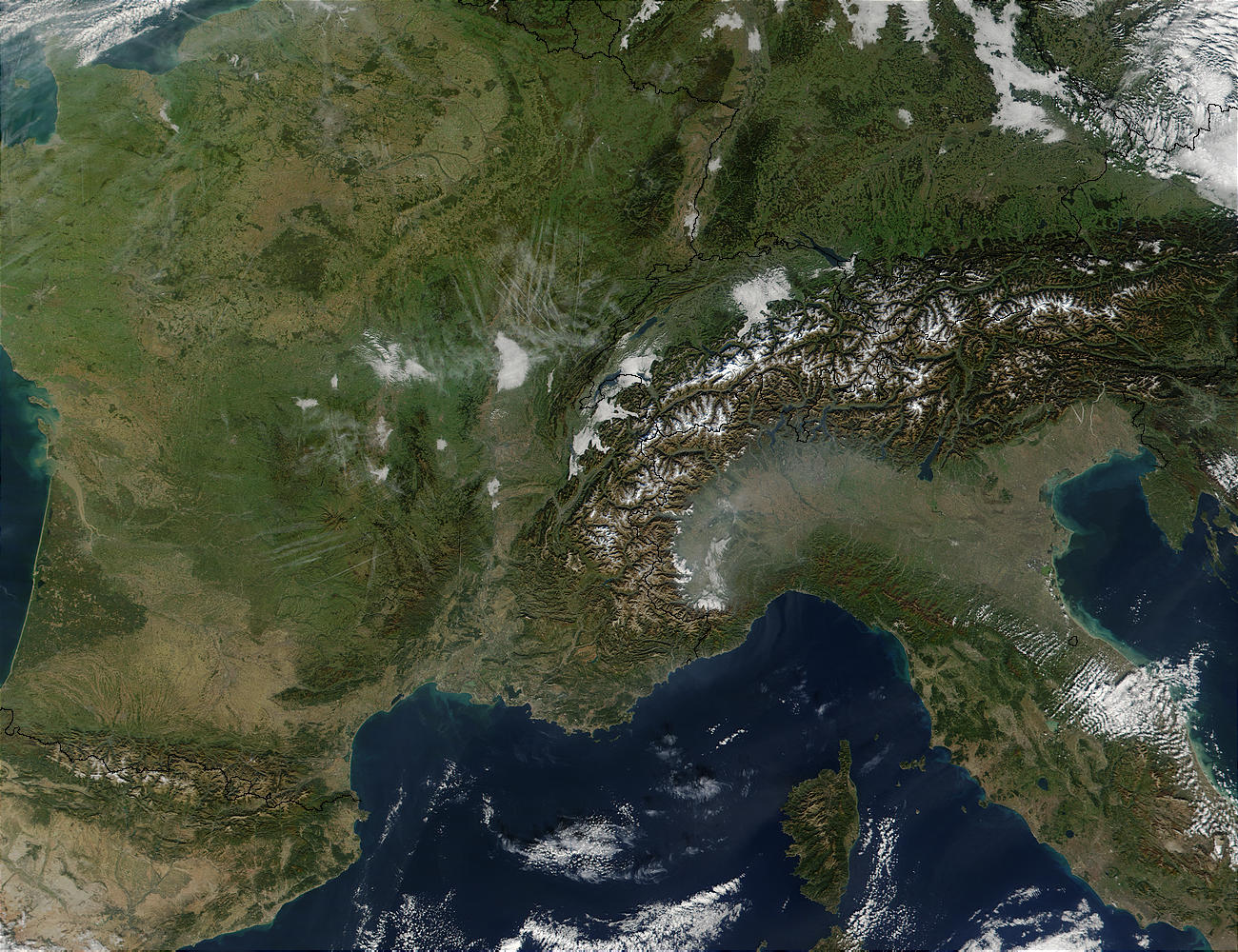 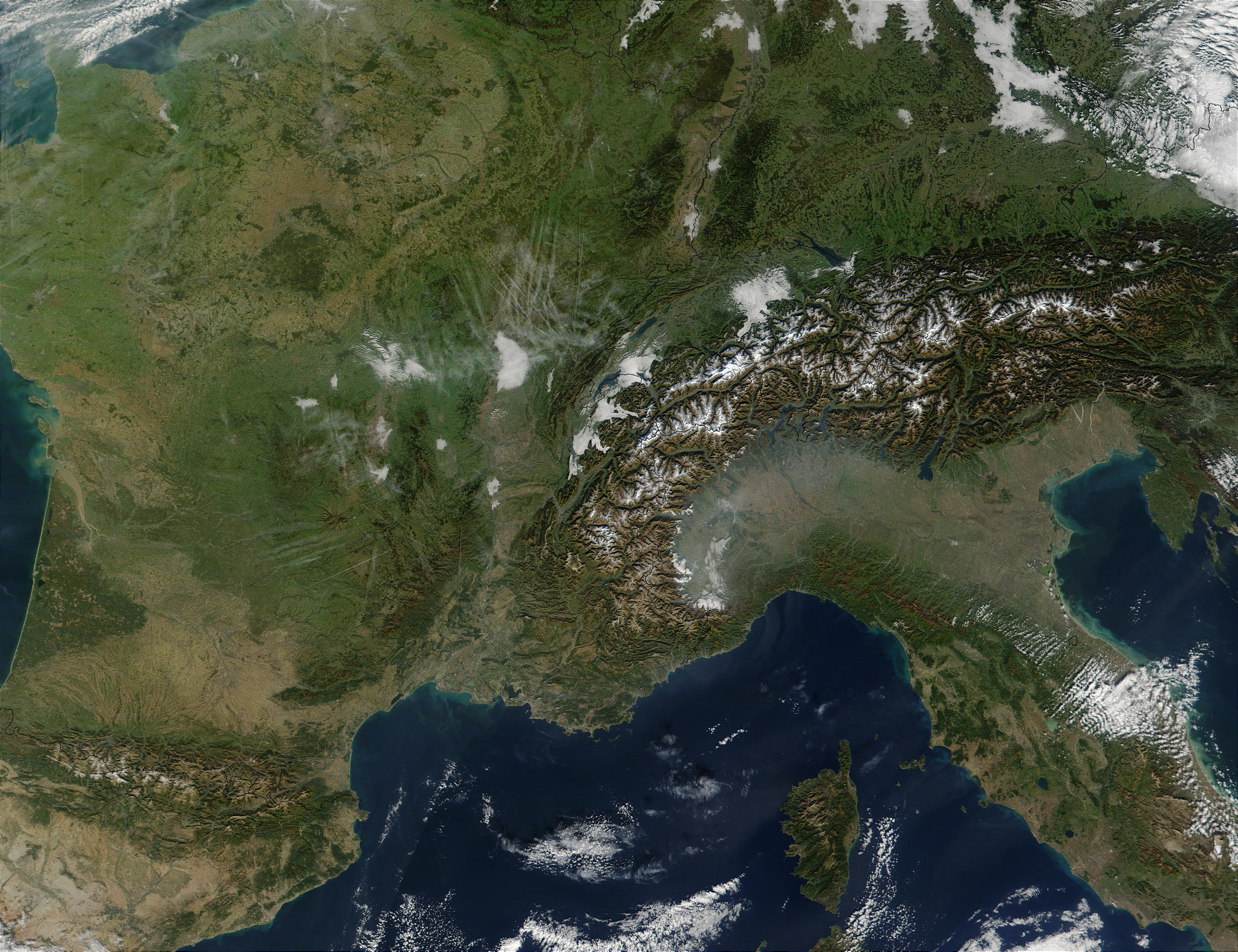 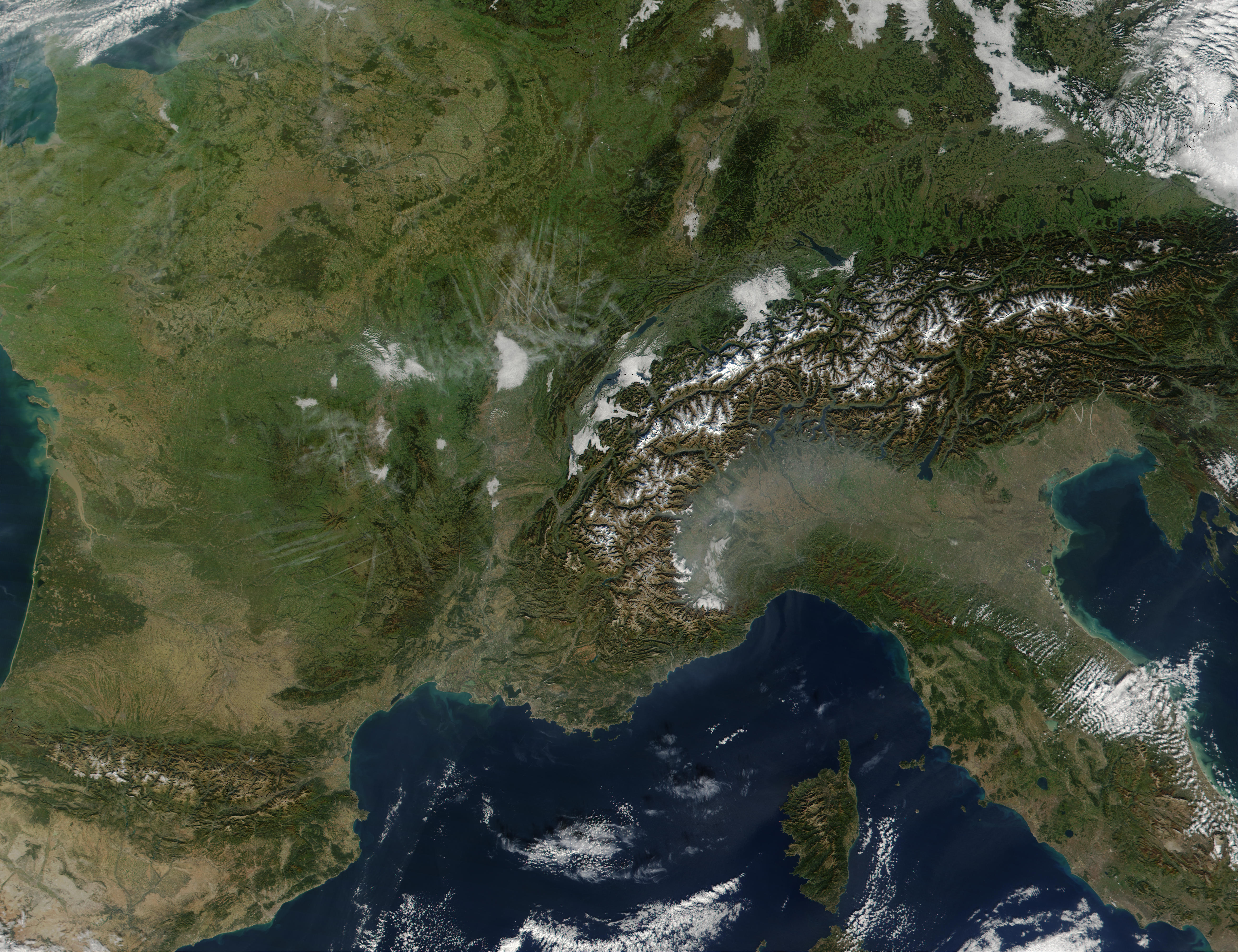 On November 3, 2001, MODIS collected this image of Western Europe. Starting at the lower-left corner of the image and moving clockwise are the countries of Spain, France, Germany, Austria, Italy, and Switzerland.

The Alps, the crescent-shaped mountain range running from the center to the right side of the image, span a length of 750 miles and cover and area of 80,000 square miles. In this image, a gray cloud of aerosols, predominantly from Italy's northwestern region of Lombardy, are corralled by the massive heights of the Alps. One large source of aerosols is the city of Milan. Home to numerous international and local industrial plants, Milan is faced with many of the same air quality problems as other large metropolitan areas.

Also visible in the image is a phytoplankton bloom in the Bay of Biscay (left), at the confluence of the Garonne and Dordogne rivers. The rivers form the Gironde Estuary, which is saturated with sediment that provides necessary nutrients for the phytoplankton.