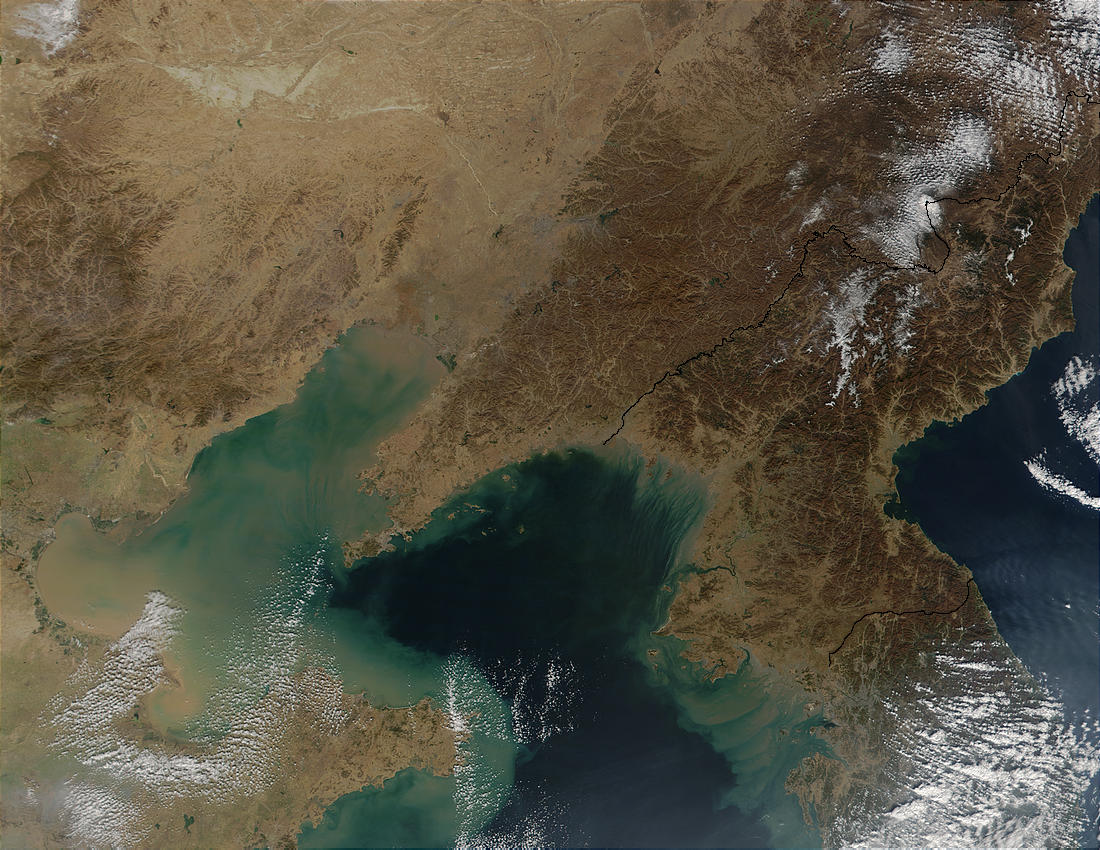 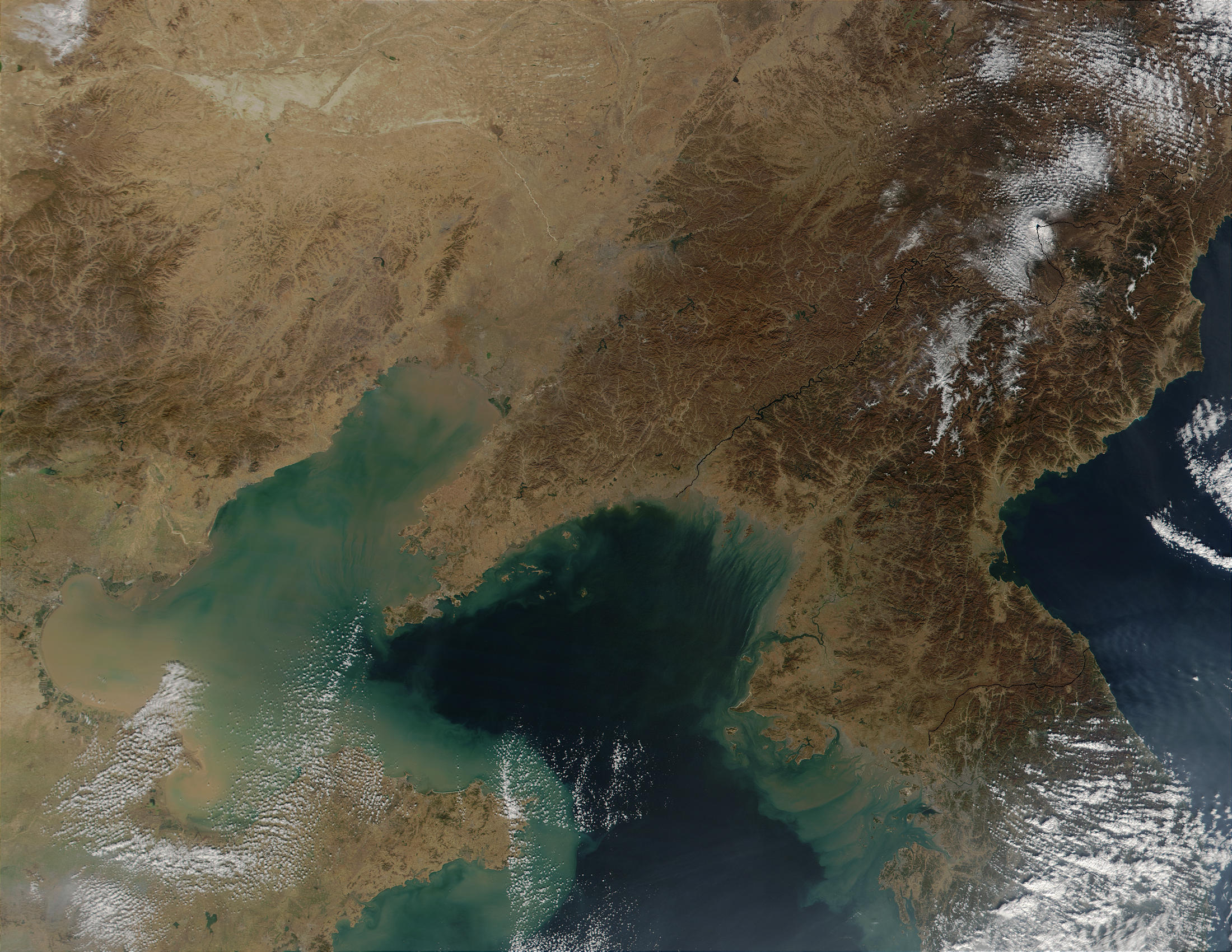 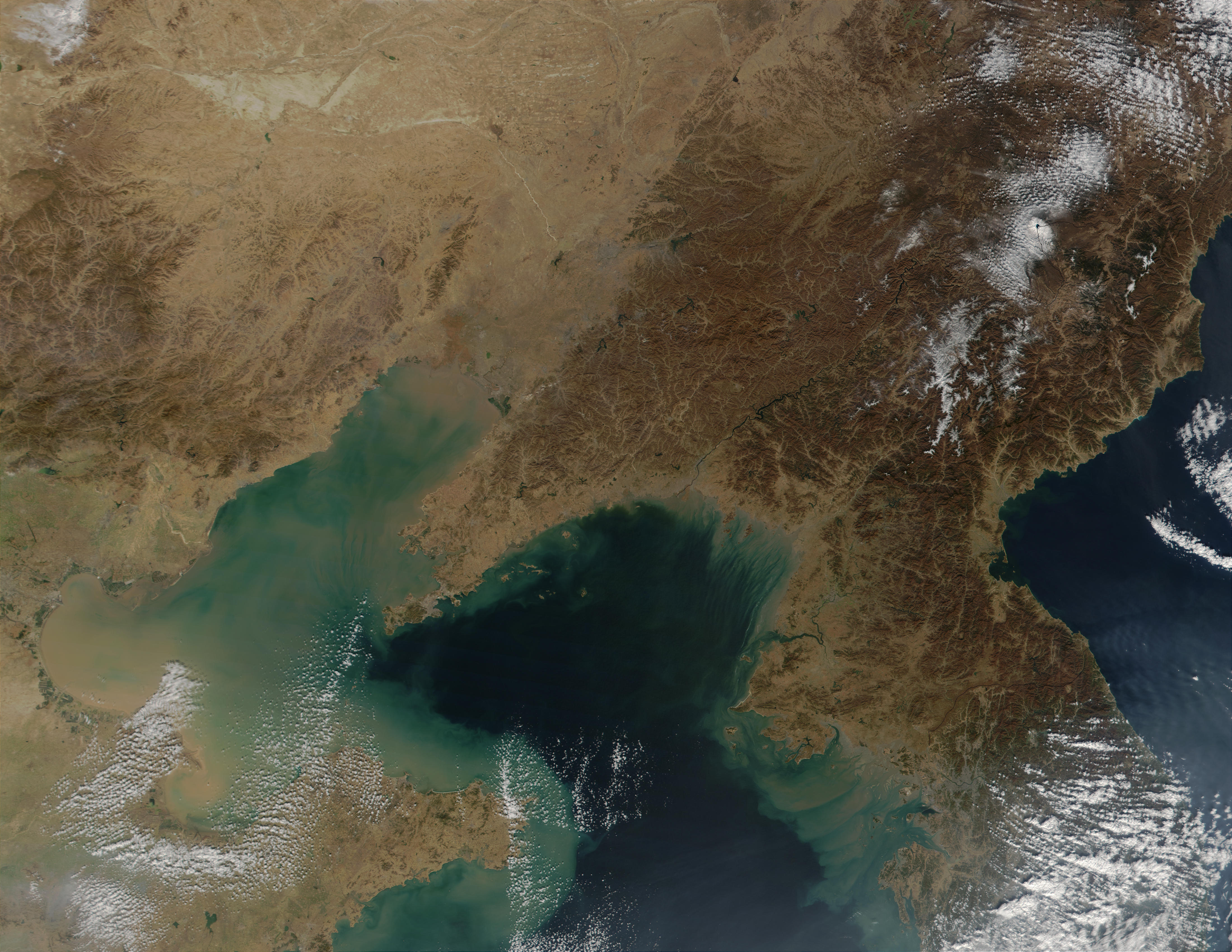 An immense mixture of sediment and phytoplankton, visible as blue-green and brown swirls, clouds the waters off China in this MODIS image captured on November 1, 2001. Bo Hai Bay, which is the body of water seen at left, is fed by three of China's larger river systems: the Xi from the north, the Hai from the west, and the Yellow River from the south. Each of the river's estuaries is marked by solid concentrations of brown coloring, which marks the nutrient-carrying sediment that phytoplankton blooms thrive on.

Also visible in this image are Korea Bay (middle), which opens to the Yellow Sea (bottom), as well as the Sea of Japan (right). The countries of China, North Korea, and South Korea, left to right respectively, are also visible.