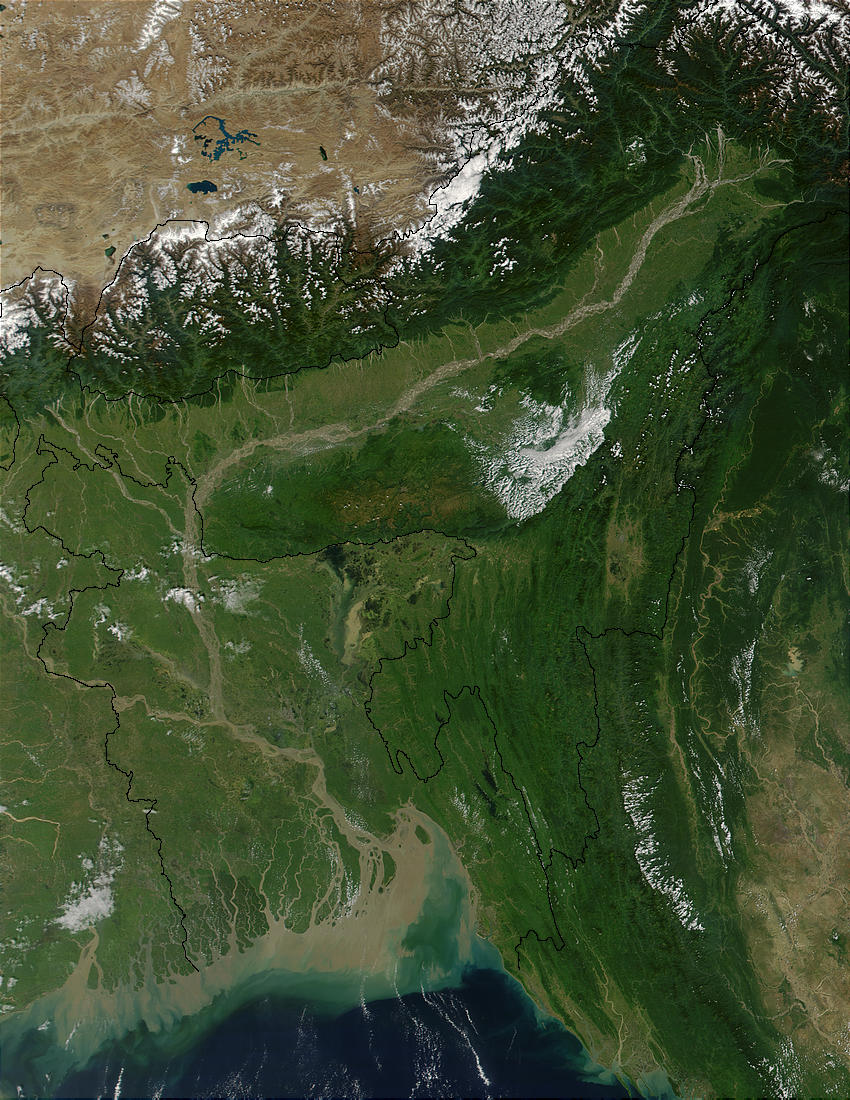 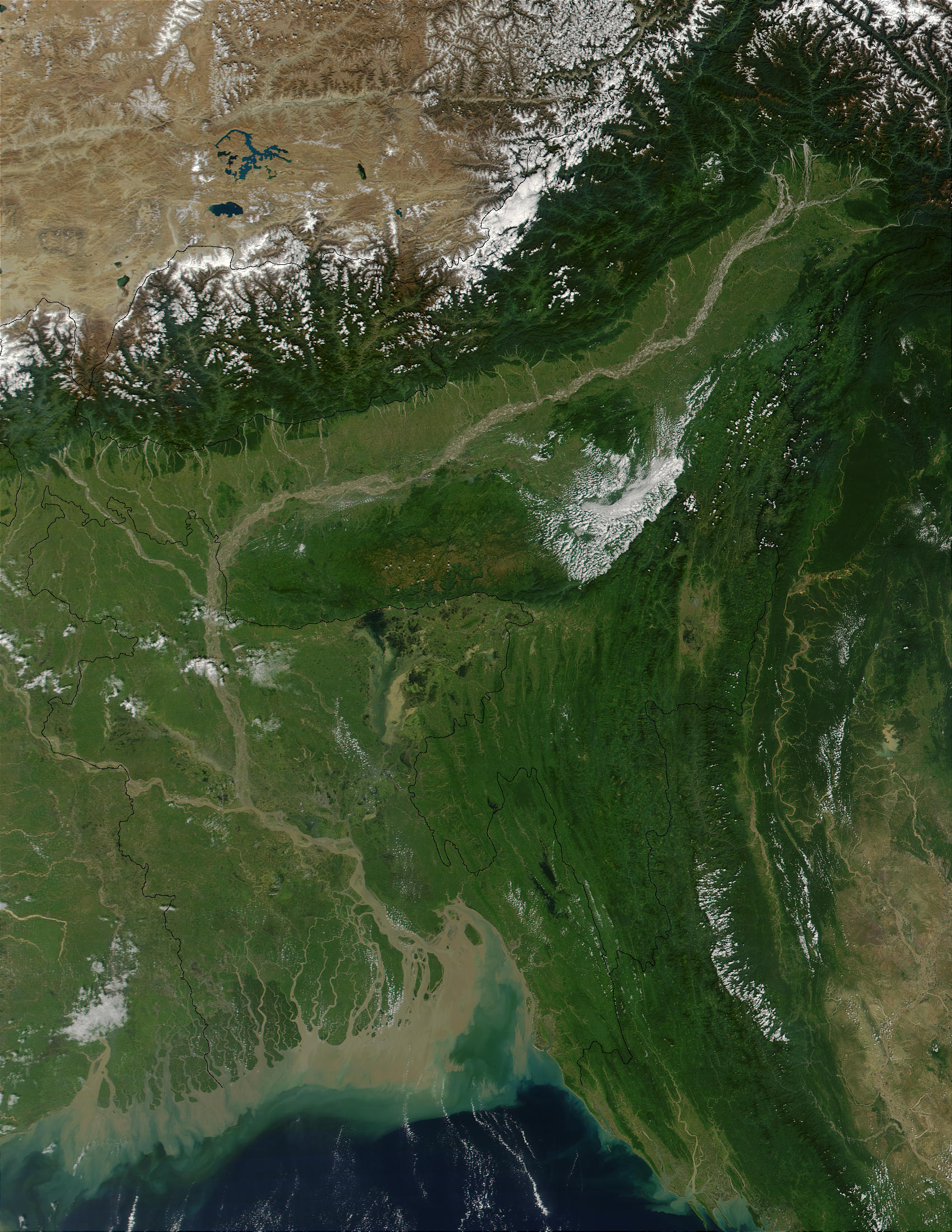 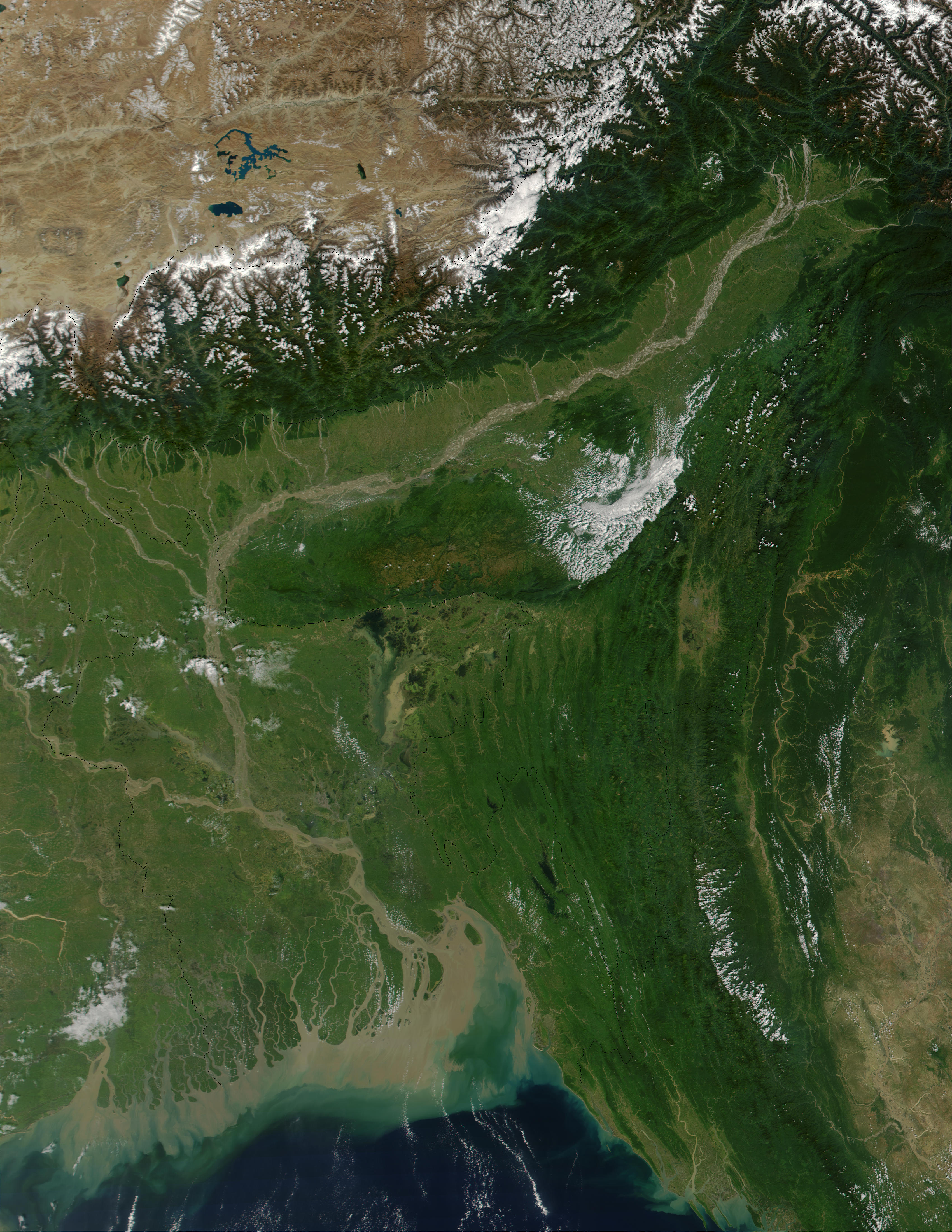 Valley of the Brahmaputra, India, and Mouths of the Ganges, Bangladesh

In this true-color MODIS image from October 23, 2001, the semi-arid Tibetan Plateau (upper left) meets up with the Himalayas to the south. From the heights of the Himalayas, snow-covered on their northern flanks, and lush with vegetation to the south, numerous rivers, brown with churned up sediment, flow into the valley of the Brahmaputra River in Assam, India.

The Brahmaputra turns southward at the border of Bangladesh and is soon joined by the Ganges River, flowing in from image left. The mighty river splits into numerous channels as it runs out toward the Bay of Bengal, giving the region the name "Mouths of the Ganges." Vast amounts of sediment are being emptied into the Bay by the river, and greenish blue swirls could be a mixture of sediment and phytoplankton.