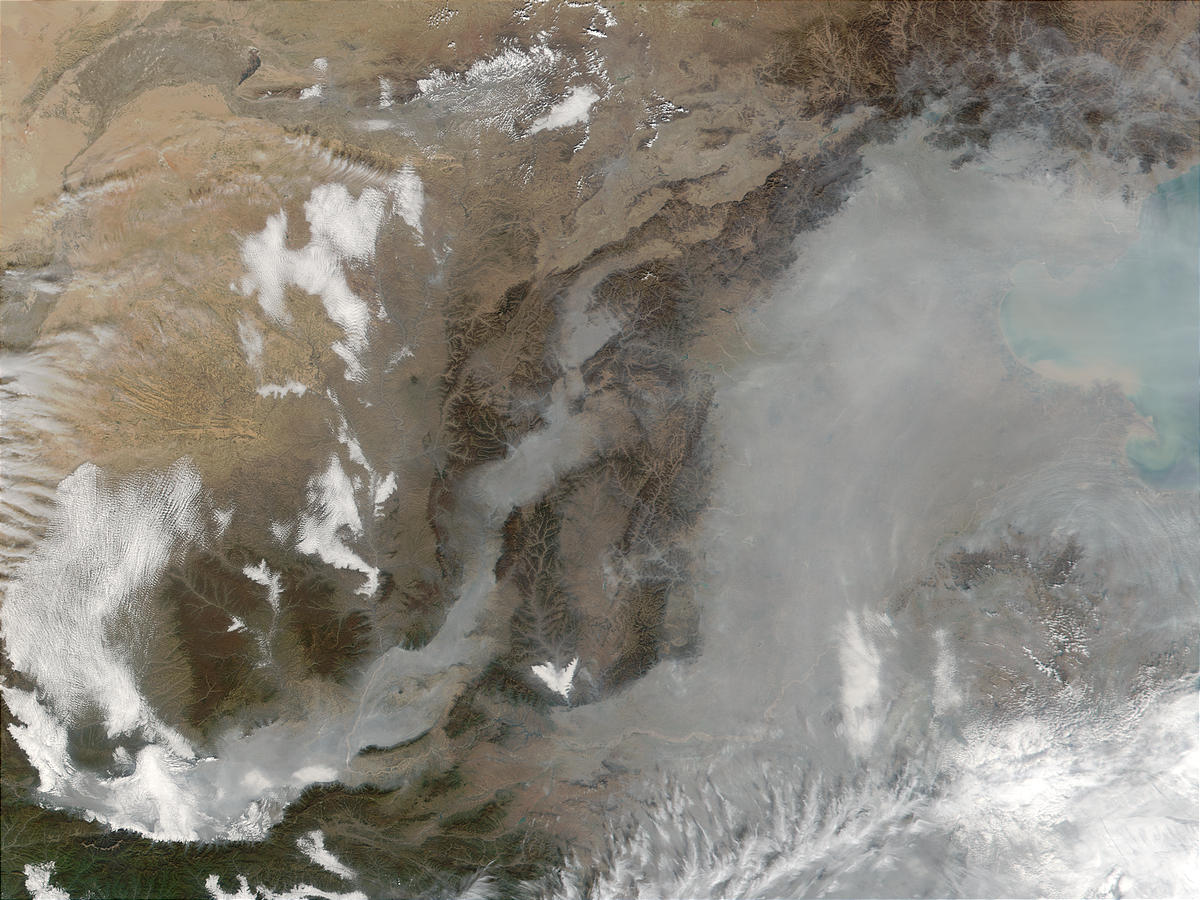 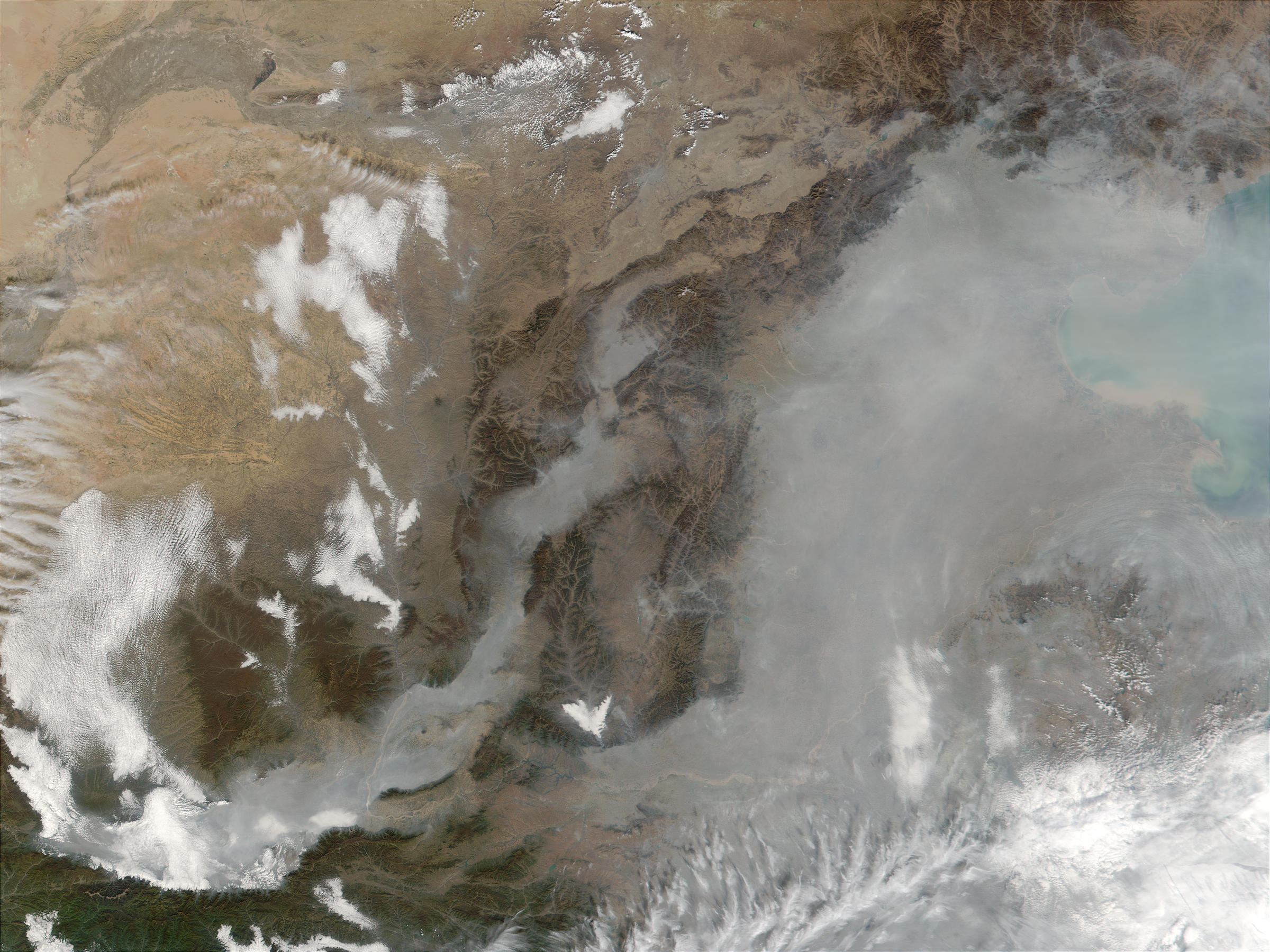 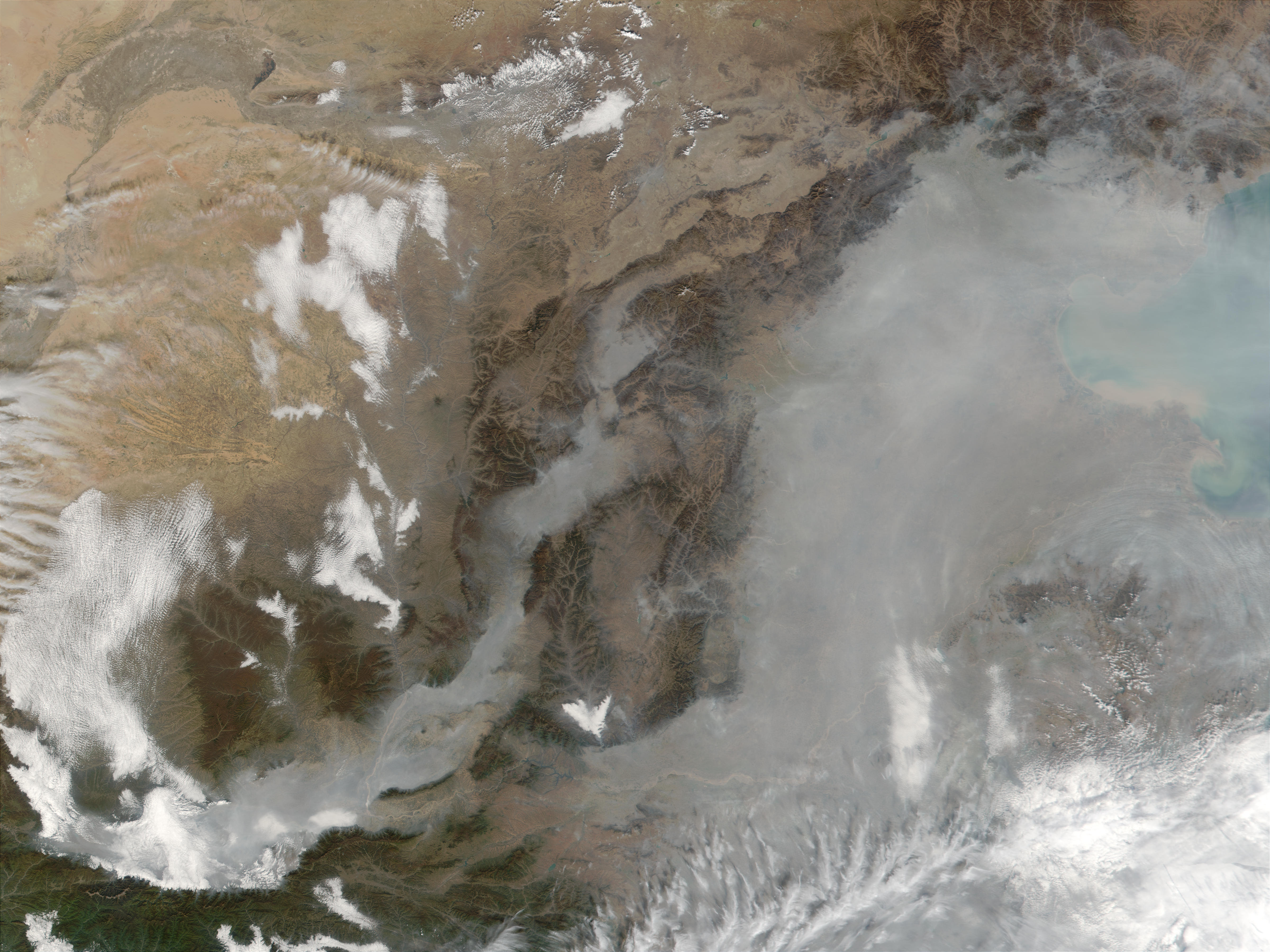 Thick aerosols blanket much of China's Huang He, or Yellow River, in this true-color image from October 22, 2001. The Yellow River begins at the upper left of the image and flows briefly east before turning south, a path it follows nearly the length of the image. This part of the river is relatively undeveloped, with few large towns or cities. Near the bottom center of the image, the river makes a second eastward turn and flows out across the plain where it empties into Bo Hai Bay.

The location of the aerosols reflects the interaction of human geography, topography, and regional weather. Large cities, sources for aerosol emissions, are located along river valleys. For example, in the center of the image, aerosols are packed into the Fen River Valley, which flows southwest and into the Yellow River. Both the large aerosol cloud along the coast and the smaller pockets along the river valleys follow the lines of rising terrain.

What kept the aerosols confined to the lower elevations on this day was a strong temperature inversion. Normally, air temperature decreases as altitude increases. On those days, the temperature and pressure gradients cause warmer surface air to move upward, allowing the aerosol emissions to escape from the surface and disperse.

On this day, however, a temperature inversion occurred, and cold, dense air was trapped near the surface, while the air above was warmer. In this situation, mixing of the atmosphere was suppressed, the cold dense air didn't rise up, and emissions stayed trapped near their source, confined to the lower elevations. This situation happens often in winter, because the surface of the Earth loses heat rapidly at night, and when dawn arrives, the weaker winter sunlight takes much longer to warm it back up.

Credits: Thanks to Dr. Si-Chee Tsay and Alan Chu for analysis and interpretation