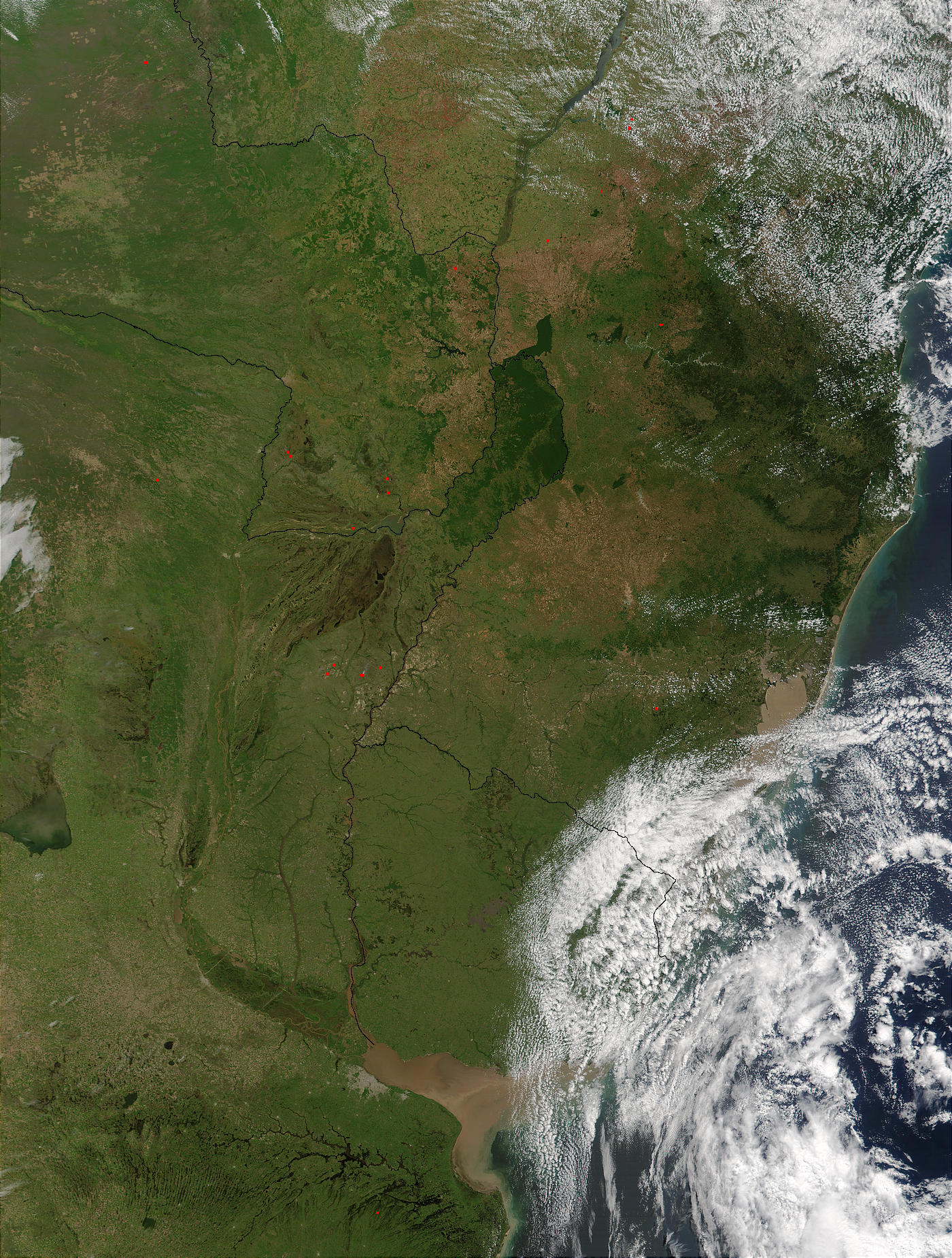 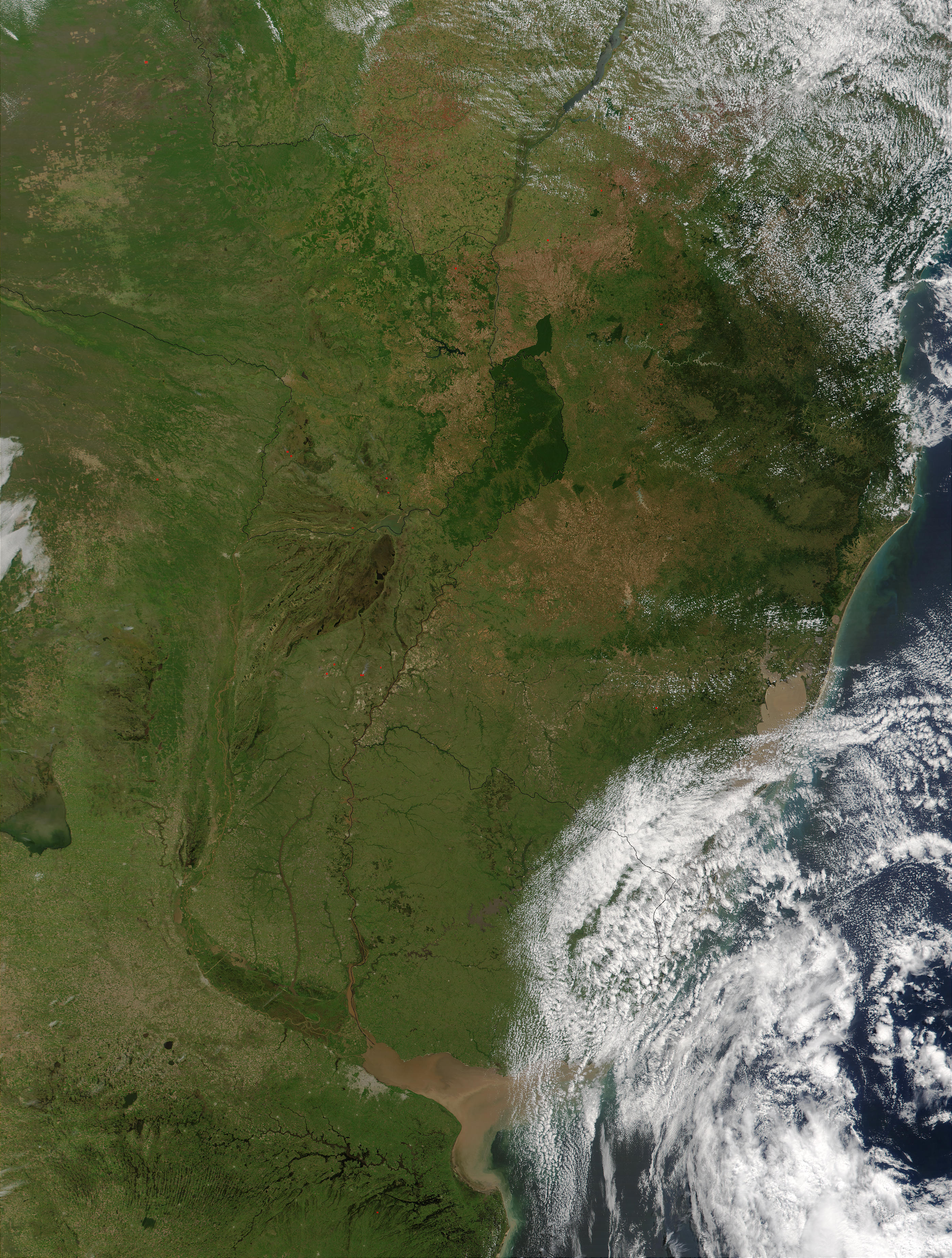 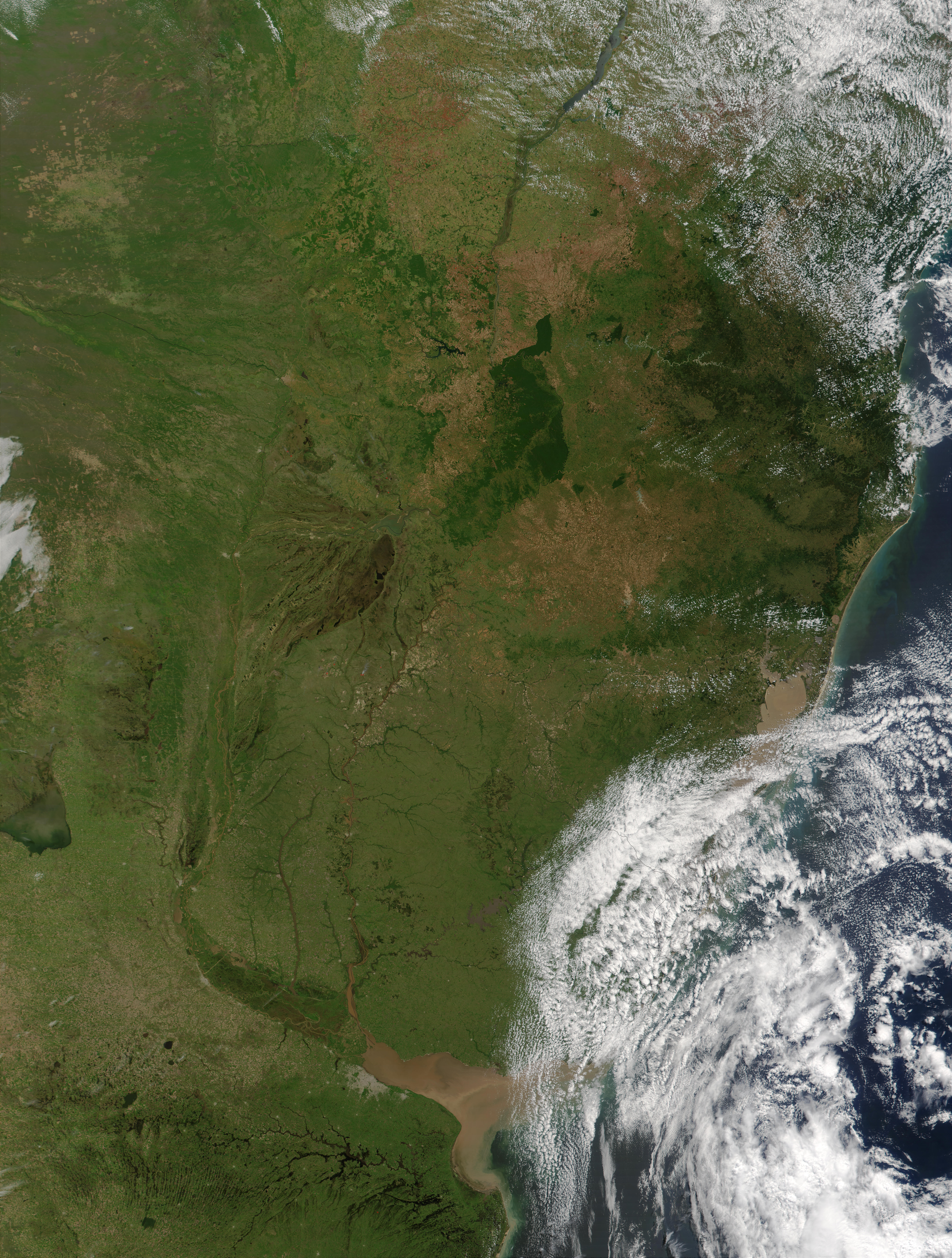 The verdant characteristics of springtime have begun to overtake the southeastern region of South America in this true-color MODIS image acquired from data collected on October 22, 2001. Paraguay, Brazil, Uruguay, and Argentina, clockwise from the upper-left hand corner respectively, are all reflecting the seasonal change, as the southern hemisphere enjoys the rites of spring. A particularly dark green mass that is just above the center of the image marks the extensive subtropical pine forests and luxuriant fields of the Argentina's northeastern province of Misione.

Originating in Brazil, and flowing along the southern half of Misione's lush forests, is the Uruguay River, which separates Argentina from both Brazil and Uruguay. It continues southward and eventually empties into the Rio de la Plata estuary, at the bottom-center of the image, discharging an immense amount of sediment. This influx of sediment into the water provides a source of nutrients for the phytoplankton blooms that can be seen as blue-green swirls up and down the coastline.