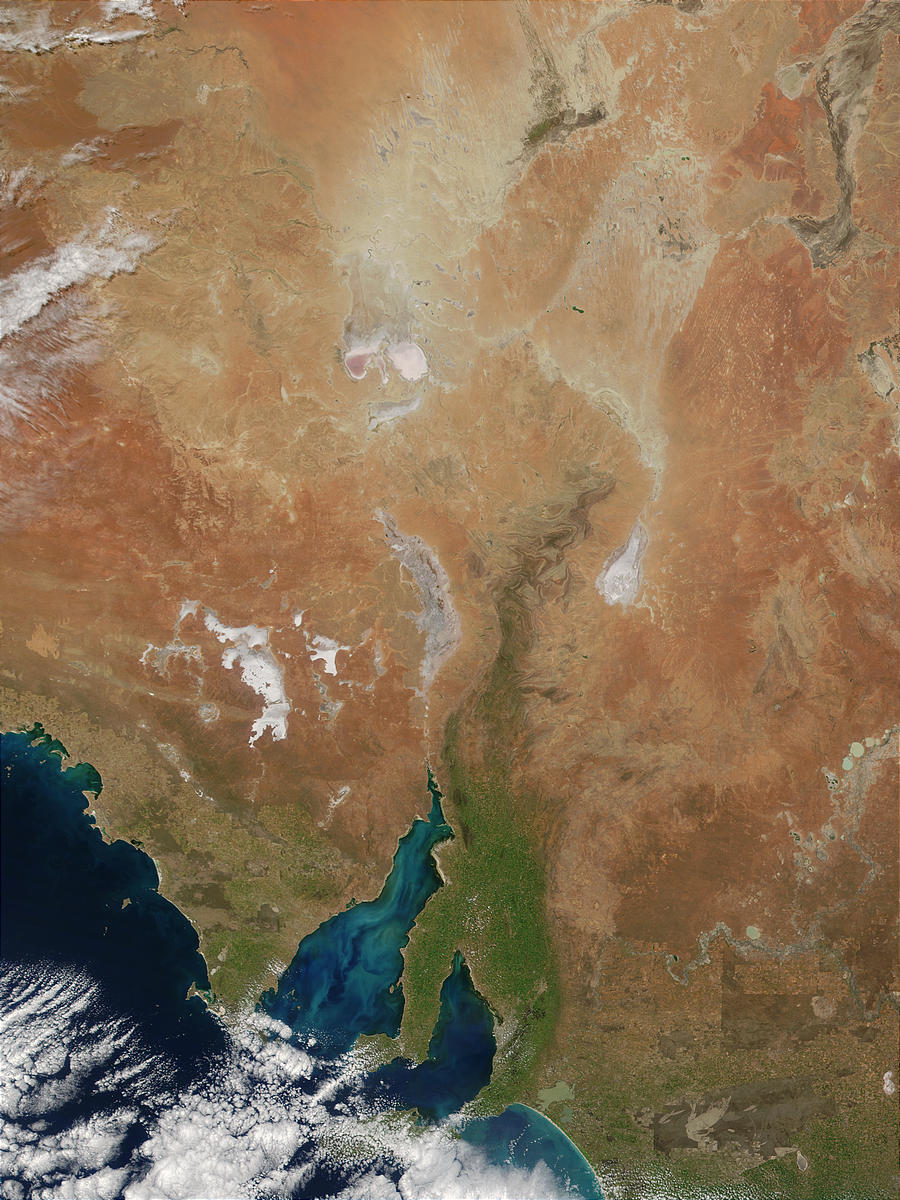 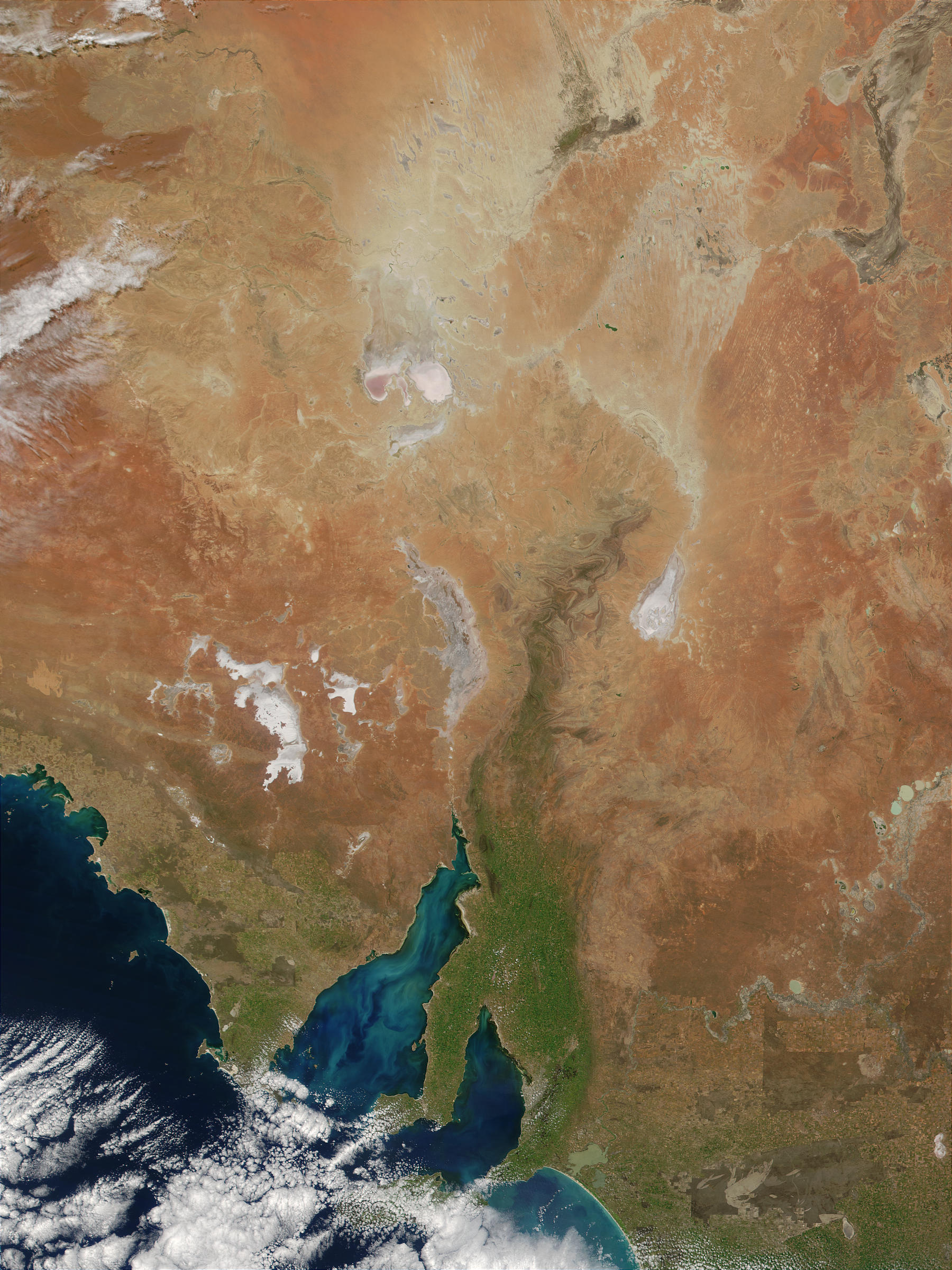 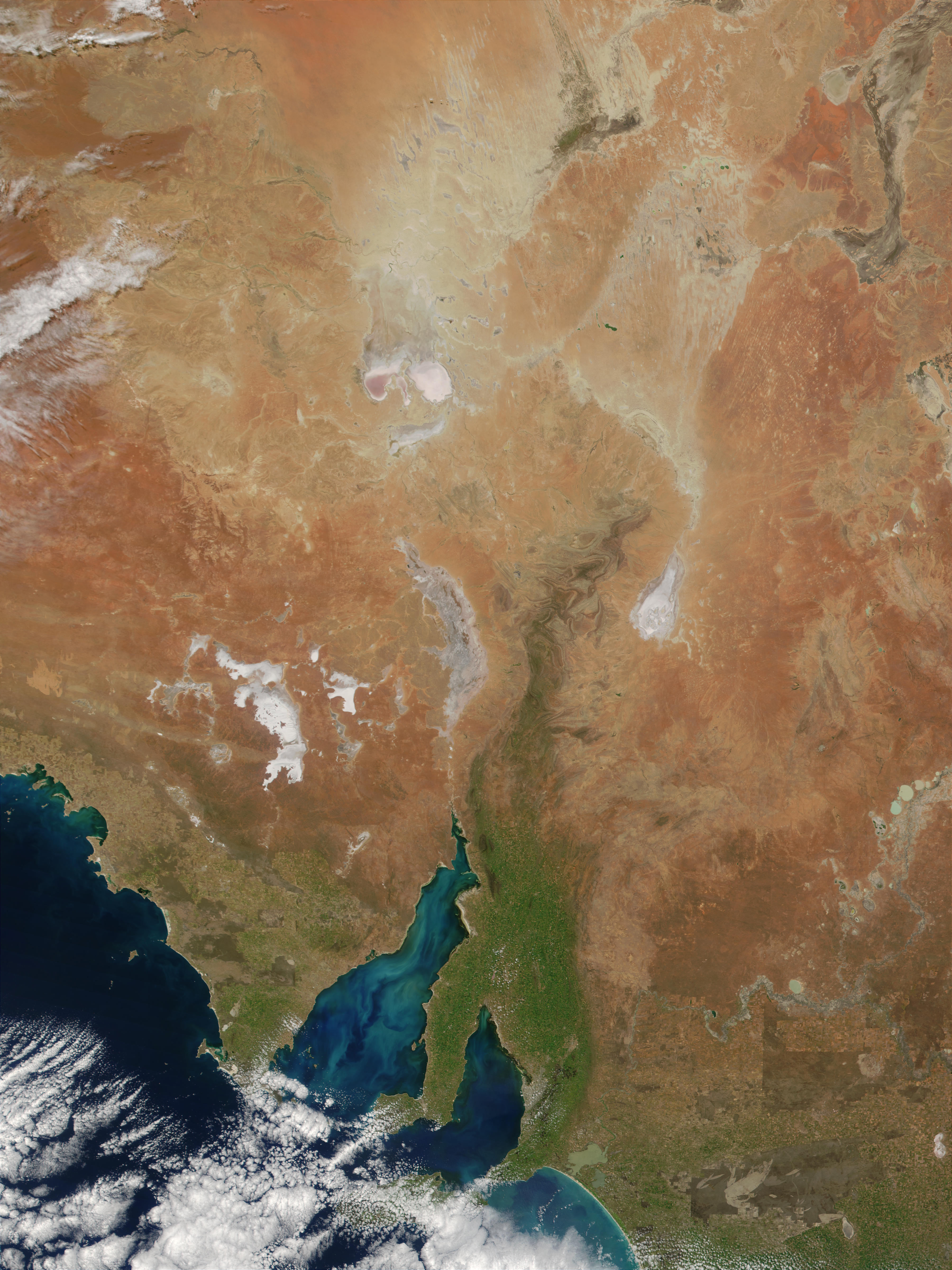 Summer in southern Australia is the dry season, and in this true-color MODIS image of South Australia and the Spencer Gulf from October 20,2001, the area's vegetation is losing much of the lushness it possessed in the winter rainy season (See image from September 19, 2001).

In southern hemisphere summer, the high pressure systems that dominate the continent's weather move south, and block the rain-bearing westerly winds. The resulting changes in seasonal rainfall are extreme. Many of the rivers are impermanent, and flow into dry or impermanent salt lakes, such as Lake Torrens (long, thin lake bed, roughly in the center of the image), and Lake Eyre (pink and white lake bed to the northwest of Torrens).

Between the Eyre Peninsula (lower left) and the Yorke Peninsula further east lies the Spencer Gulf, showing the blue-green swirls that indicate a phytoplankton bloom. Australia gets less rainfall than any continent except Antarctica, and the low and seasonal flows contribute to problems with salinity and algal blooms in the continent's surface waters.