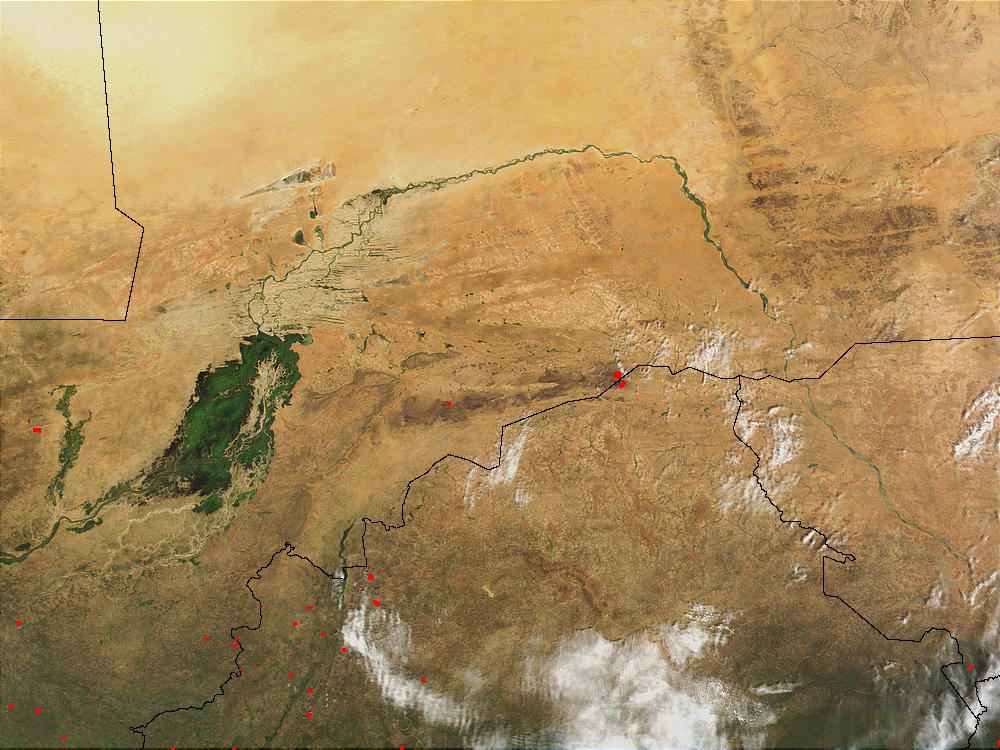 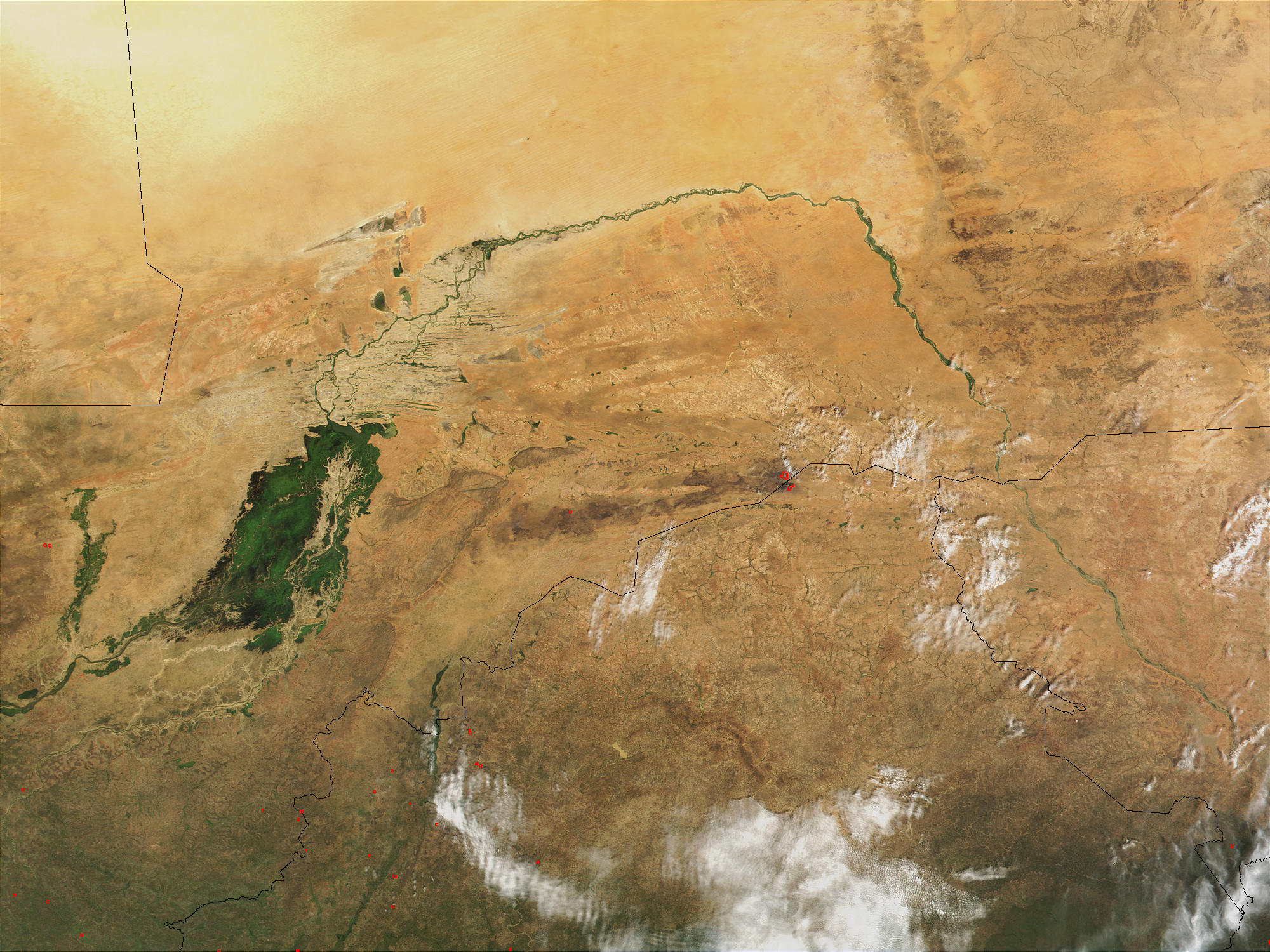 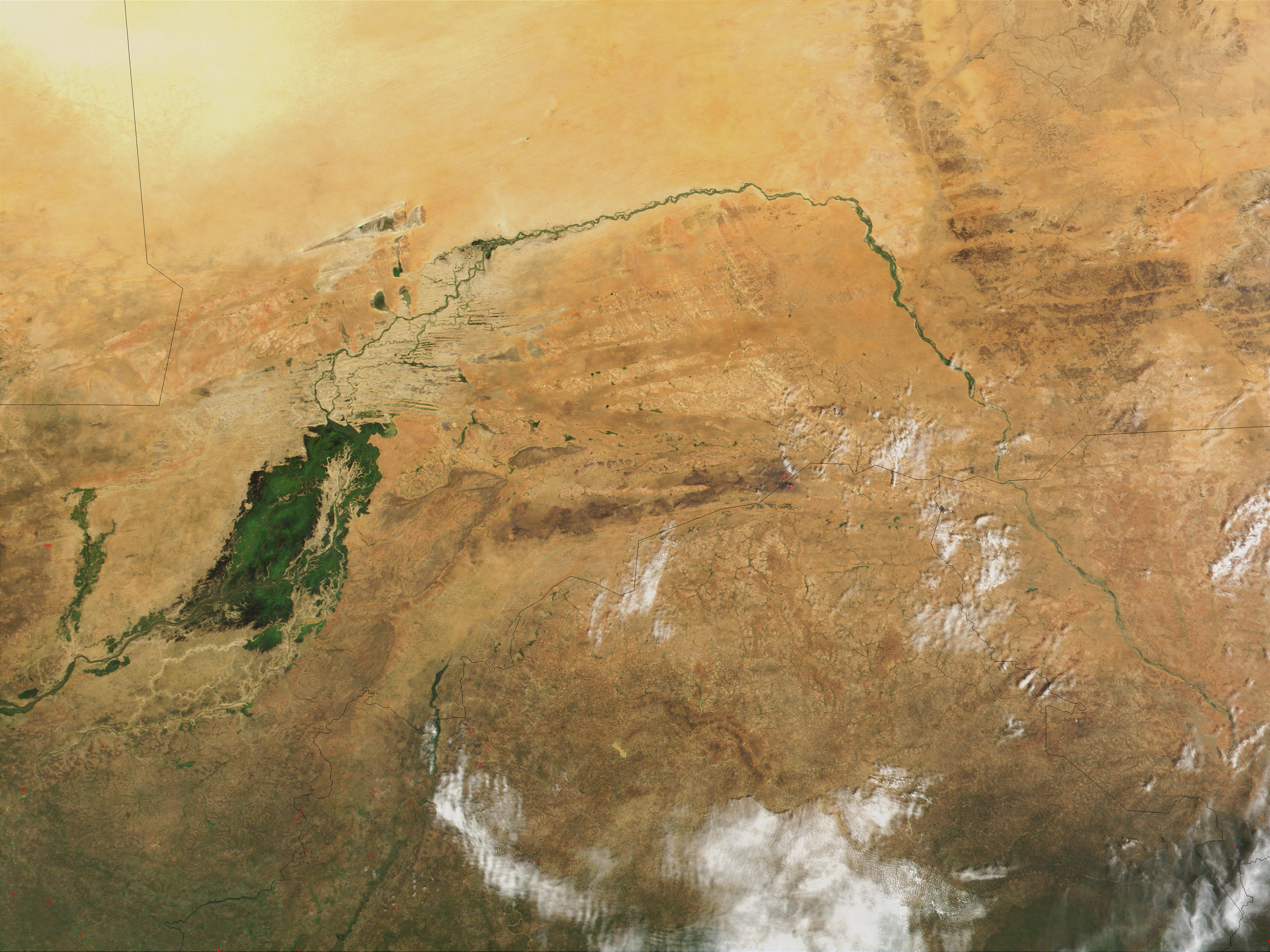 Just south of the Sahara Desert in Africa, the Niger River creates a lush area of wetlands and lakes in an otherwise arid environment. In this true-color MODIS image from October 18, 2001, the Niger enters at left as a thin strip of green and flows northwest through Mali. The river then turns south and heads into the country of Niger.