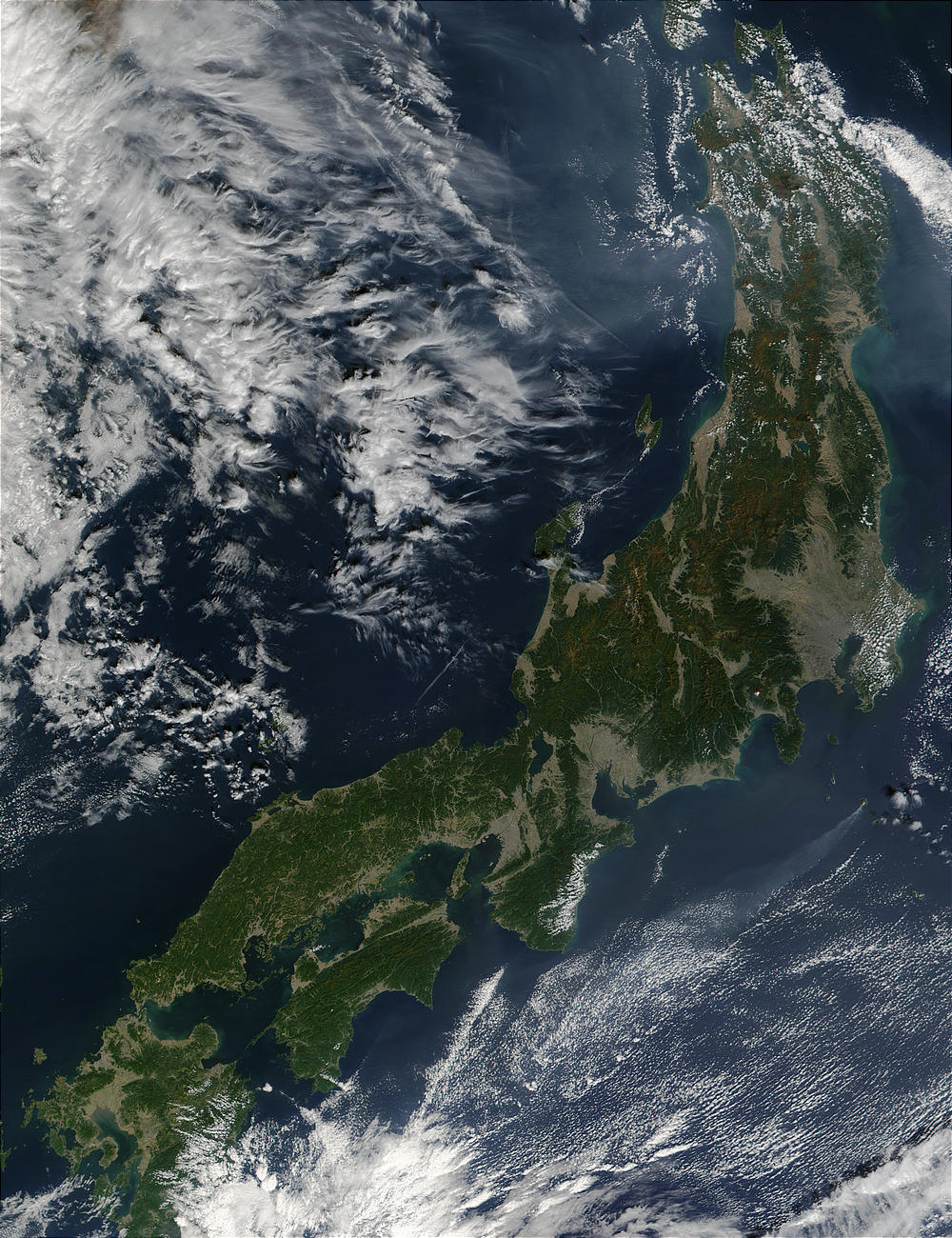 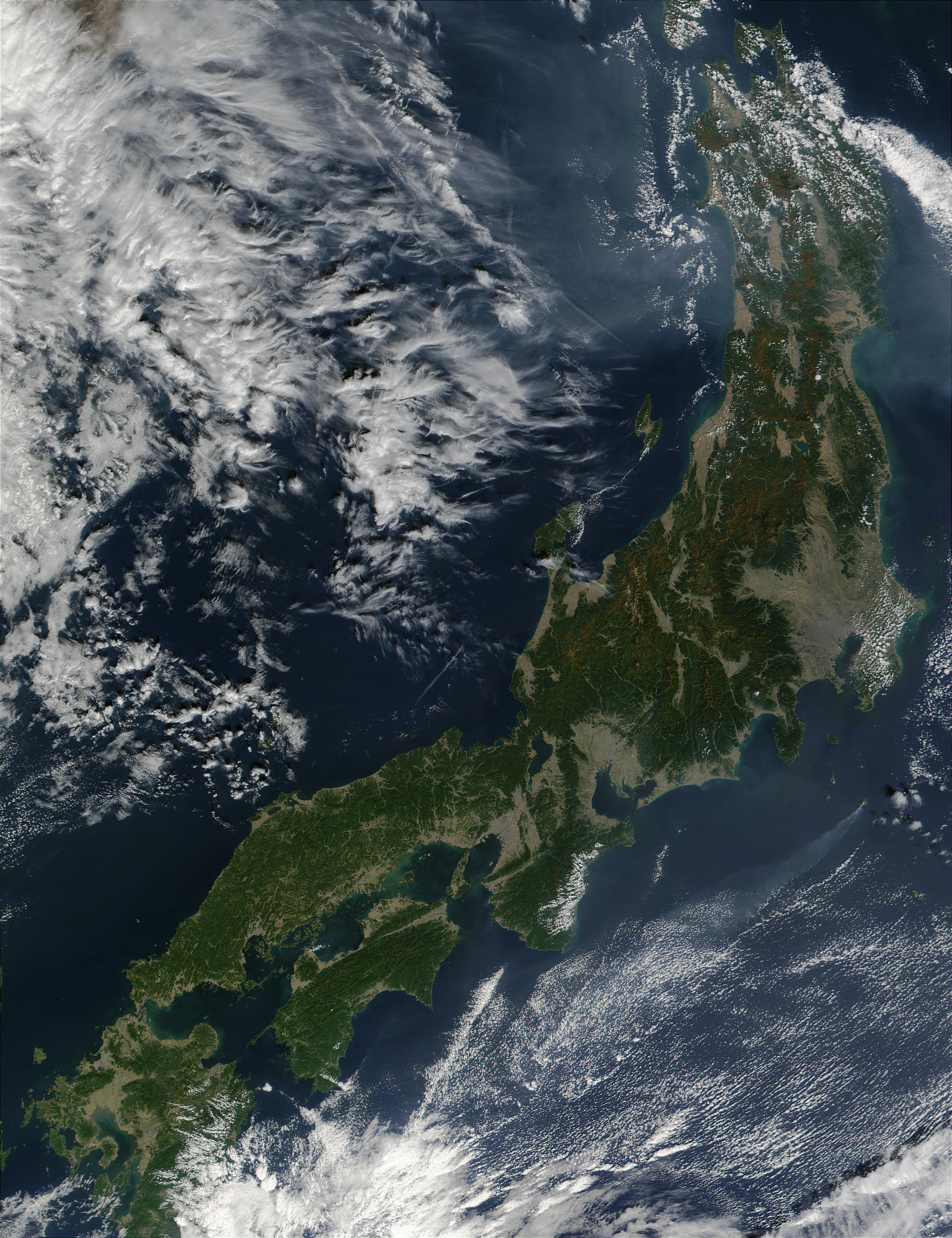 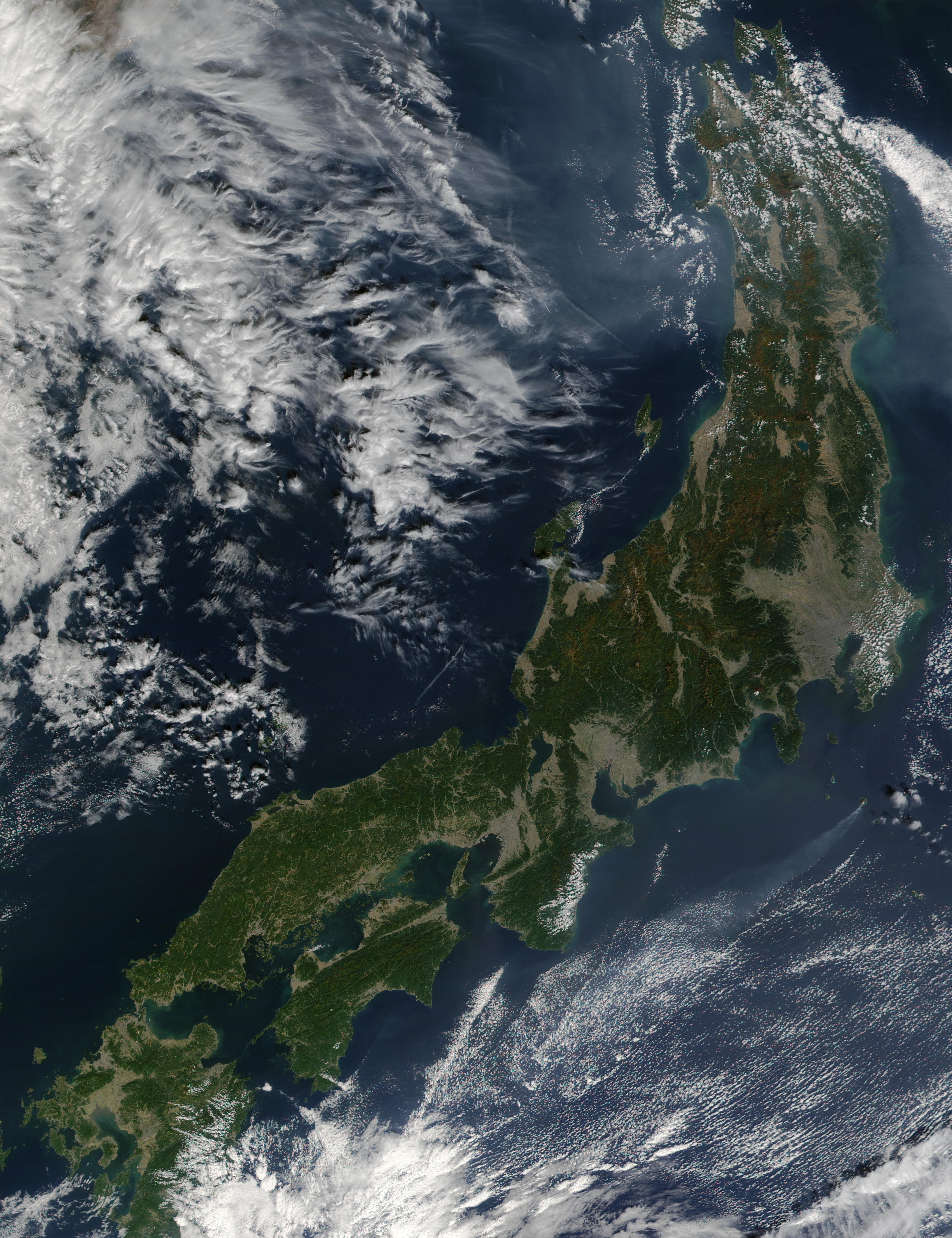 This true-color MODIS image of Japan was captured from data acquired on October 15, 2001. The visible islands are Honshu, which is the largest of the Japanese Islands, Shikoku, and Kyushu, from top to bottom respectively. Clearly visible in this image are Japan's urban centers of Tokyo, Nagoya, and Osaka. The large gray mass that can be seen as the right-center of the image, on the coast of Honshu, is Tokyo, and the two smaller gray colorings to the southeast of Tokyo are Nagoya and Osaka.

Also visible in this image is possible volcanic activity coming from Miyake-jima, a small island south of Tokyo. A long smoke plume can be seen originating from this island and blowing in a southeastern direction.