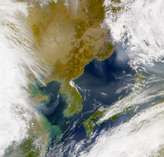 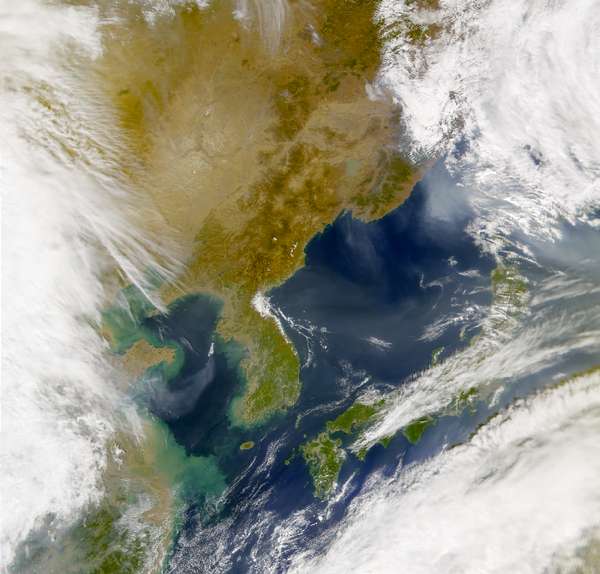 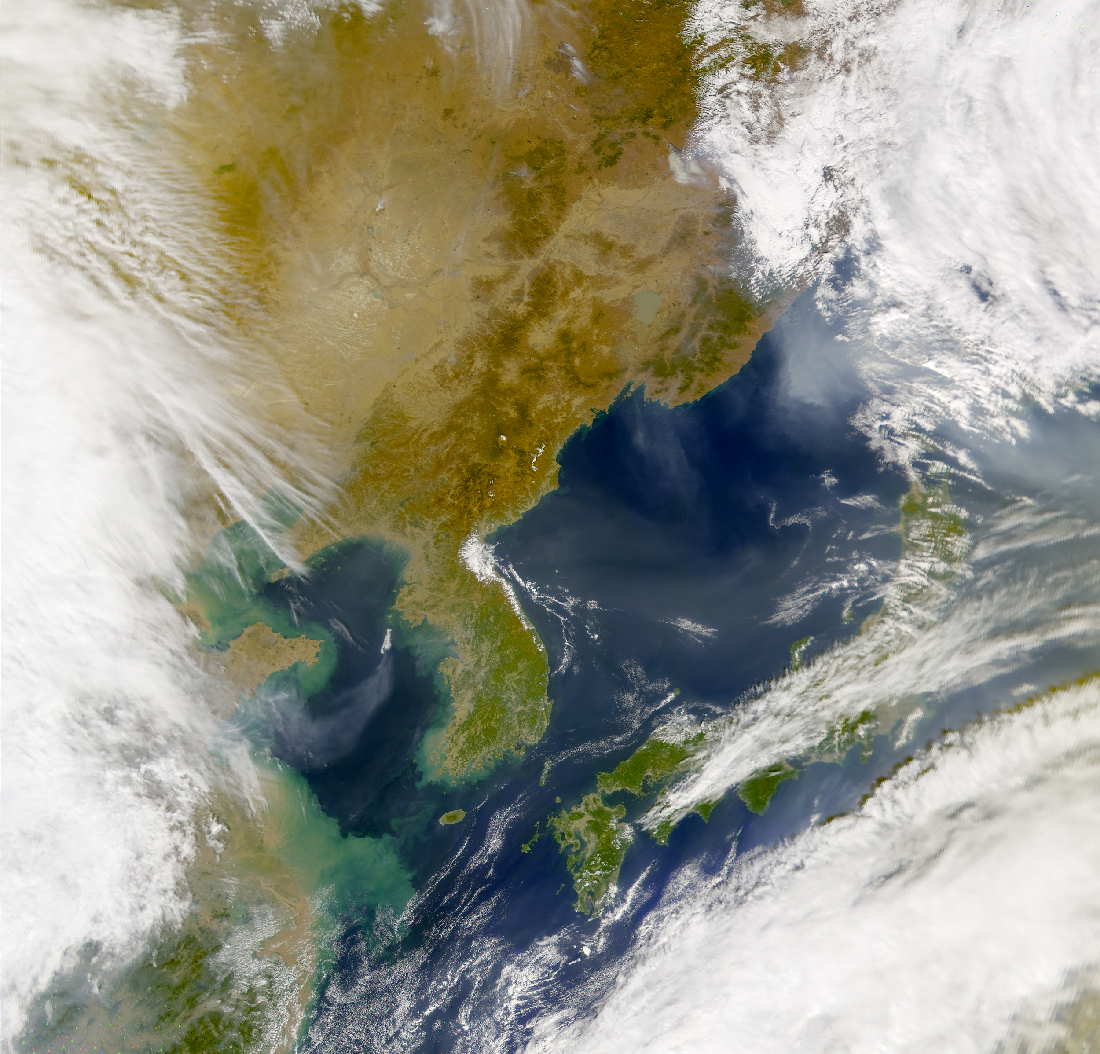 This Sea-viewing Wide Field-of-view Sensor (SeaWiFS) image of eastern Asia from October 14, 2001, shows large amounts of aerosol in the air. A few possible point sources of smoke, probably fires, are visible north of the Amur River at the very top of the image. One of the larger of these plumes can be seen down river of the confluence of the Songhua and Amur rivers.

At lower left, the Yangtze River plume in the East China Sea is also very prominent. Sediment suspended in the ocean water is quite brown near the shore, but becomes much greener as it diffuses into the water. The increasing greenness of the river plume is probably an indication of enhanced phytoplankton growth driven by the nutrients in the river runoff.