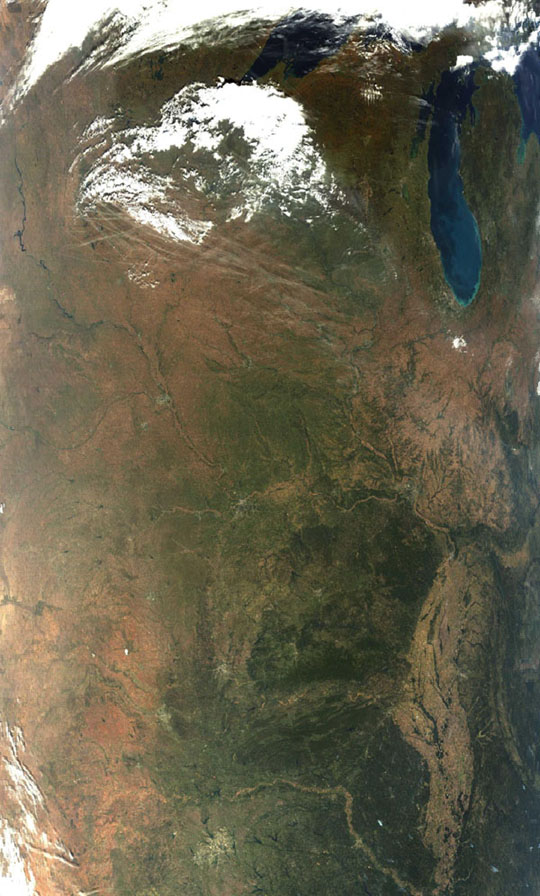 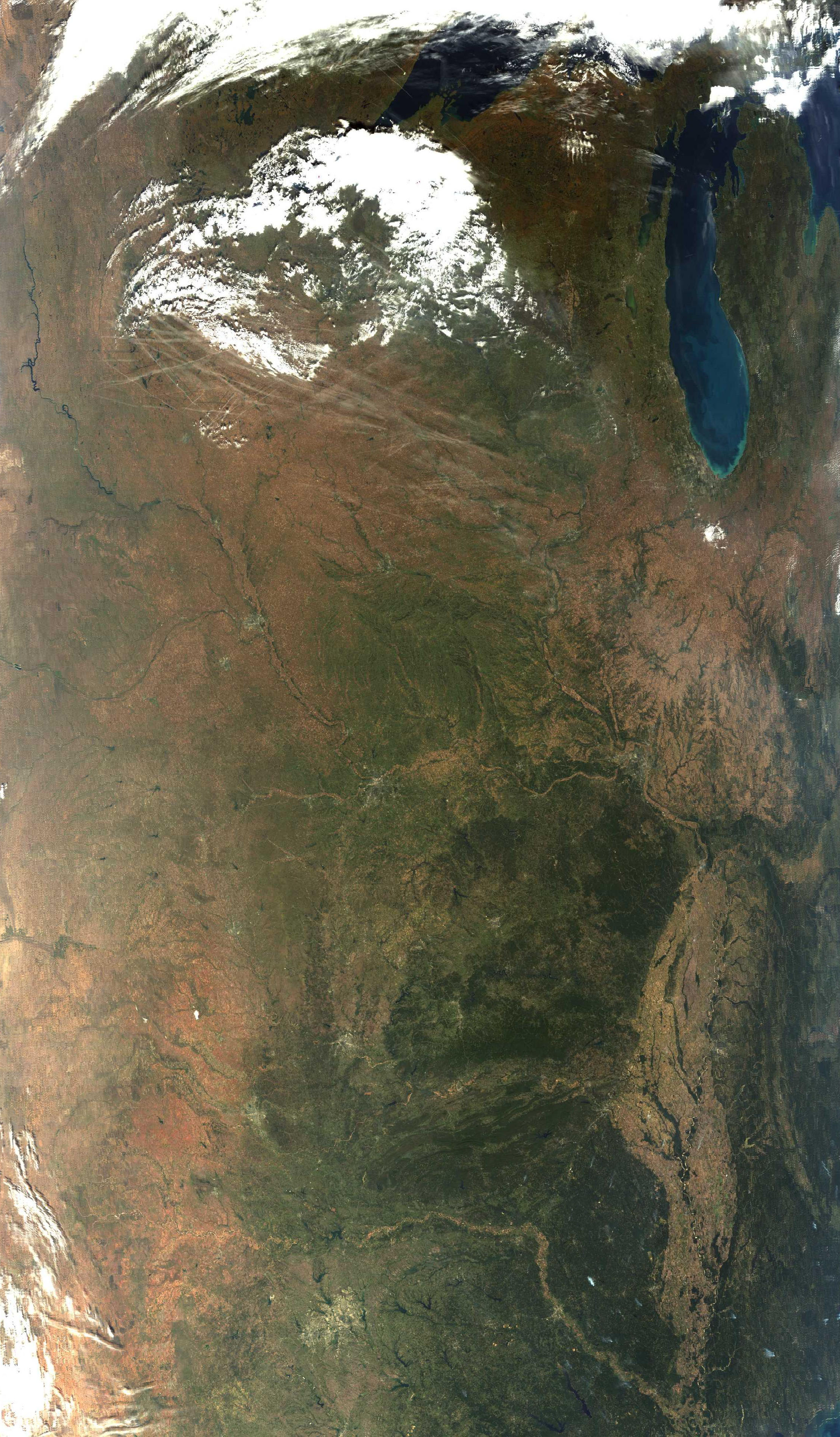 This MODIS image of the central United States from October 2, 2001, reveals the colors of autumn developing throughout the forests of the Great Lakes region. In the upper right and upper center of the image, green is becoming brick red in the forests around Lake Superior (center top edge) and Lake Michigan (upper right). To the west of Lake Michigan, numerous airplane contrails are visible south of the clouds. The Mississippi River runs north-south along the right of the image, and the Arkansas River flows into the Mississippi at the lower right.