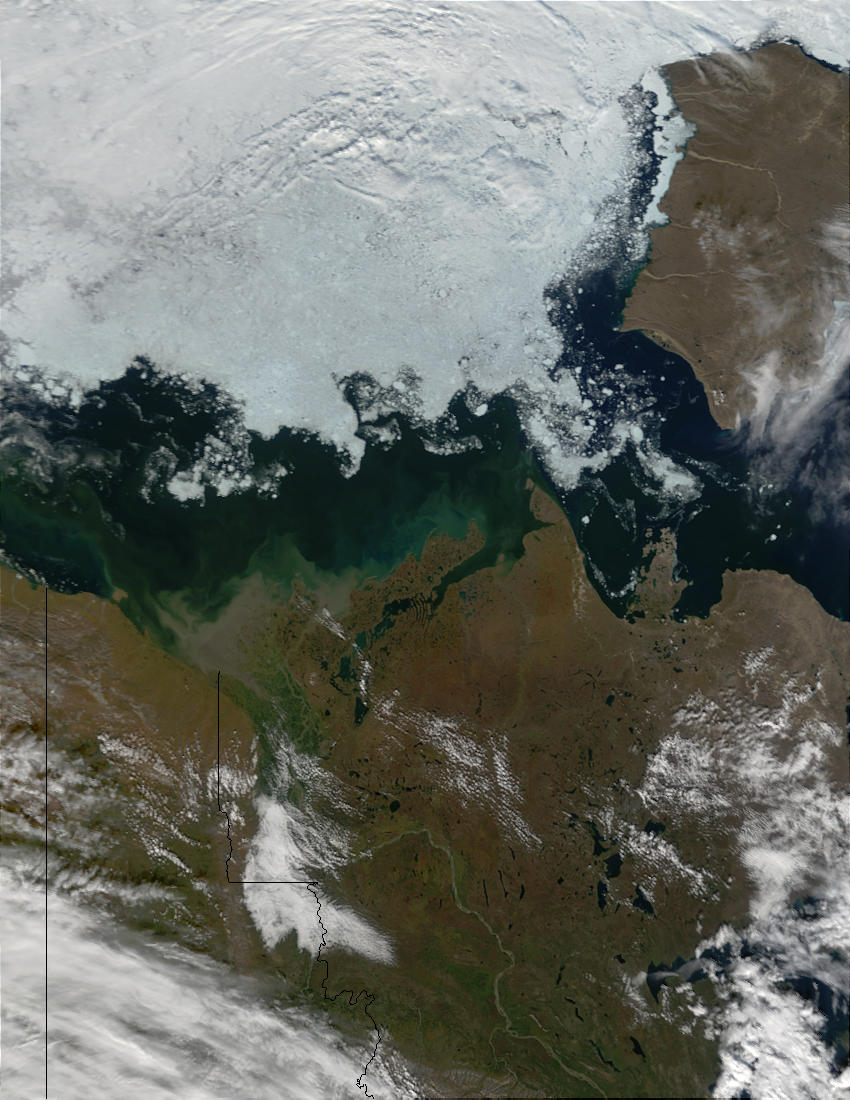 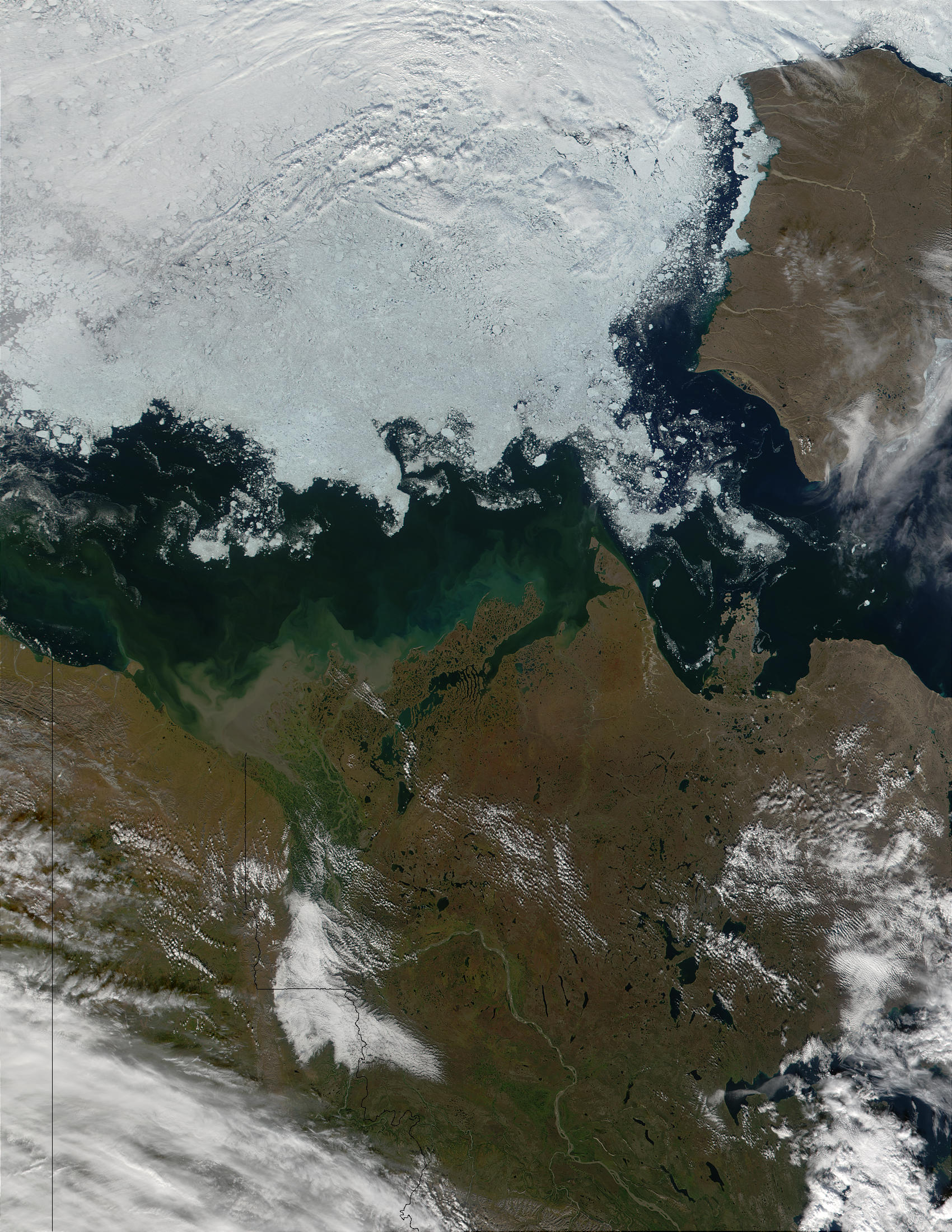 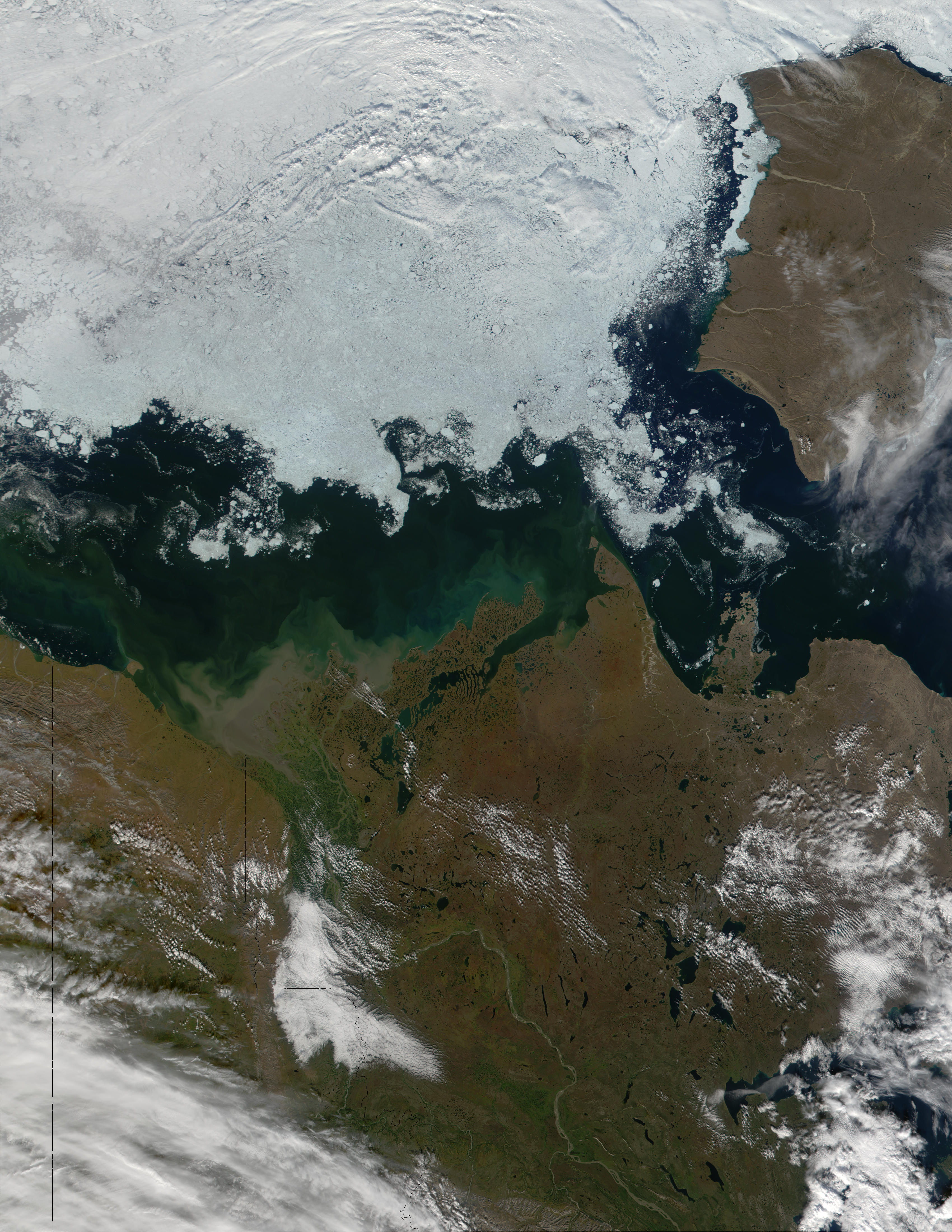 In Northwest Canada, the short summer is drawing to a close, and this MODIS true-color image of eastern Alaska (far left), the Yukon Territory (left), the Northwest Territory (center and right), and Banks Island (upper right) reveals sea ice not far from land. The Mackenzie River, Canada's longest river, appears as a strip of brown running from the lower right northwestward, where it empties into Mackenzie Bay. Along the river's course, vegetation stands out in green, and the Bay appears awash in sediment near the river's mouth. Farther into the Bay, darker swirls may indicate a phytoplankton or algal bloom.