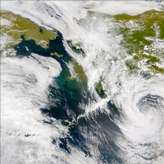 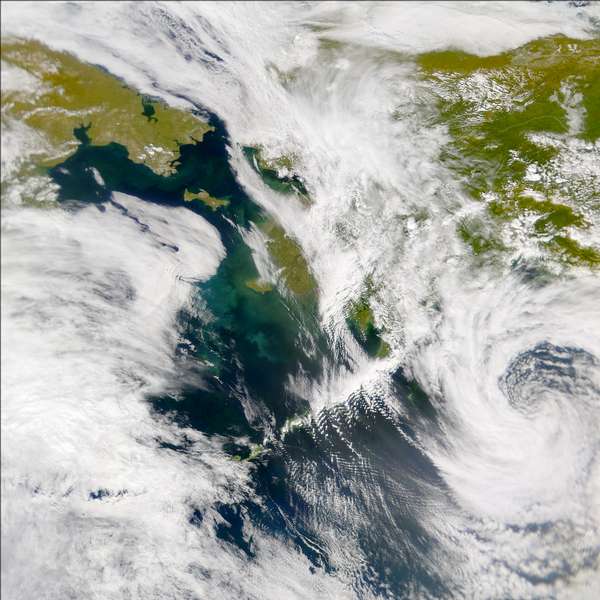 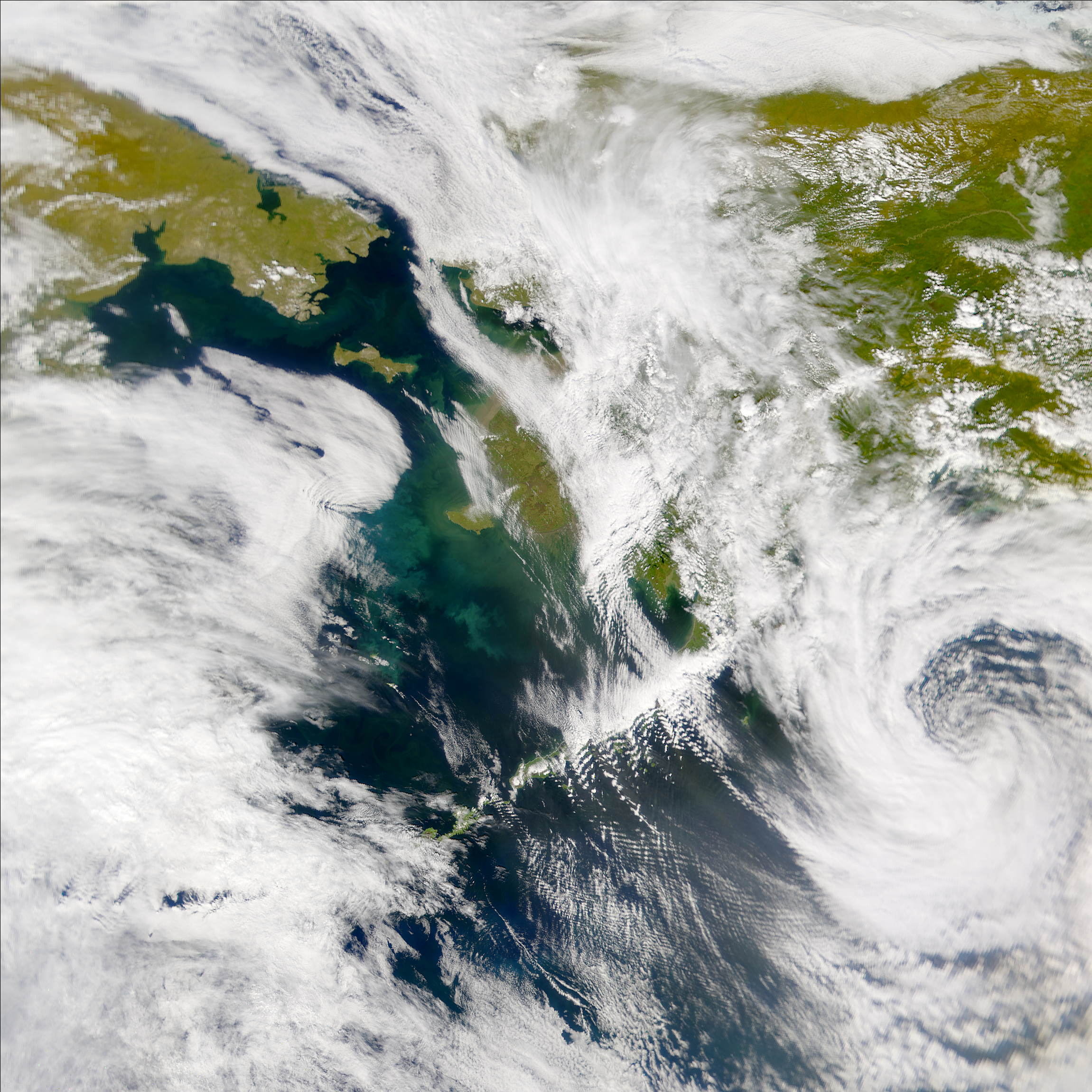 In this SeaWiFS image captured on August 21, 2001, the Bering Sea shows high albedo water. While still present, it is less widespread and less bright this year than in previous years of SeaWiFS data collection.