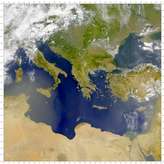 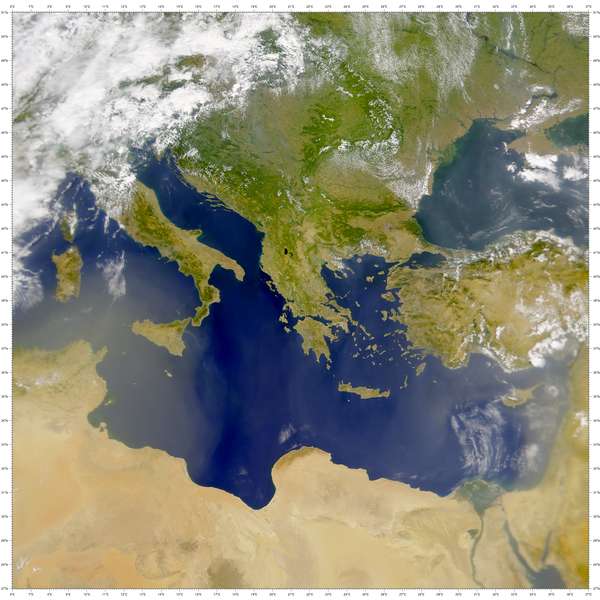 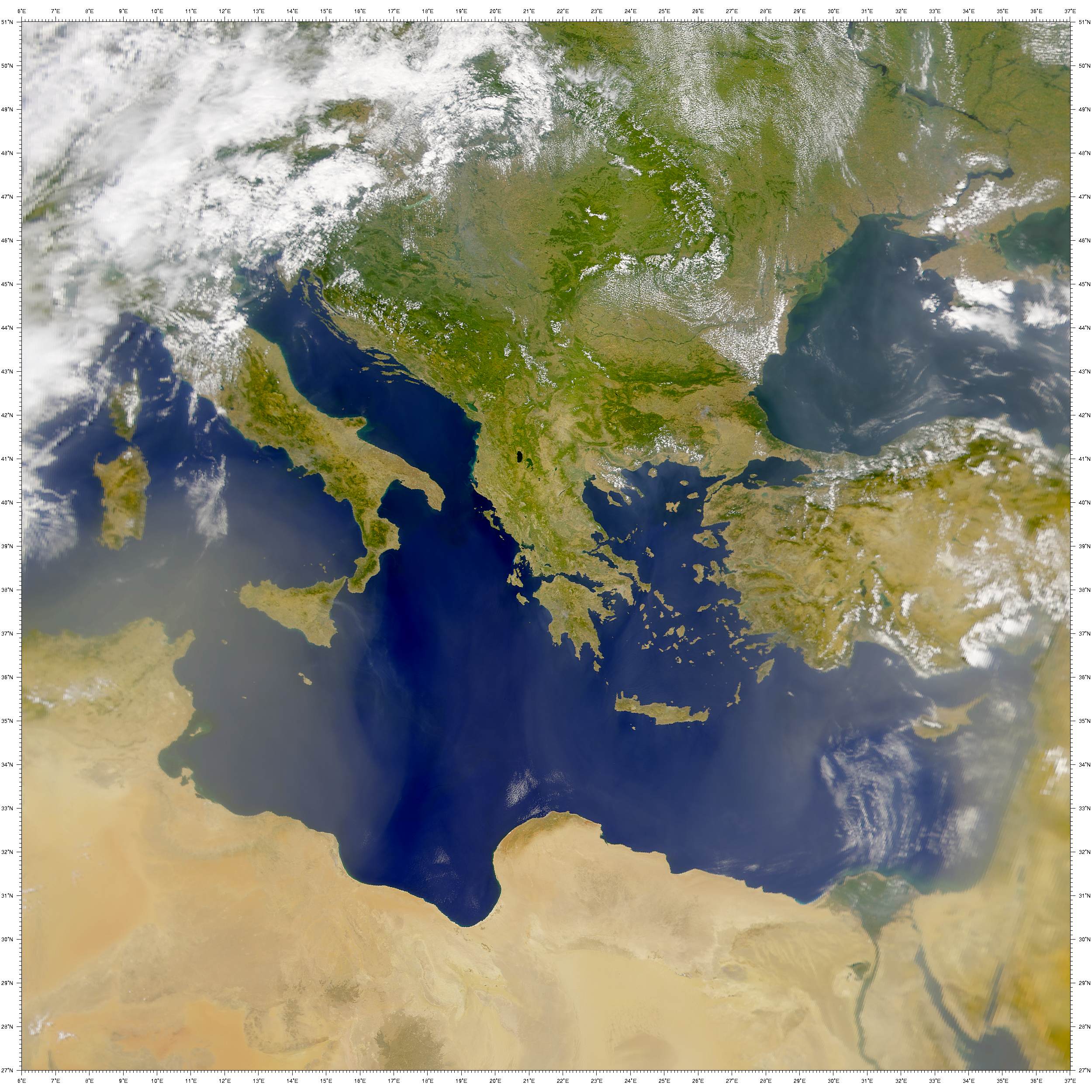 The air over the Mediterranean is often hazy. This is the case in this SeaWiFS image captured on July 19, 2001. Much of the haze is dust form the Sahara. Mt. Etna in northeastern Sicily can also be seen contributing a slender plume, and a few possible small plumes of smoke or pollution are scattered about the Balkan Peninsula. Much of the Danube River is visible as it flows across the region -- emerging from under cloud cover just north of Budapest and flowing south and then east between the Transylvaniana Alps to the north and the Balkan Mountains to the south before emptying into the Black Sea.