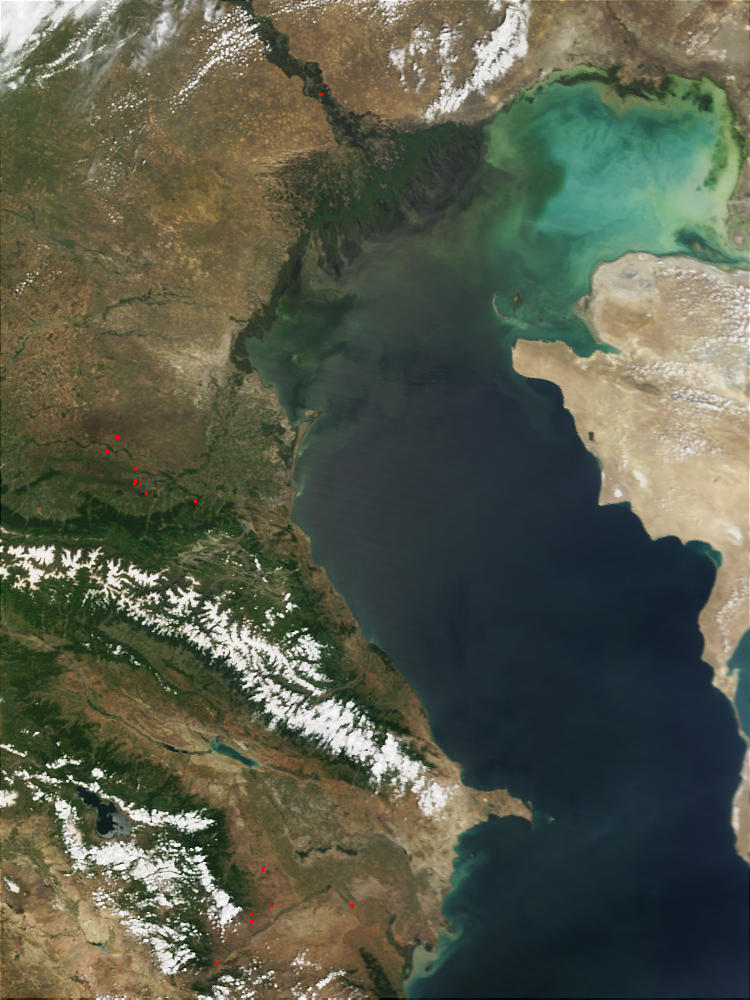 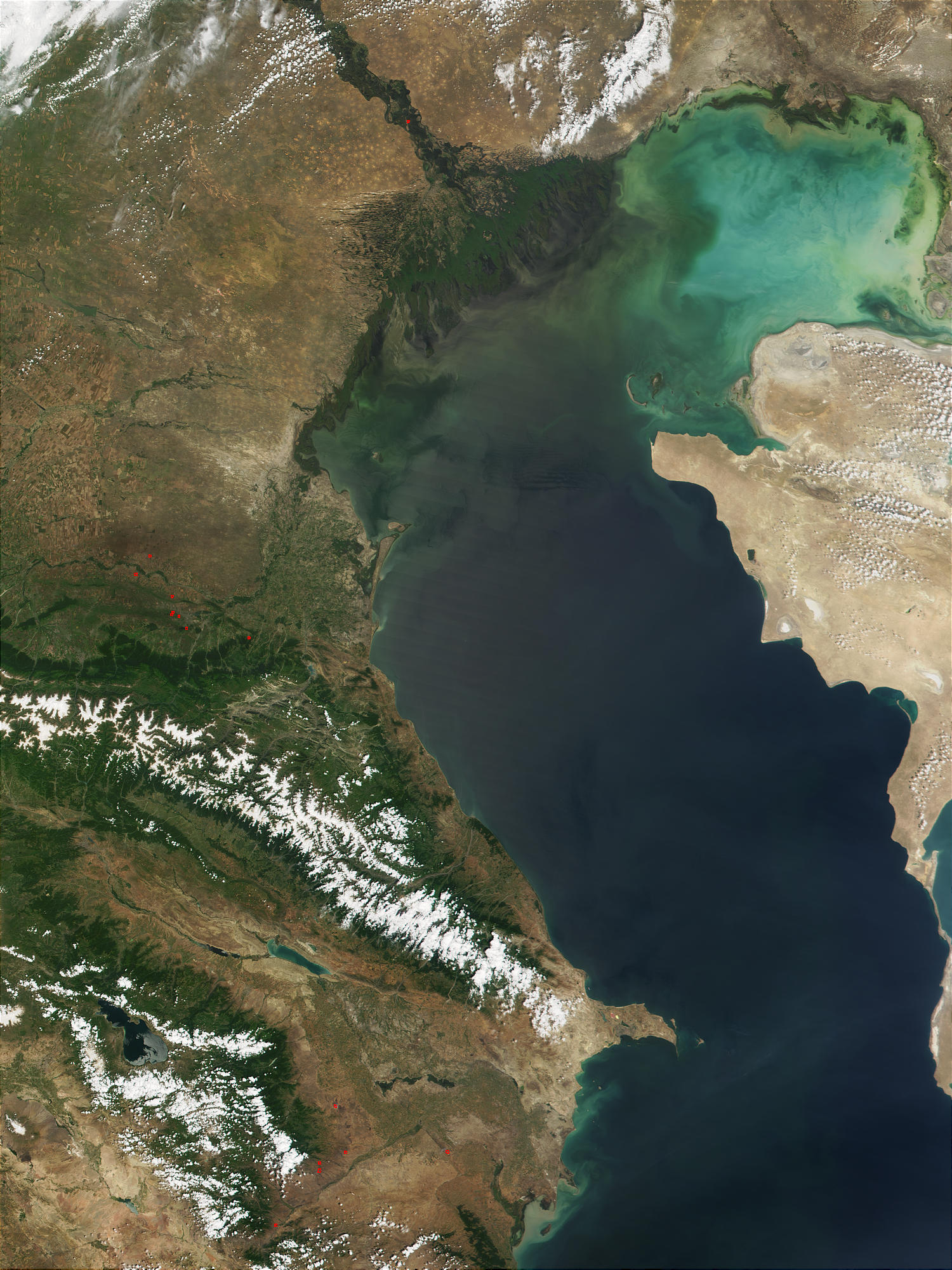 MODIS captured this true-color image of the Caspian Sea and surrounding area on June 13, 2001. At top-center of the image is the Volga River, which feeds into the Caspian Sea. This image also shows several fires, which show up as red dots, burning in the eastern portion of the Russian Republic of Dagestan. MODIS is equipped with thermal detectors uniquely designed to detect fires as hot as 500K without saturating.