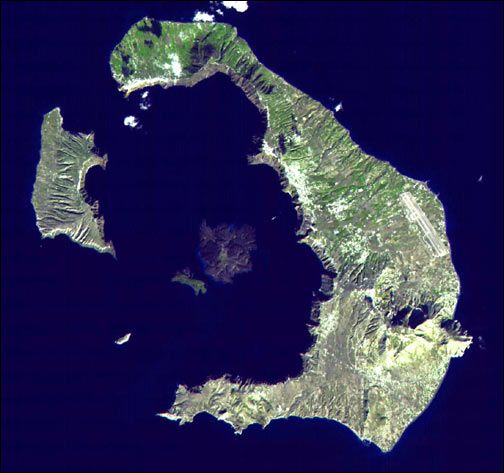 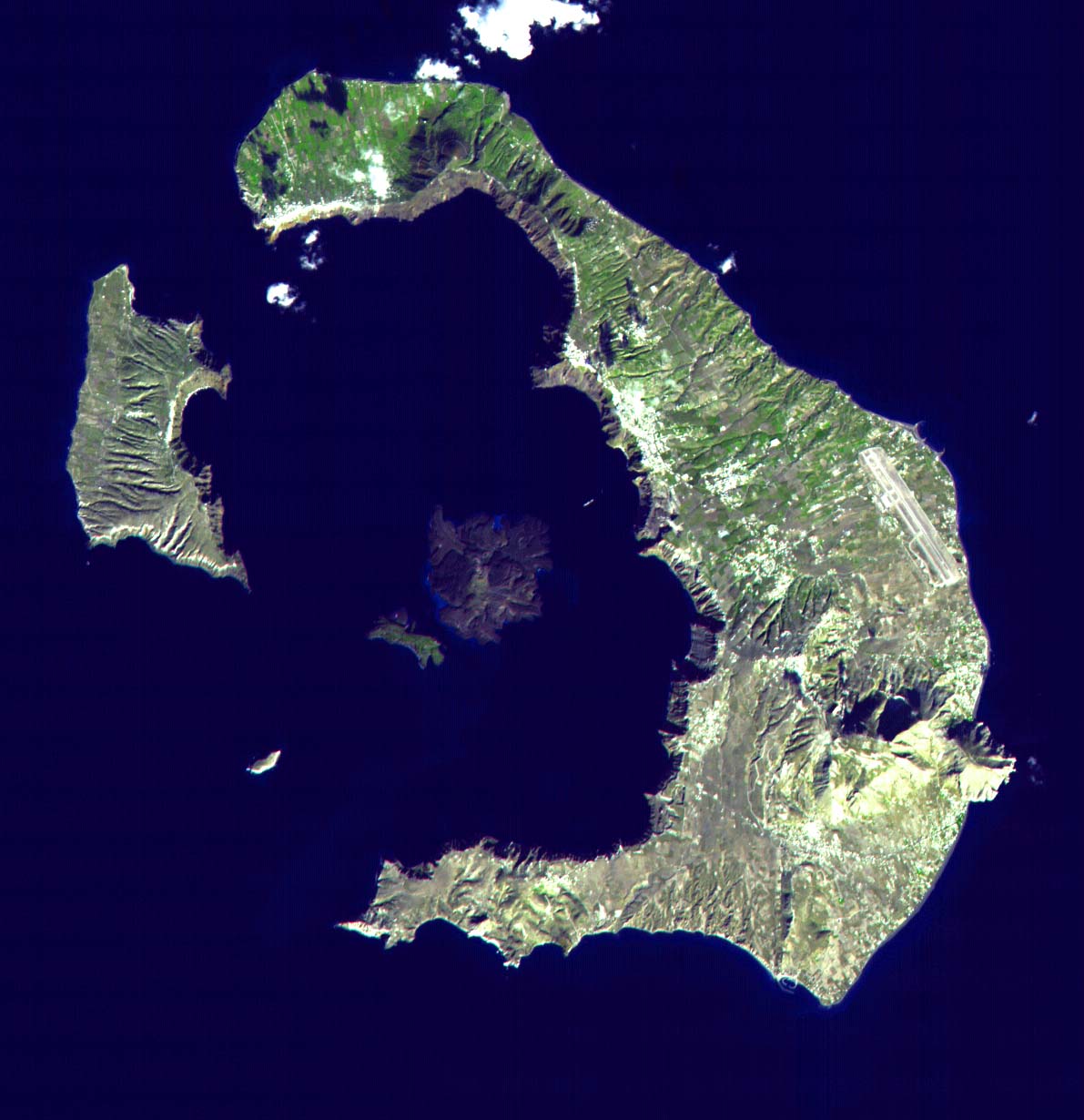 This image of Santorini Volcano in the Aegean Sea was taken by the Advanced Spaceborne Thermal Emission and Reflection Radiometer (ASTER), flying aboard NASA's Terra spacecraft. The image was taken on November 21, 2000, and covers an area of 18 by 18 km. The eruption of Santorini in 1650 B.C. was one of the largest in the last 10,000 years. About 30 cubic kilometers of magma was erupted, forming a cloud of volcanic ash and rock (called a plinian column) 36 km high. The removal of such a large volume of magma from underneath the volcano caused it to collapse, producing a large crater (a caldera). Ash fell over a large area of the eastern Mediterranean. The eruption probably caused the end of the Minoan civilization on the island of Crete, and may be the source of the myth of Atlantis. The largest island is Thera, and the next smaller is Therasia. The Kameni Islands (in the center of the image) were formed after the caldera by the volcano's continuing eruptions. The most recent of these occurred in 1950.