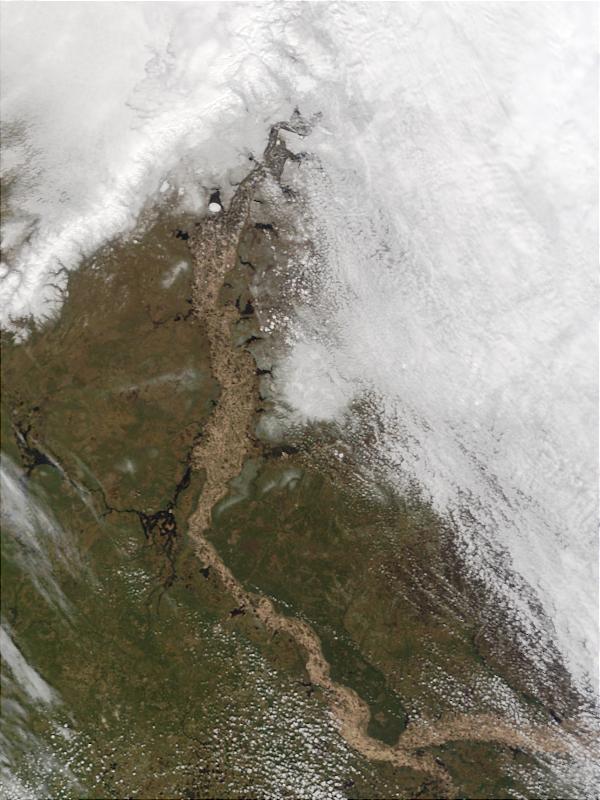 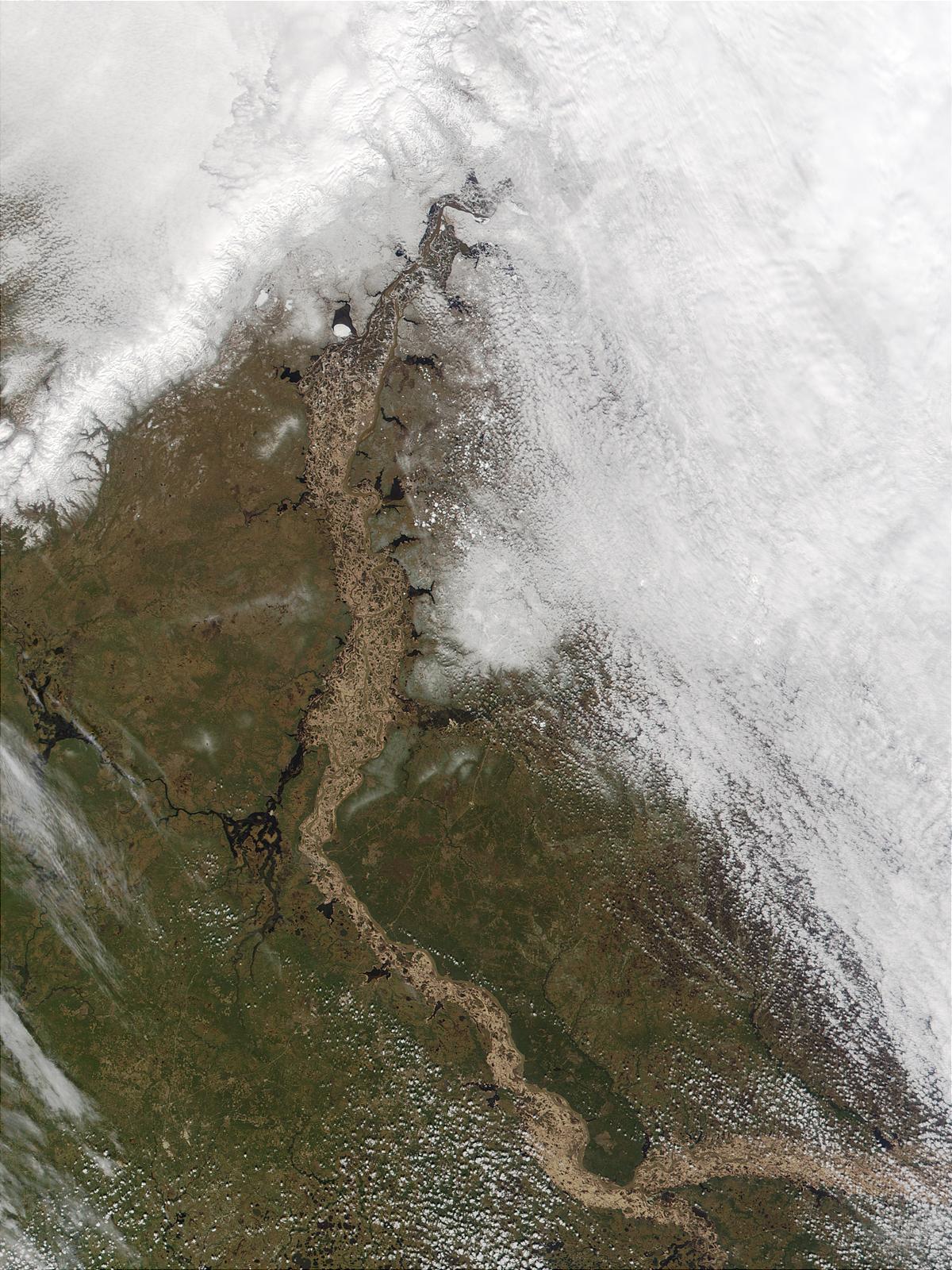 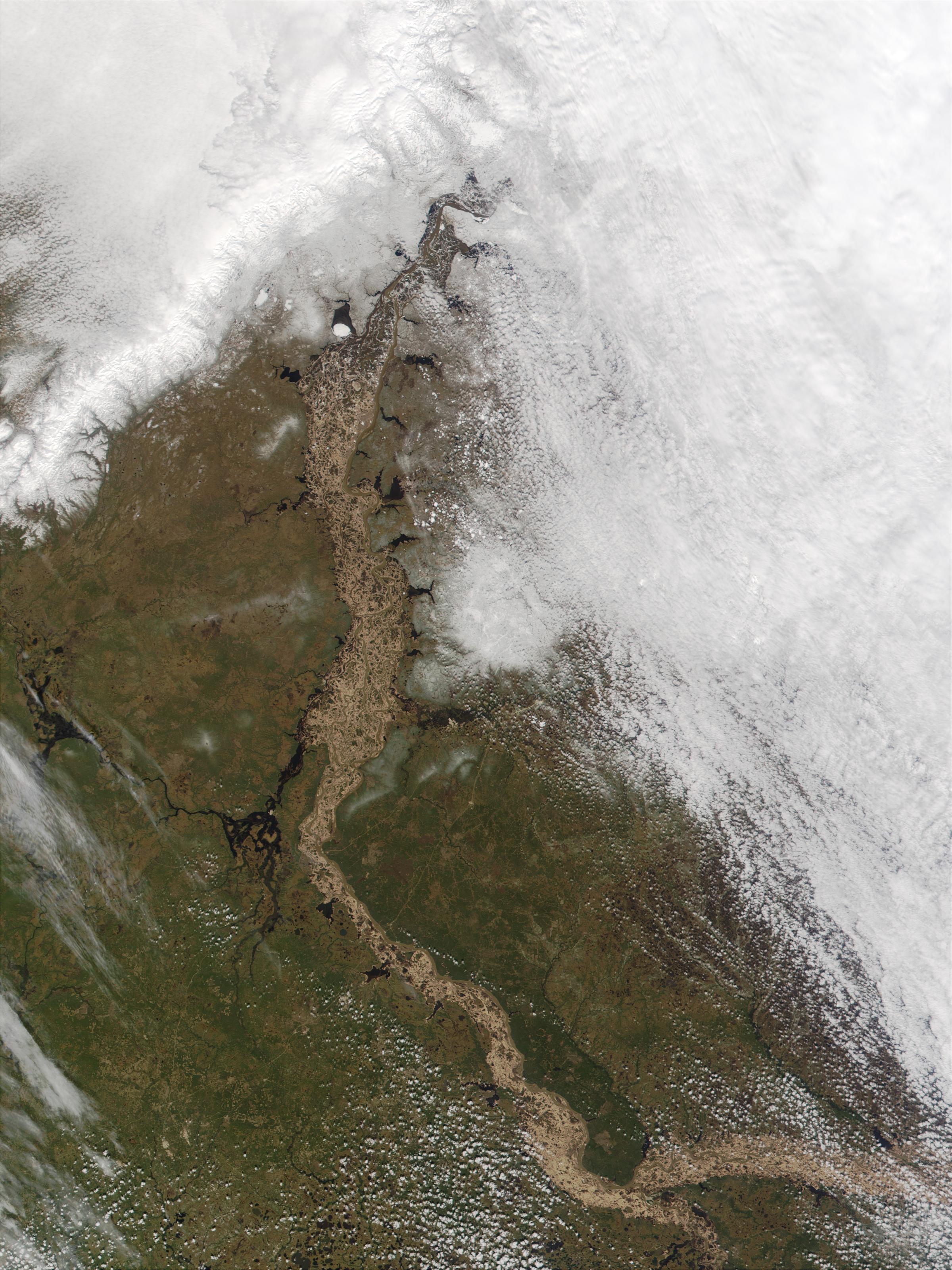 The Ob' River originates in the Altay Mountains of southwestern Siberia and empties into the Arctic Ocean. The Ob' and its major tributary, the Irtysh, combine to form the longest river system in Asia. This true-color image of Northern Russia, made from data collected on May 20, 2001, shows the Ob' River and several of its tributaries.

In this image, the Ob' flows in at the lower right and then turn sharply northward. Its outlet into the Kara Sea is choked with ice at that time of year. Along the banks of the river, the light brown mottled areas indicate a vast system of wetlands. Running diagonally across the upper left of the image are the snow-covered Ural Mountains.