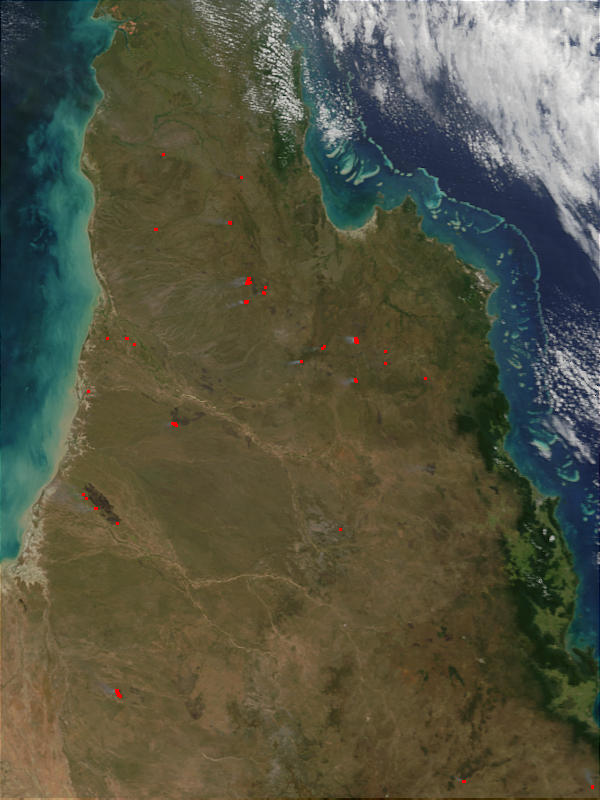 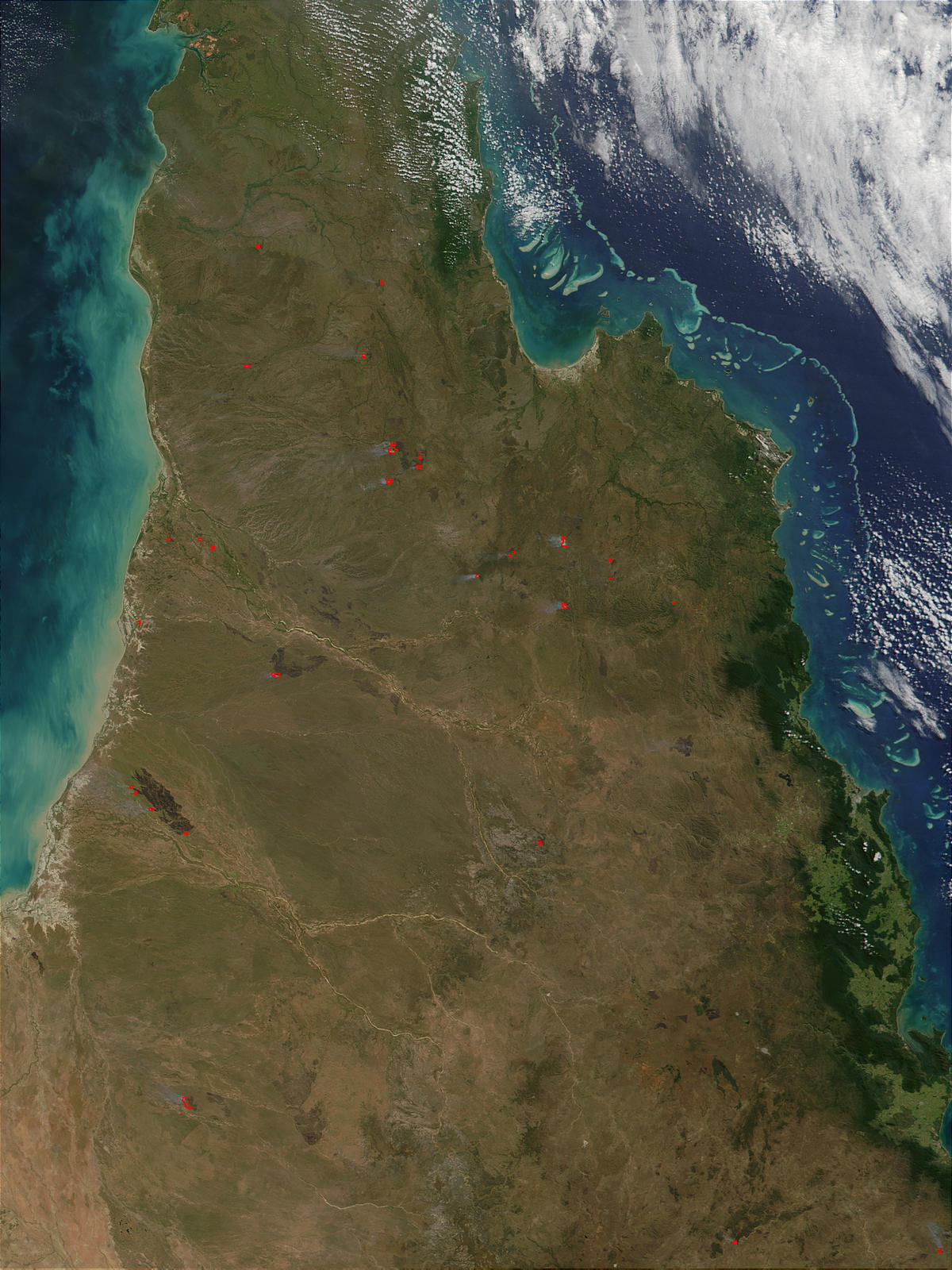 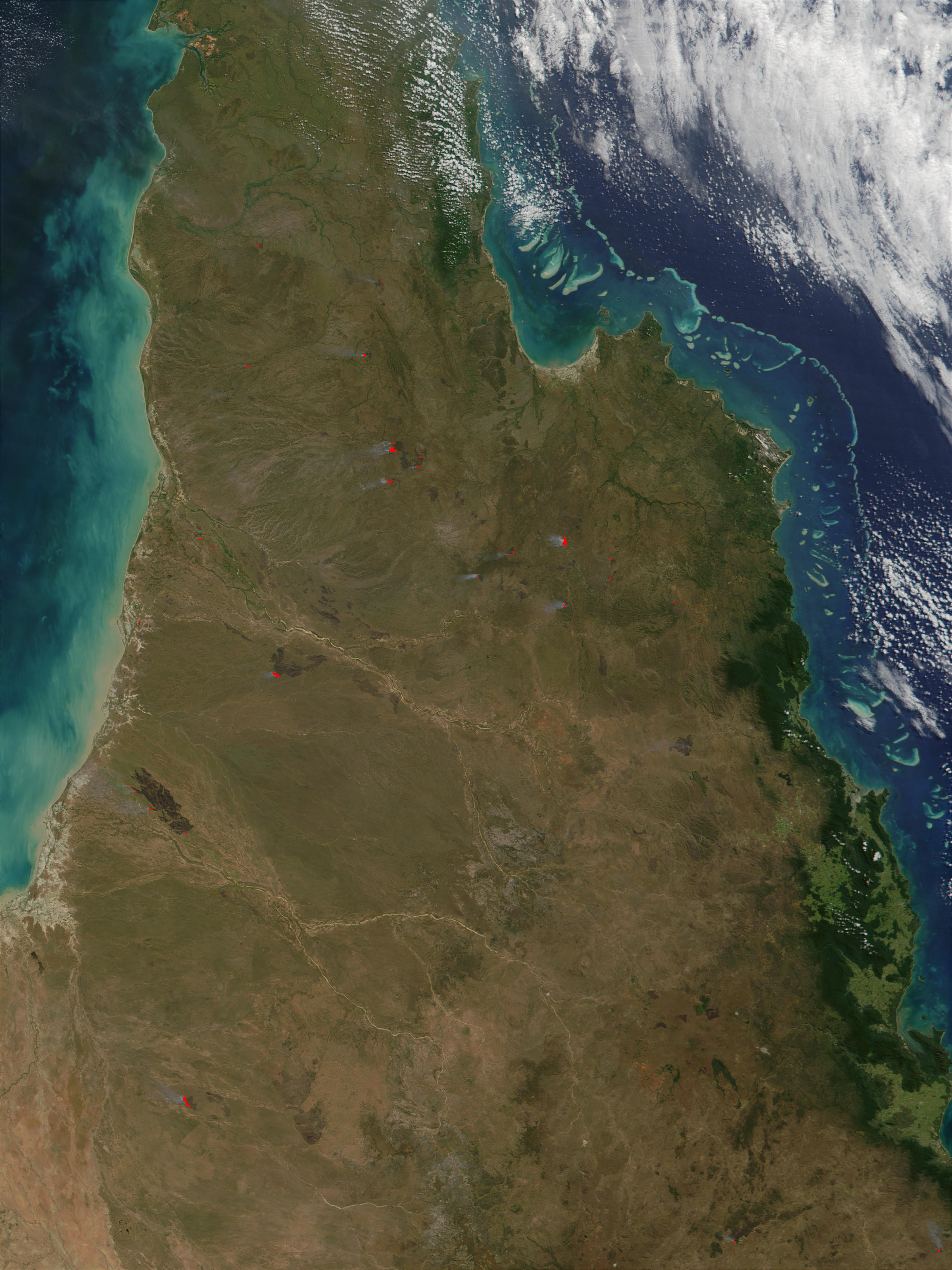 Along the eastern coast of Australia's Queensland province lies the world's largest coral reef--the Great Barrier Reef. In this true-color MODIS image from May 20, 2001, it is easy to see how the reef system got its name. In this image, the Great Barrier Reef, which is over 2000km long and is made up of thousands of tightly packed individual reefs, makes a thin, nearly continuous, blue-green line along the eastern coast, stretching south from Cape York Peninsula in the north.

At the time the image was acquired, MODIS detected several fires (red dots) burning in the region as well as associated brownish-purple patches that likely indicate previously burned areas.