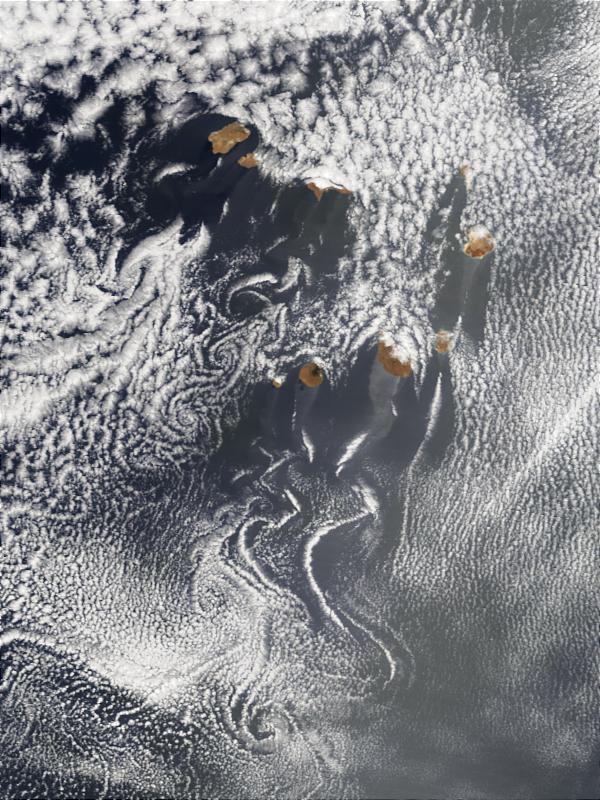 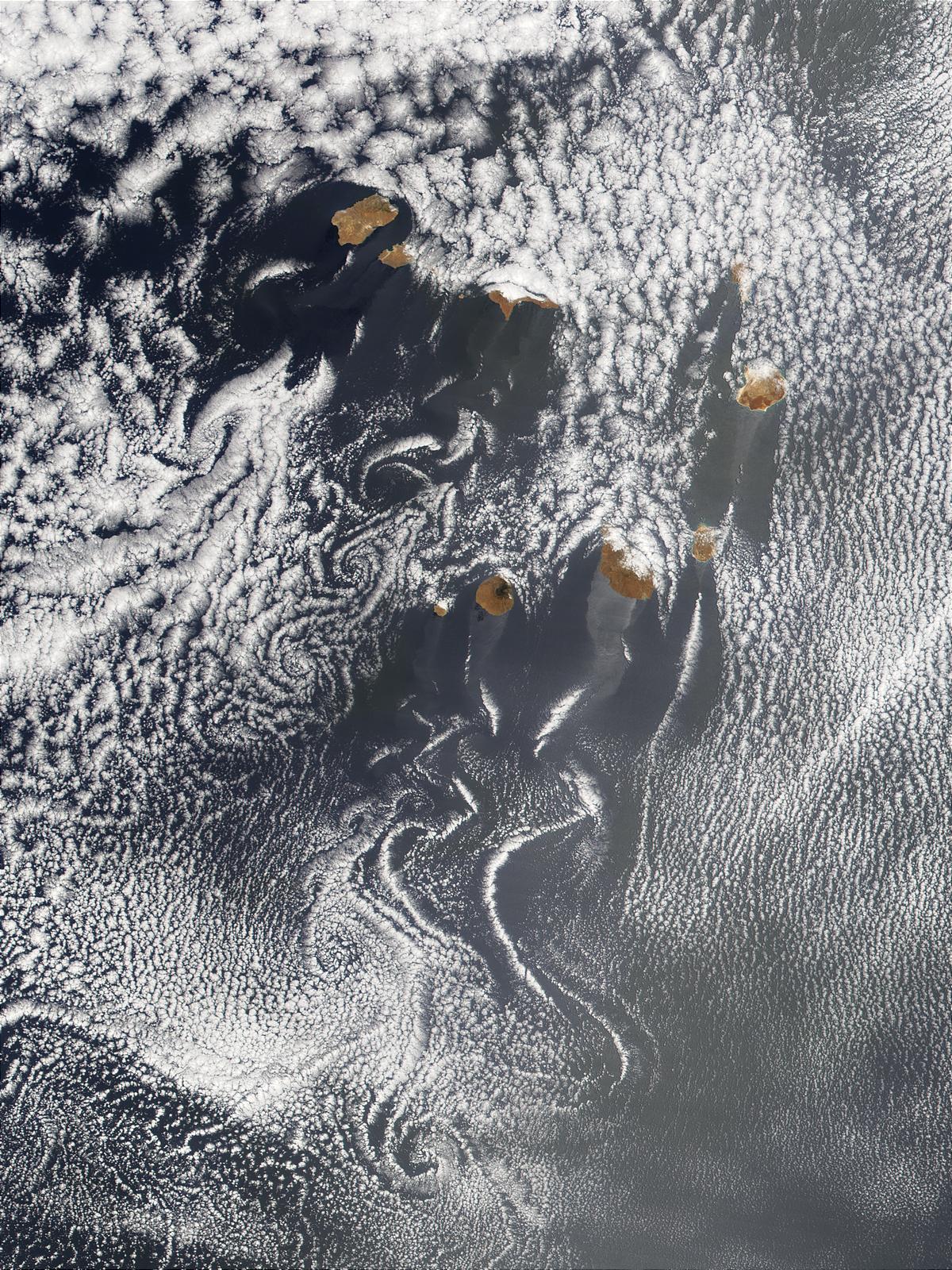 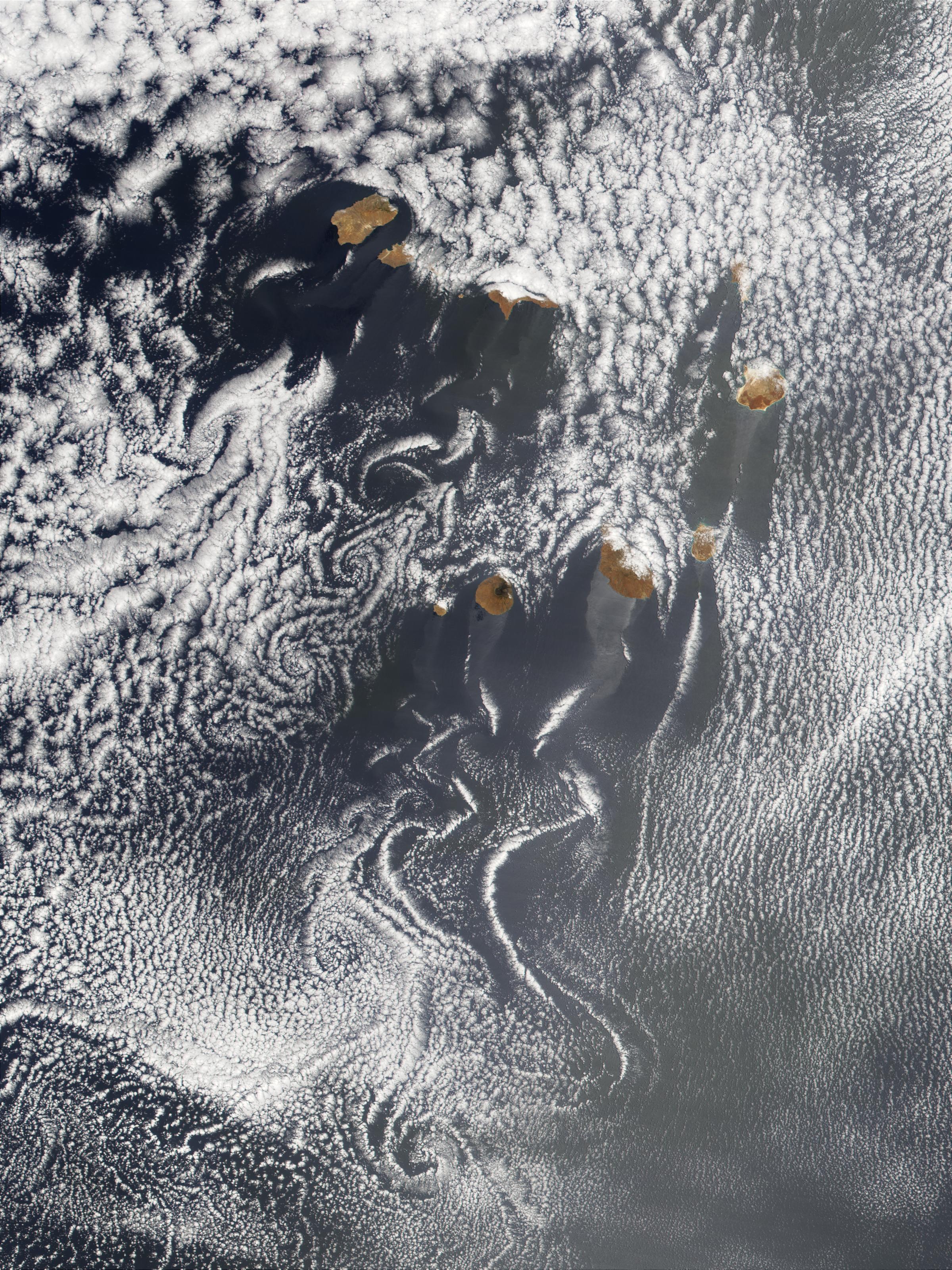 Cloud swirls in the wake of Cape Verde Islands

Looking at the swirls in the clouds seen in the wake of the Cape Verde Islands in this true-color MODIS image made from data acquired on May 20, 2001, it is easy to see why atmospheric scientists often treat the atmosphere as though it were a fluid in their weather and climate models. The Islands appear to be having the same effect on the atmosphere as would a ship plowing though the waters below--leaving swirling water in its wake.