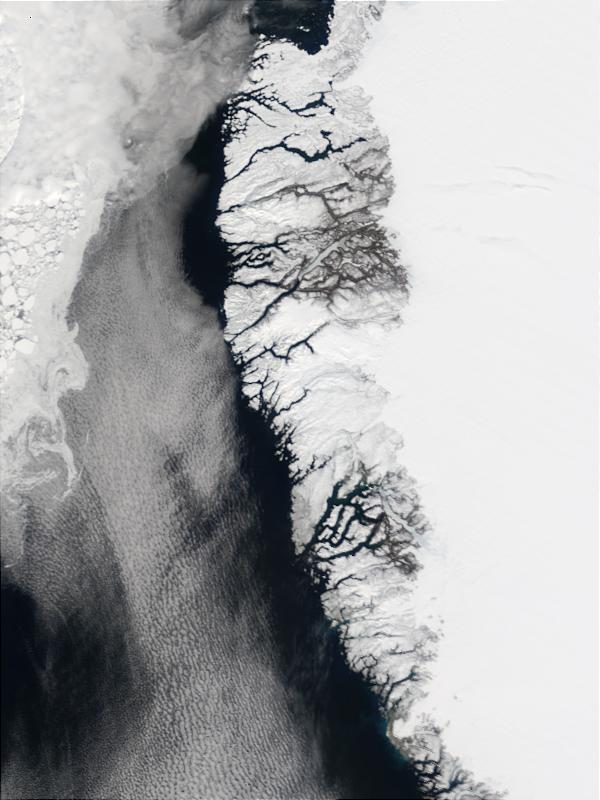 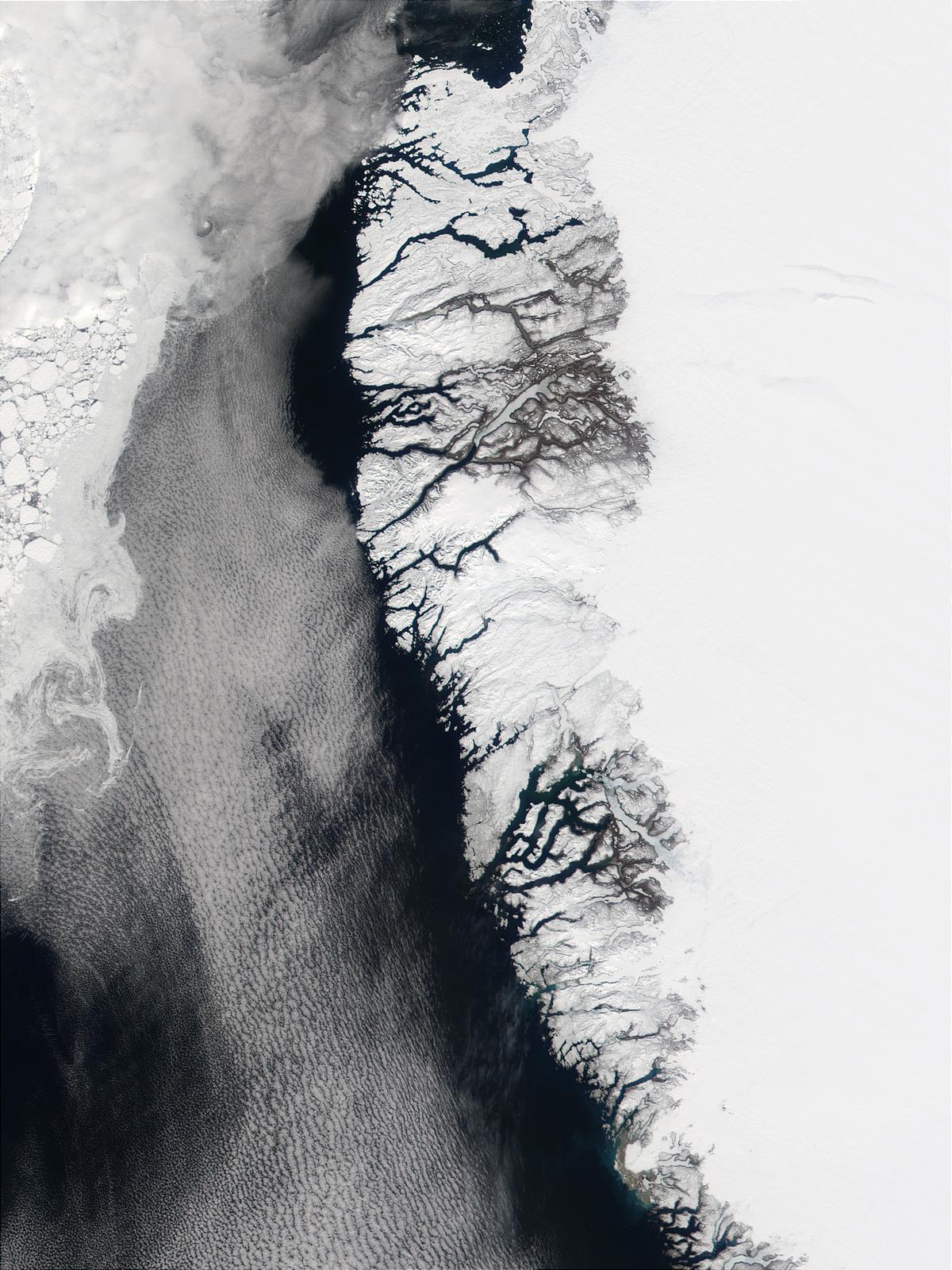 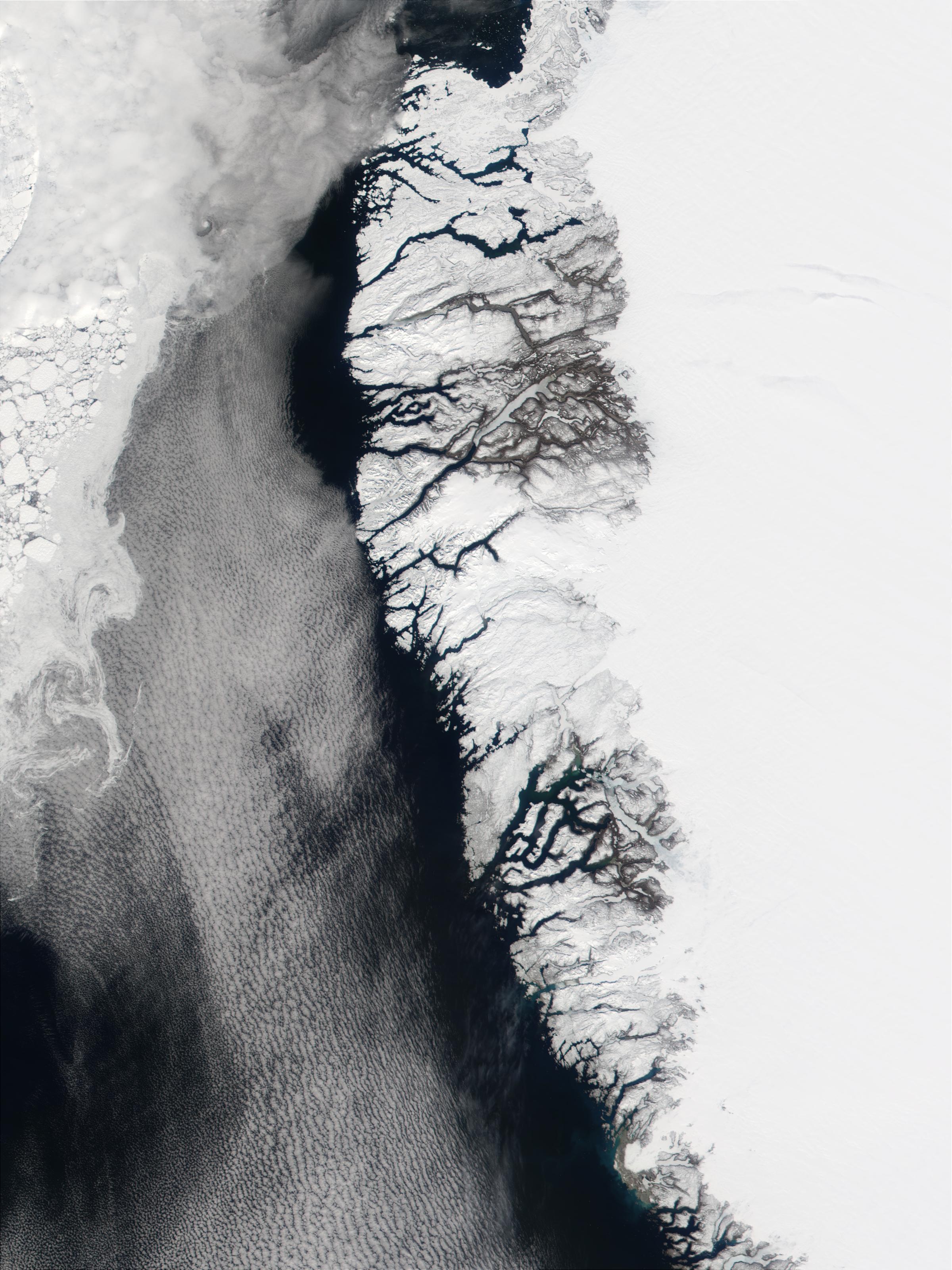 This true-color image was taken by MODIS as it passed over the southwest coast of Greenland (right) and the Davis Strait (center and left). The Davis Strait connects Baffin Bay to the north and the Labrador Sea to the south, and separates Greenland from Baffin Island, Canada. The Davis Strait is part of the Northwest Passage, a navigable seaway connecting the Atlantic Ocean and the Pacific Ocean. The image shows the prevailing currents in the area, with the warm water of a branch of the North Atlantic Drift flowing northward along the Greenland coast, and the cold, iceberg-filled Labrador Current flowing southward along the Baffin Island coast.