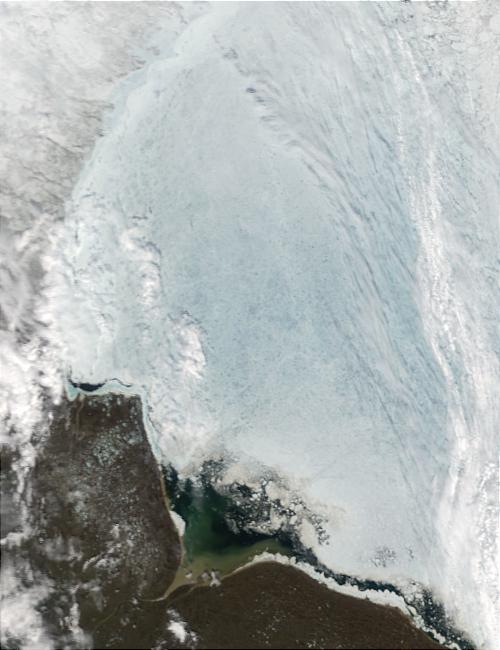 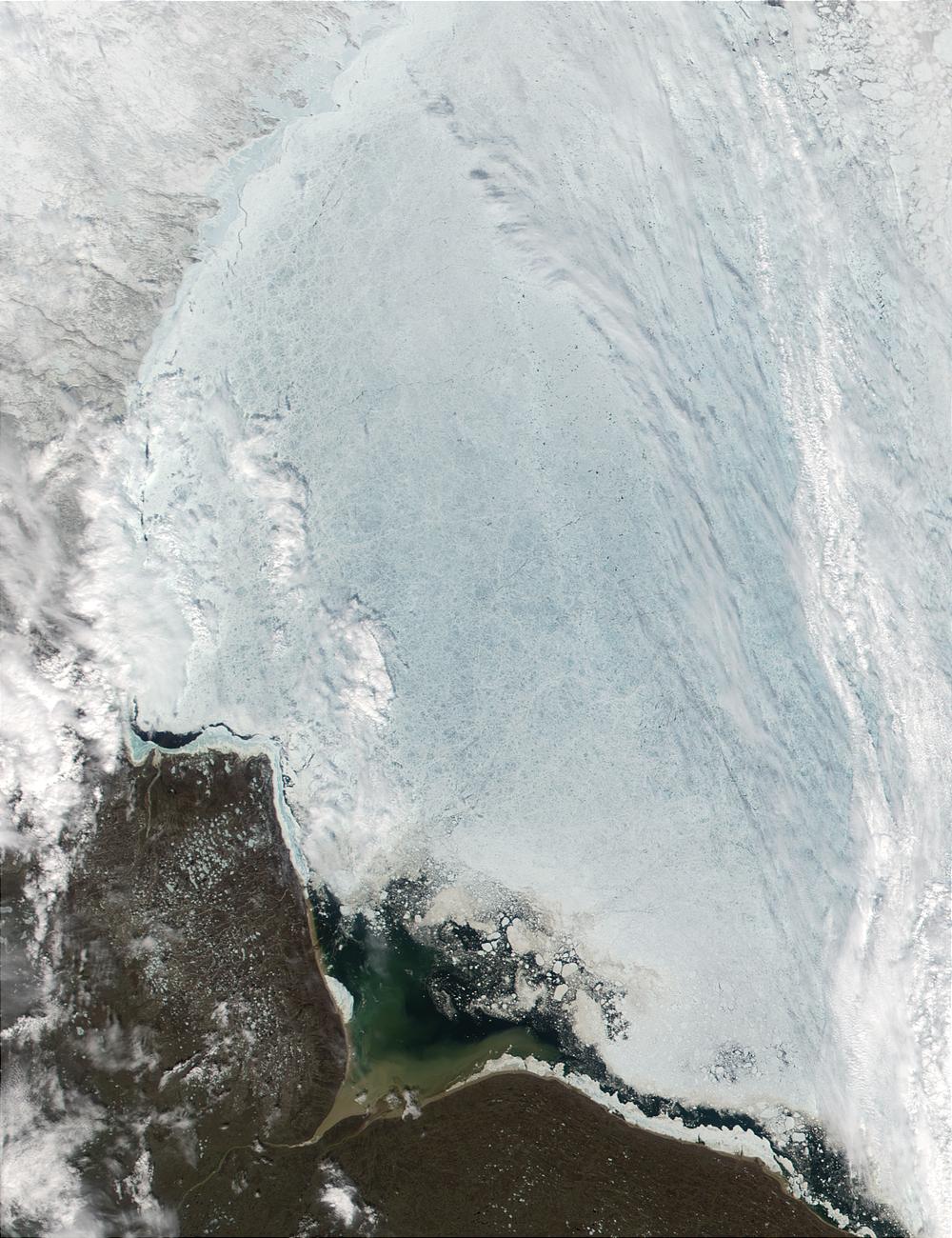 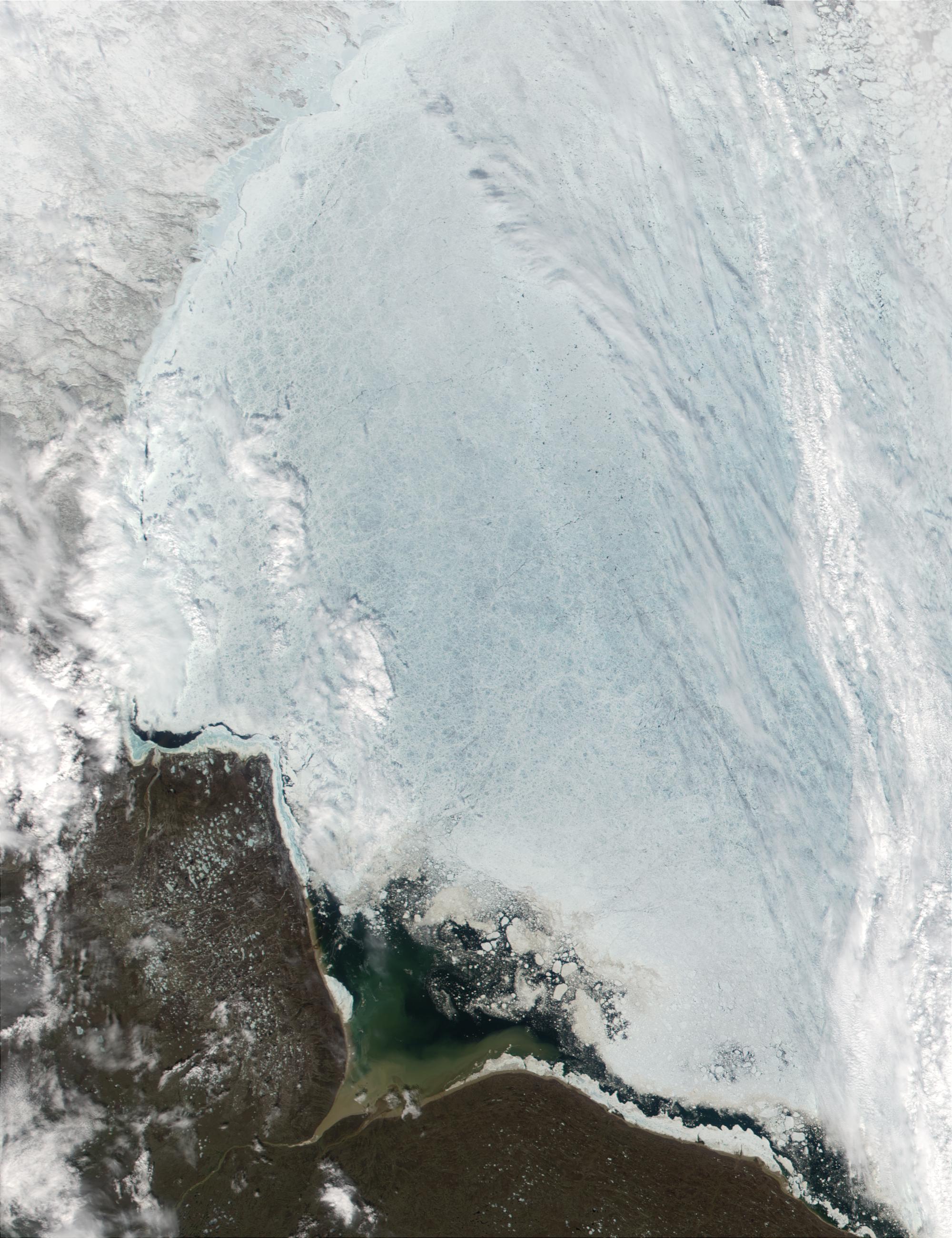 North-flowing rivers that empty into large bodies of water can have a significant impact on the thawing of nearshore winter ice. This true-color MODIS image from May 18, 2001, shows the Nelson River emptying spring runoff from the Manitoba province to the south into the southwestern corner of Canada's Hudson Bay. The warmer waters from more southern latitudes hasten melting of ice near the shore, though some still remained, perhaps because in shallow coastal waters, the ice could have been anchored to the bottom.

High volumes of sediment in the runoff turned the inflow brown, and the rim of the retreating ice has taken on a dirty appearance even far to the east of the river's entrance into the Bay. The sediment would have further hastened the melting of the ice because its darker color would have absorbed more solar radiation than cleaner, whiter ice.