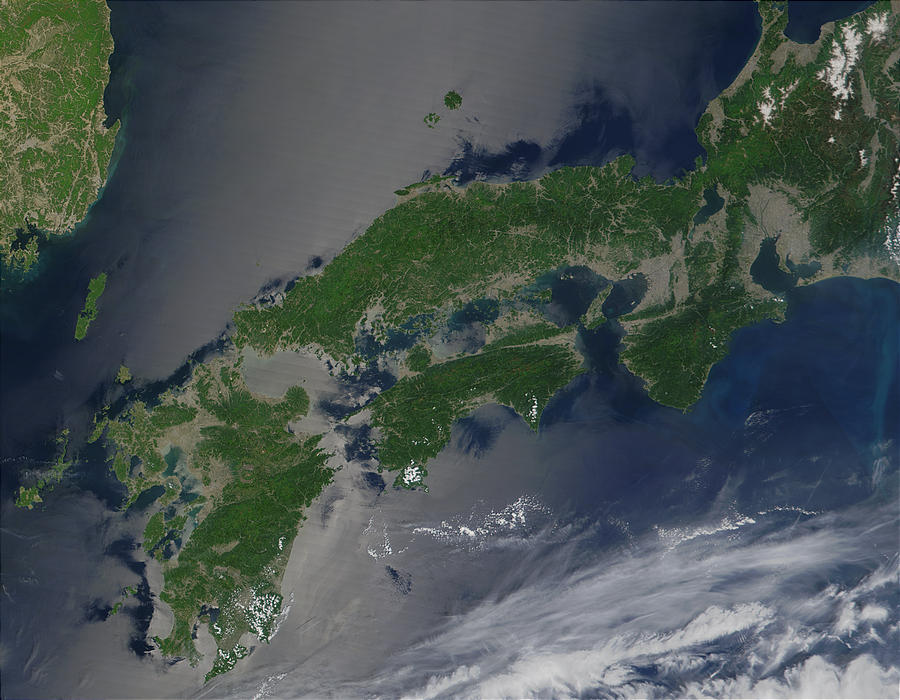 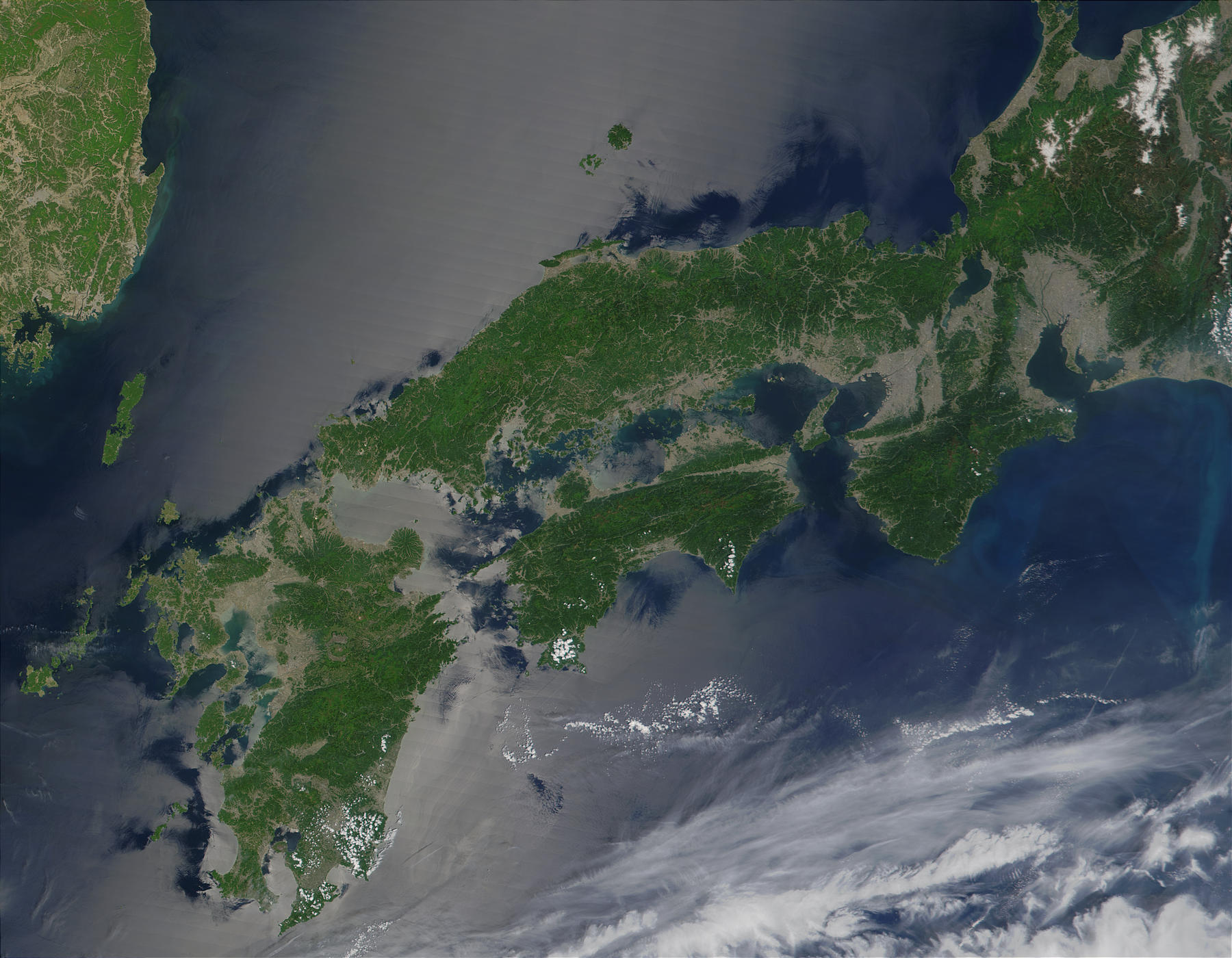 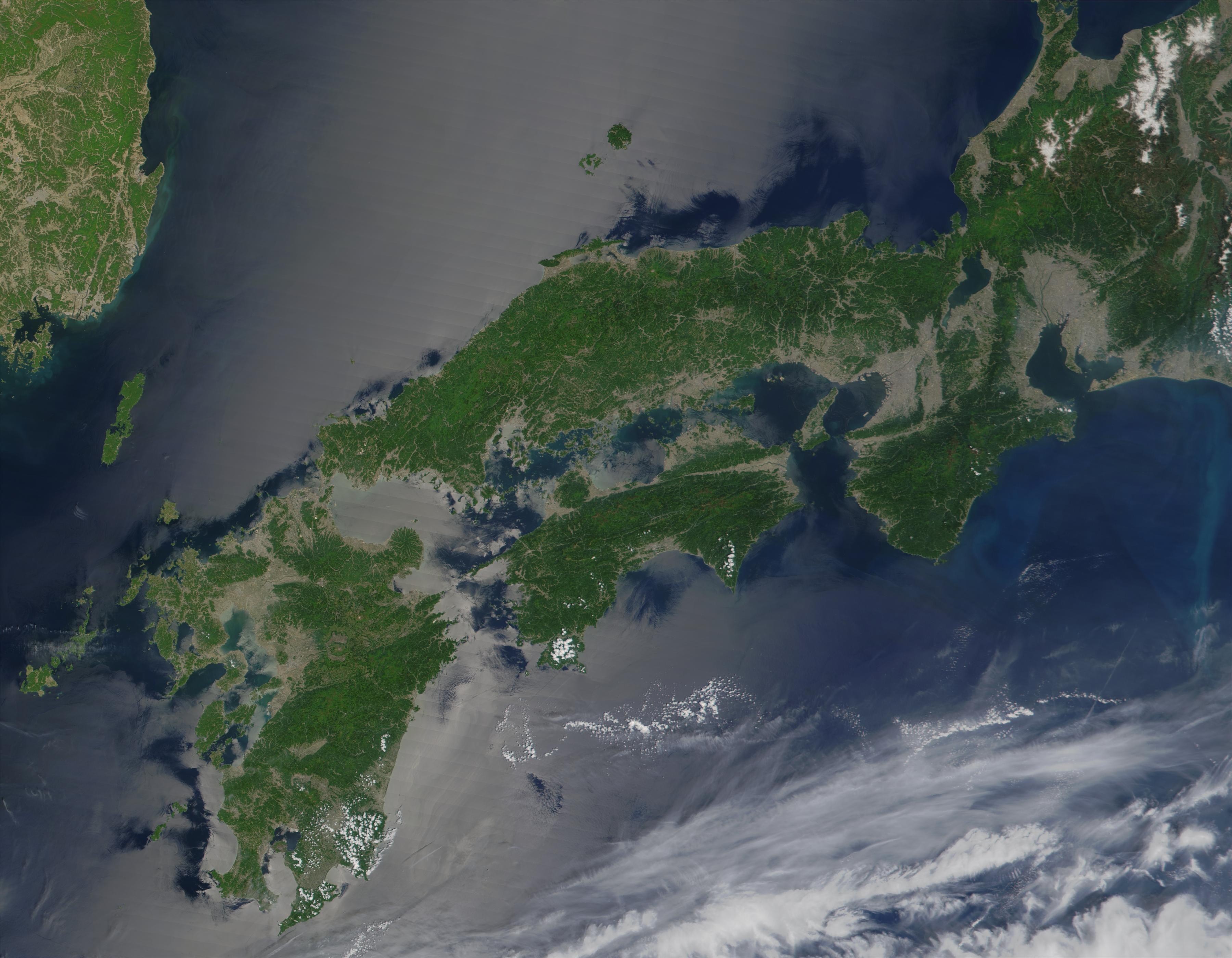 The southwestern portion of Japan is on display in this true-color image captured by MODIS on May 13, 2001. Visible in this image, beginning in the southwest and moving northeasterly, are the islands of Kyushu, Shikoku, and Honshu, respectively. The murky brown coloring that can be seen on the island is urban development. Also visible in this image is the southeastern portion of South Korea (upper left), which is separated from Japan by the Korea Strait.