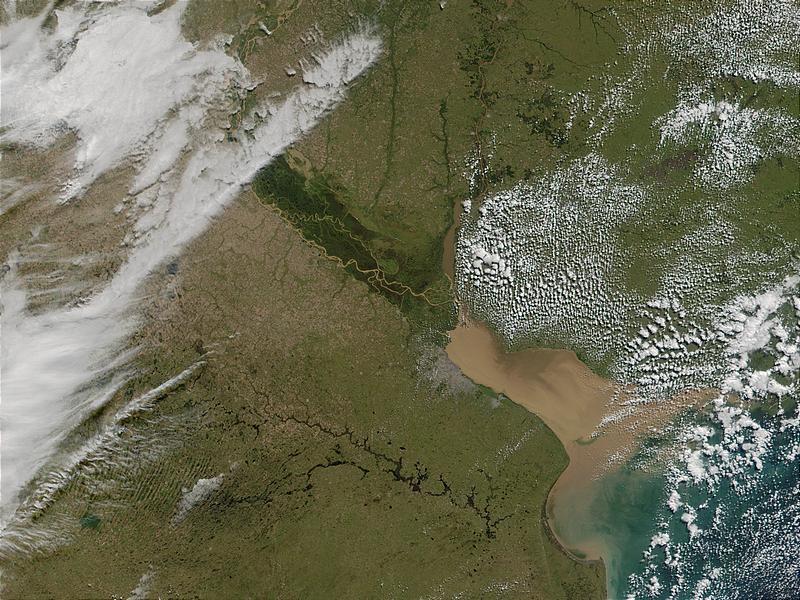 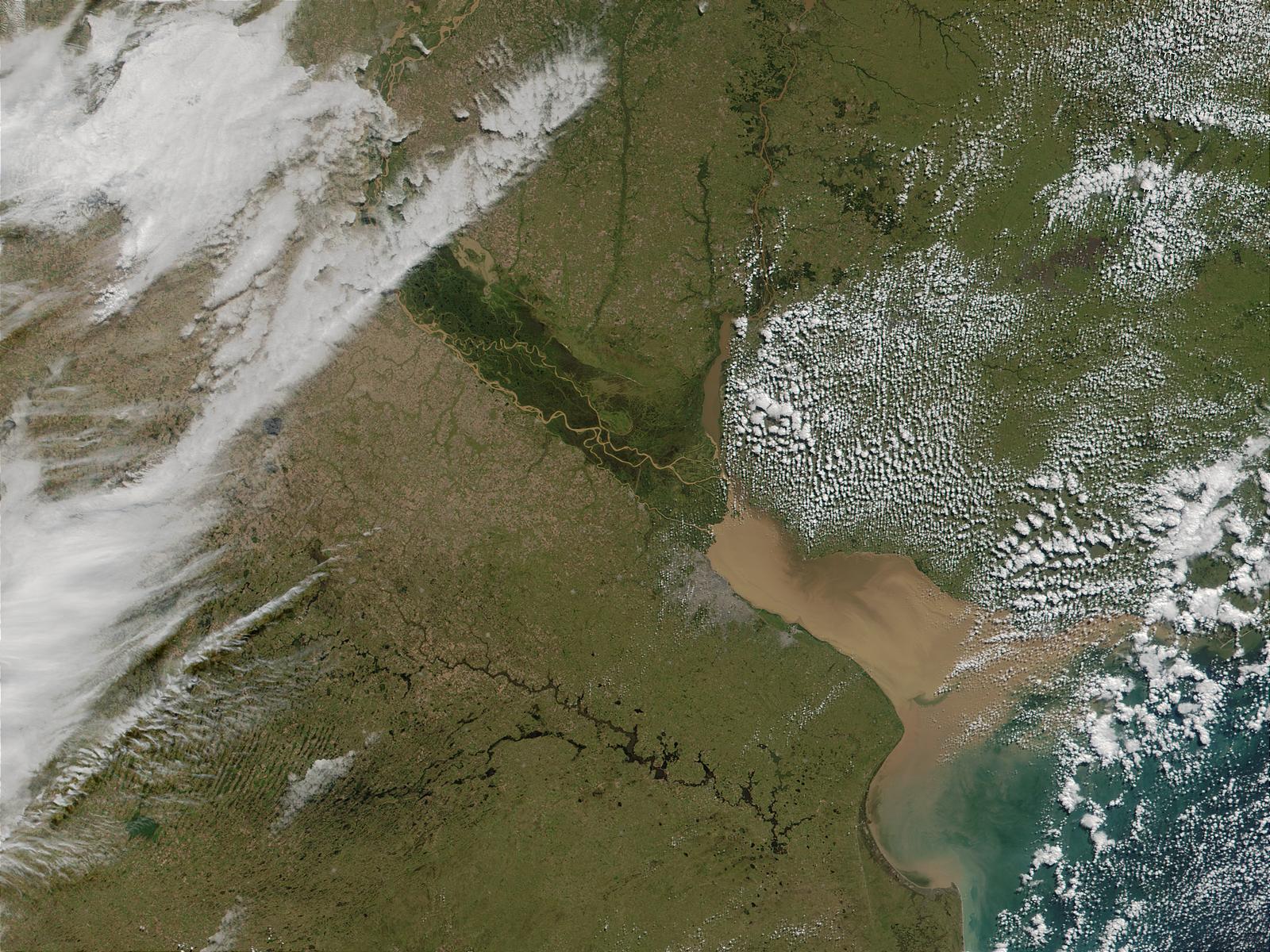 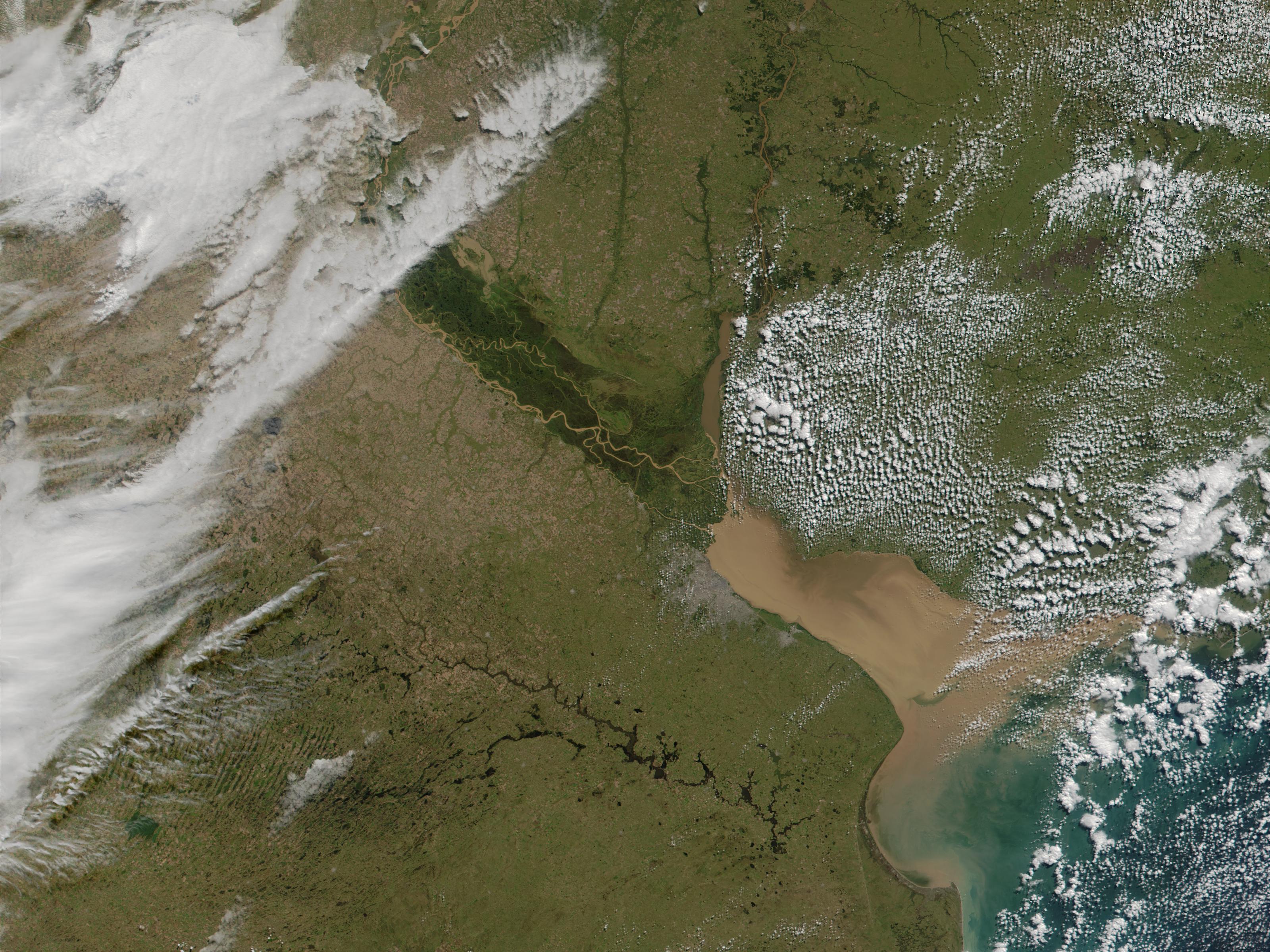 The Rio de la Plata estuary is saturated with sediment at the confluence of the Parana River, which enters the river basin from the left, and the Uruguay River, seen coming straight down from top-center. Such large amounts of sediment can often be seen in the river basin, and provide nutrients to the phytoplankton blooms that are regularly observed off the coast of Argentina.

The green landscape of summer has faded to brown as Argentina settles into winter in this MODIS image captured on May 13, 2001. One exception to this seasonal transformation of colors is the lush green coloring at the center of this image, which denotes the marshy wetlands that accompany the Parana River throughout Argentina. This is a small faction of the largest wetland corridor in the world, which starts at the river basin and continues north along the Parana and Paraguay Rivers to Mato Grasso, Brazil.