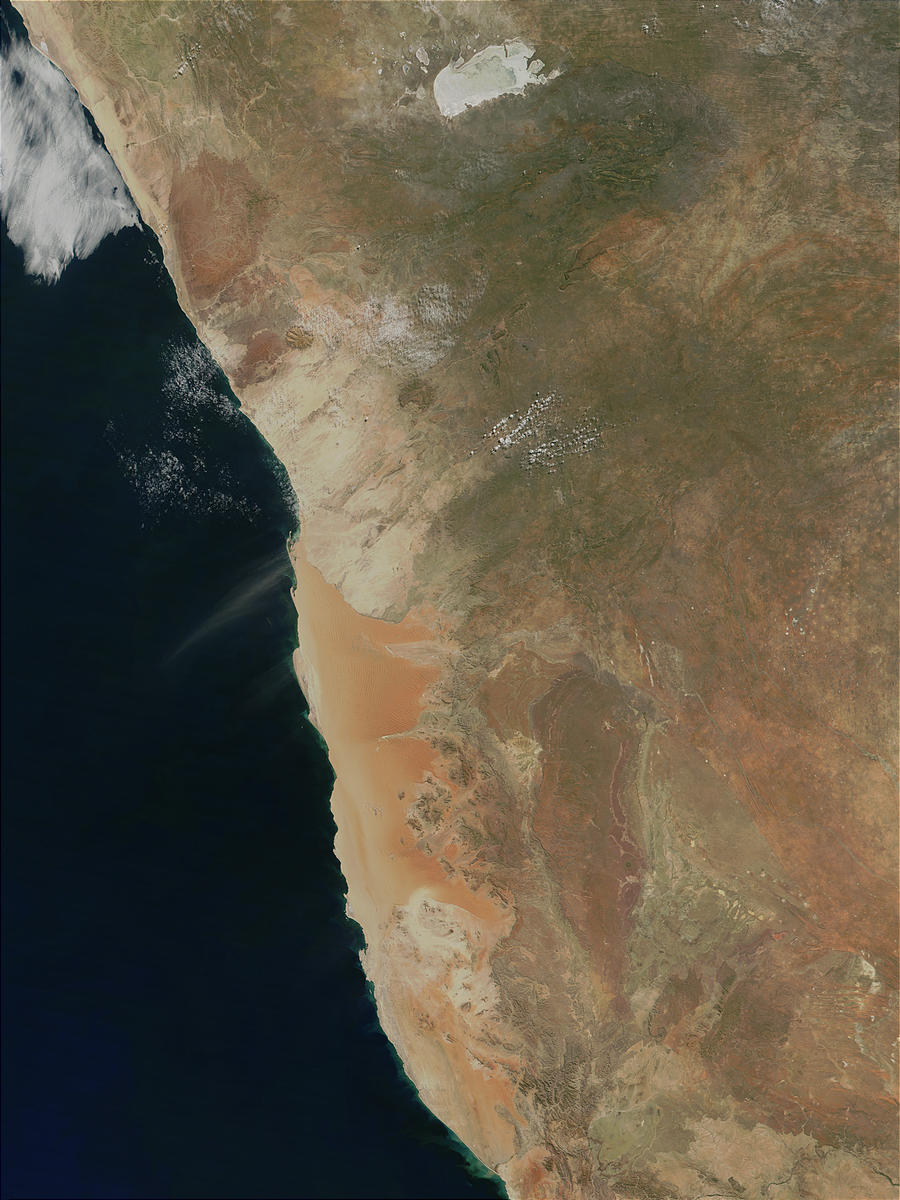 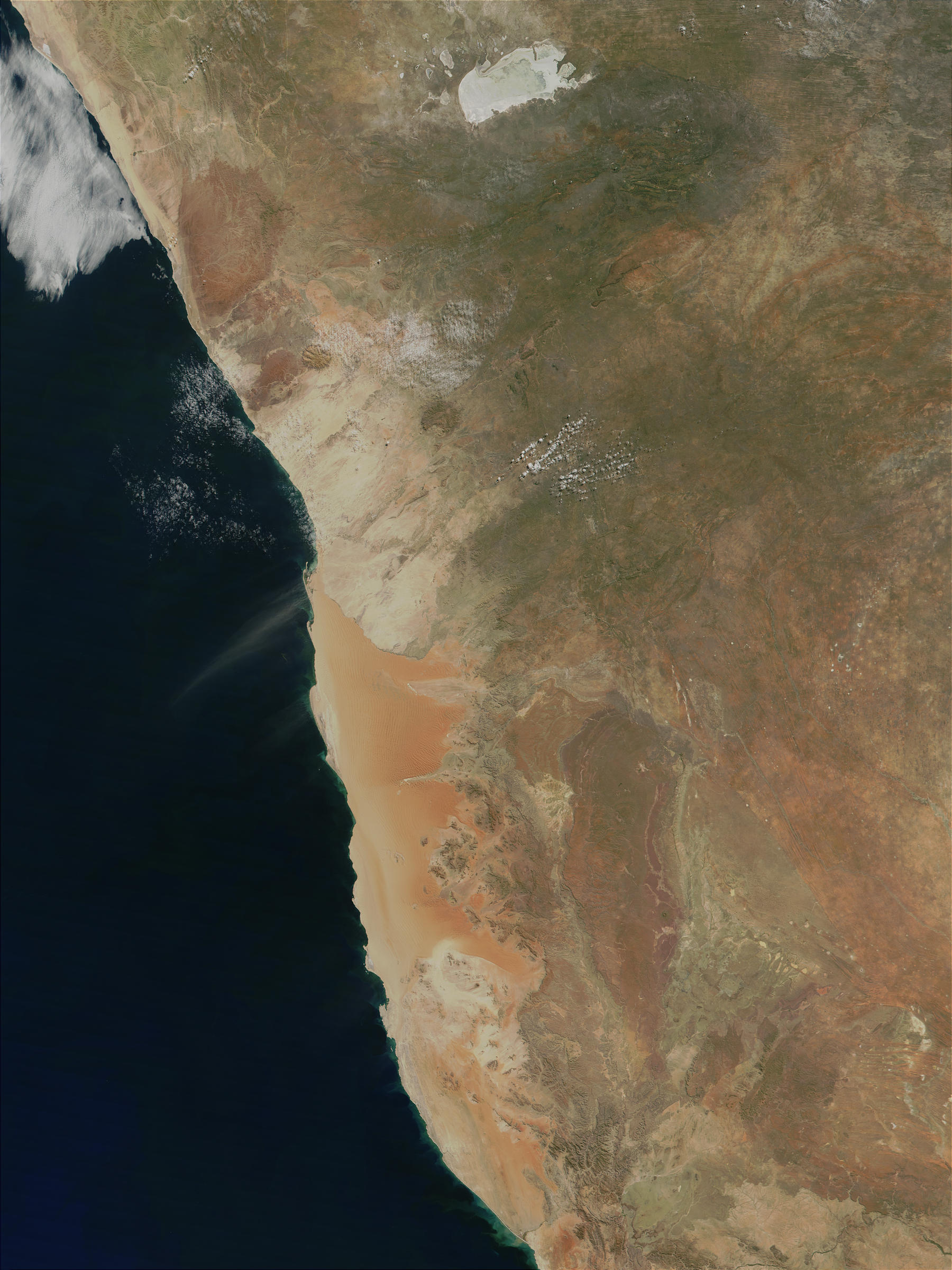 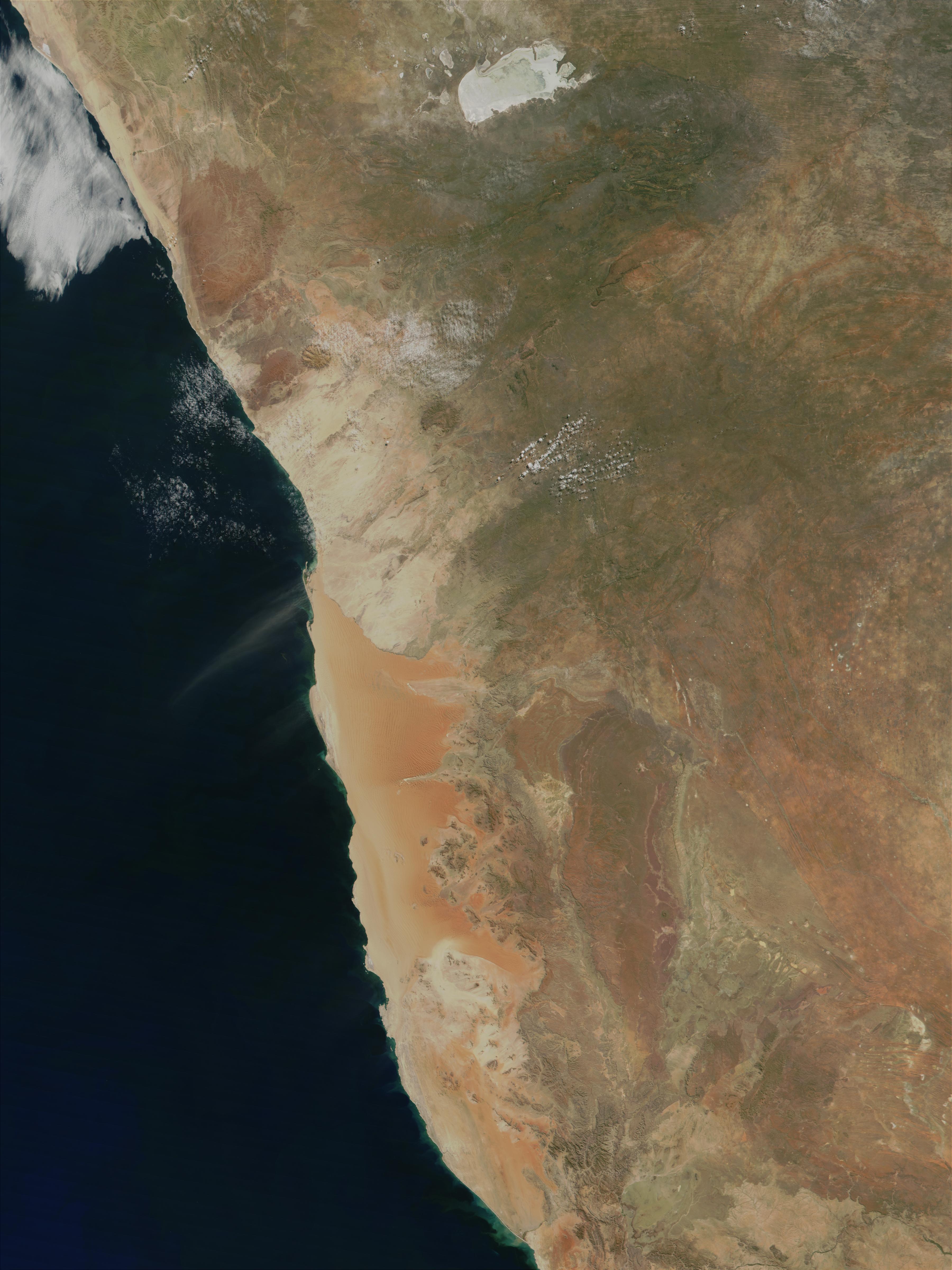 Starting as a narrow strip on the northern coastline of Namibia and continuing to the south, where it widens to nearly 100 miles across (left of center), is the Namib Desert. The Namib is thought to be the world's oldest desert, existing for the past 55 million years, and receives in some sections as little as 5mm of rain a year. There are several dry riverbeds, particularly in the north and further moisture is provided from sporadic thick fogs rolling in from the coast. Moderated by the cooler winds of the Beneguela Current this coastal desert rarely exceeds temperatures of 104 degrees Fahrenheit. Such conditions allow for animals such as gemsbok, warthogs, jackals, hyenas, and several types of marine birds to exist in such an extreme environment.

In north Namibia is the Etosha Pan, its stark whiteness contrasting the browns and greens of the plateau surrounding it. Located in the Etosha National Park, the Etosha Pan is believed to have originated over 12 million years ago as a shallow lake. Now it holds water briefly for a short time each year, but is primarily a large expanse of salt, furthered by the salt springs that exist there. The area is home to one of the largest accumulations of big-game species in the world, many of which use the salt springs as salt licks.