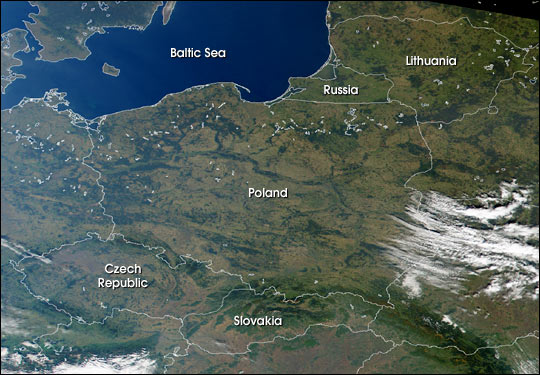 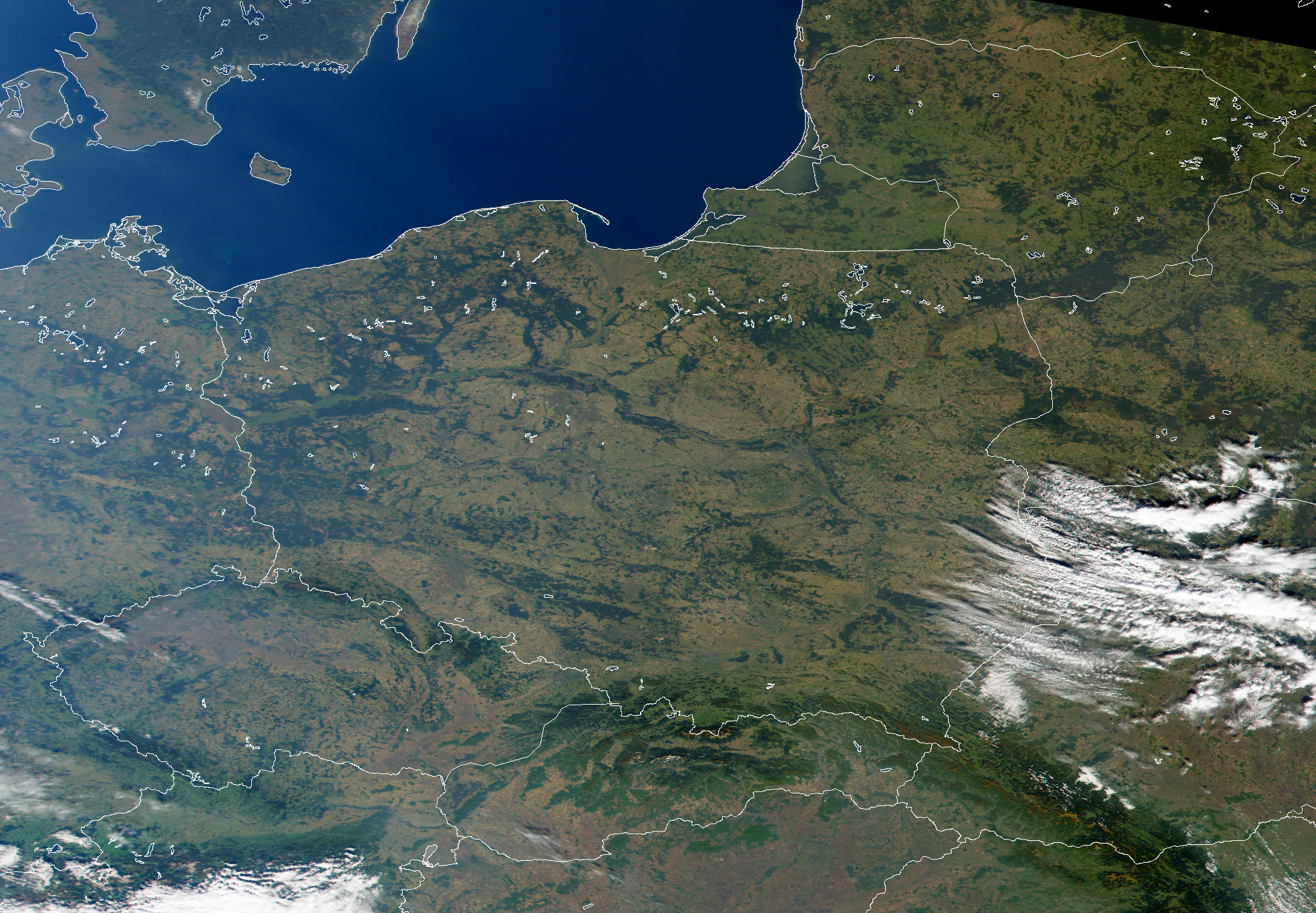 This rare cloud-free scene of Poland, Slovakia, and the Czech Republic was taken by the Moderate Resolution Imaging Spectroradiometer (MODIS) on September 30, 2000. Other countries in the image are Lithuania and the Kaliningrad province of Russia. The Carpathian Mountains arc through Slovakia, appearing darker than the rest of the landscape because they protrude above the haze that covers much of the region. To the northeast is the Baltic Sea, which separates these countires from Scandinavia.

Image by the Earth Observatory team, based on data from MODIS.