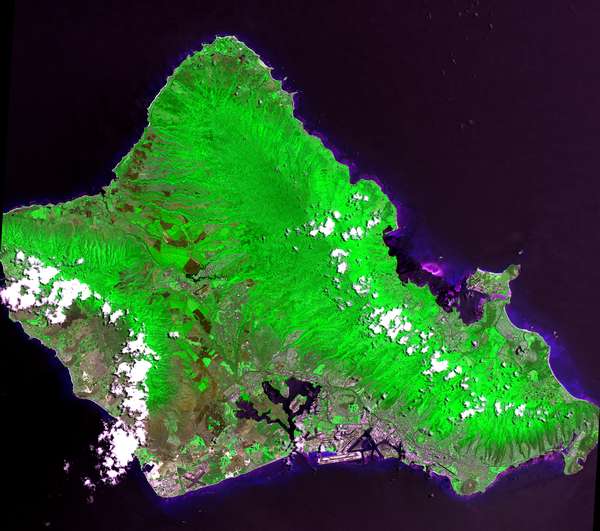 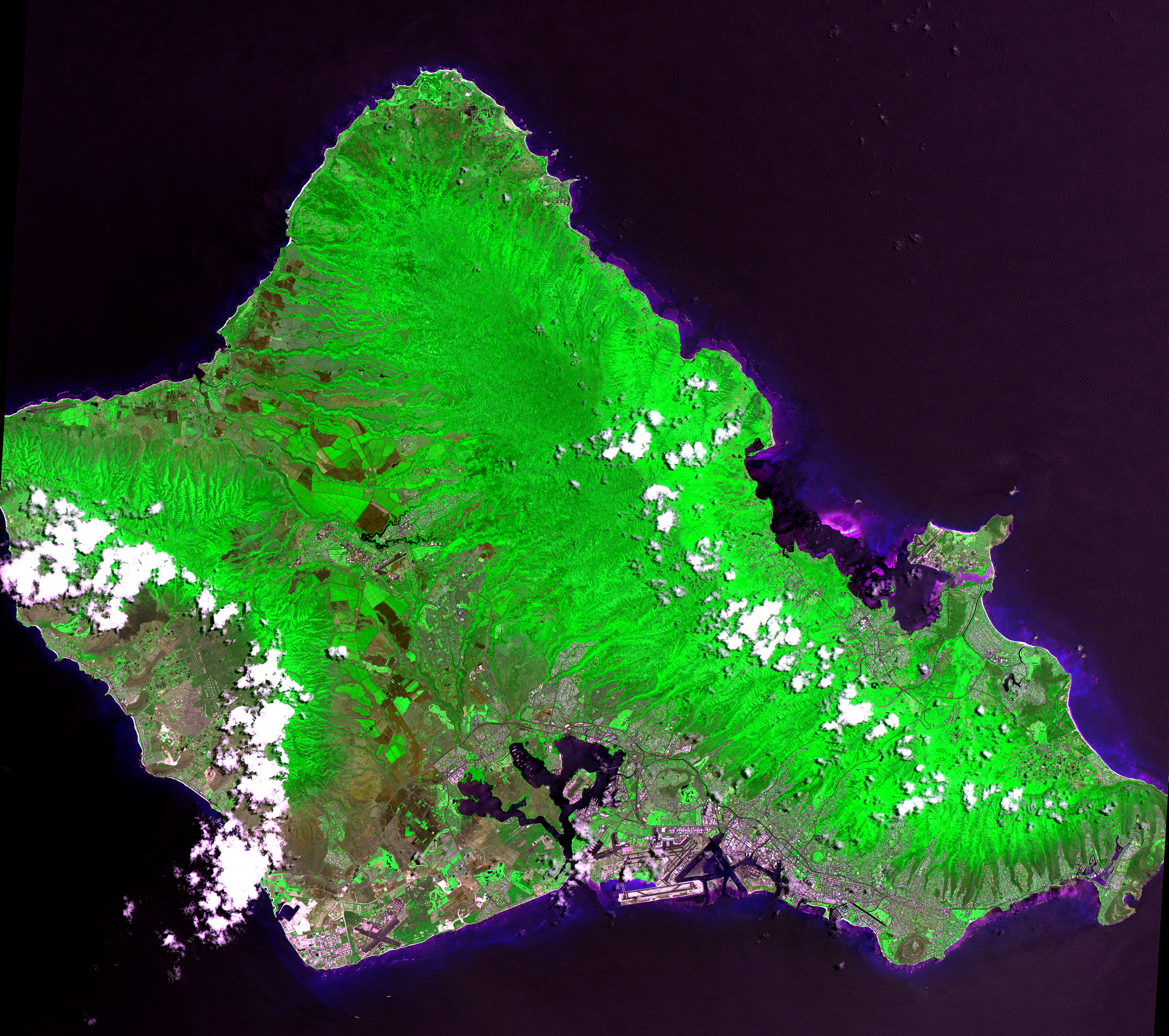 This 60 by 50 kilometer (37 by 31 mile) scene from the Advanced Spaceborne Thermal Emission and Reflection Radiometer (ASTER) instrument on NASA's Terra satellite shows almost the entire island of Oahu, Hawaii, on June 3, 2000. Oahu is the commercial center of Hawaii, and tourism is the largest contributor to the economy. Among the many popular beaches is the renowned Waikiki Beach, backed by the famous Diamond Head, an extinct volcano. The largest community, Honolulu, is the state capital.

Built in Japan for the Ministry of International Trade and Industry, ASTER is one of several Earth-observing instruments on the Terra satellite, launched in December 1999. The Terra spacecraft, the flagship of a fleet of satellites dedicated to understanding our global environment, is part of NASA's Earth Sciences Enterprise, a long-term research program dedicated to understanding how human-induced and natural changes affect our world.