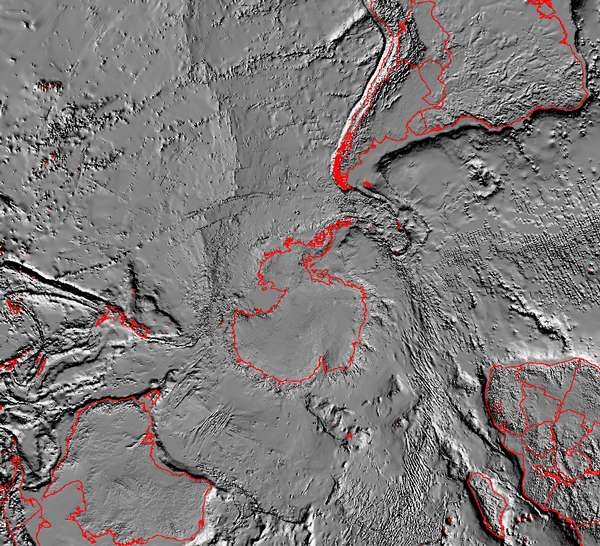 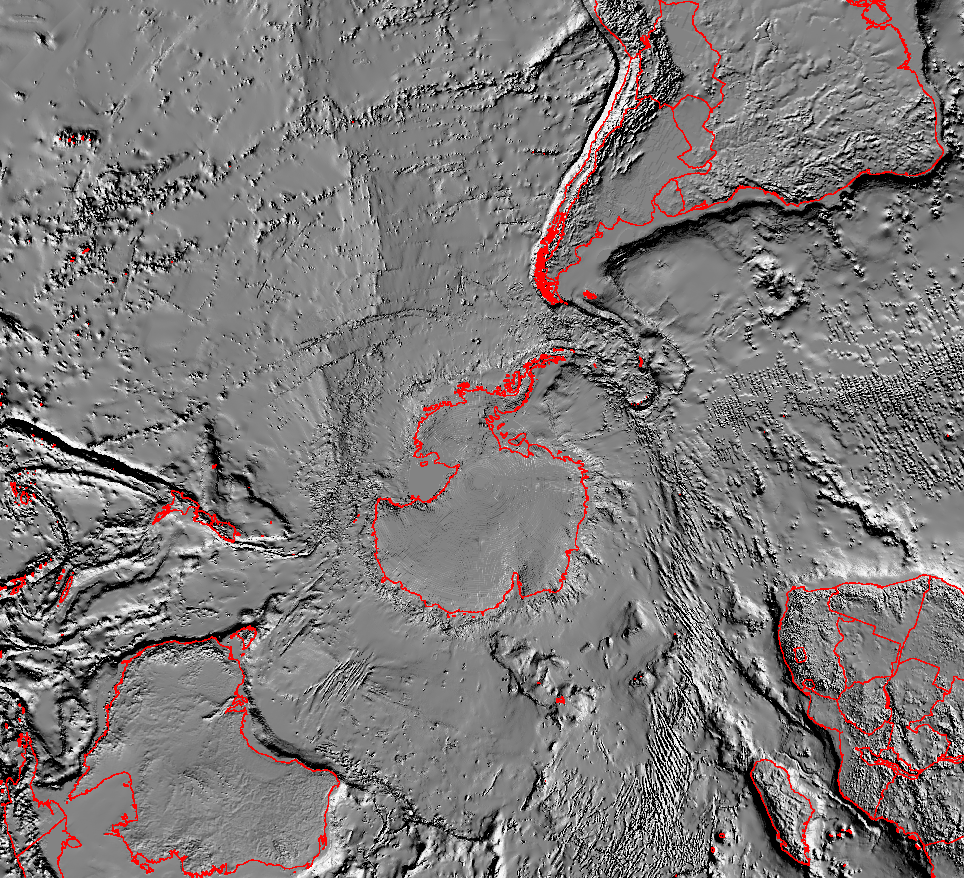 This tectonic relief map of the south pole is the result of new satellite-based technologies which are being used to analyze tectonic activity in the Earth's crust. These maps, known as Digital Tectonic Activity Maps (DTAMs), synoptically depict the architecture of the Earth's crust including current and past tectonic activity. This is significant because it permits researchers to view broad zones of activity over the entire surface of the Earth, rather than focusing on single boundary features. By looking at these "big pictures," scientists can possibly identify regions of activity which were not previously recognized or mapped using traditional methods.