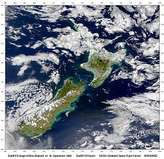 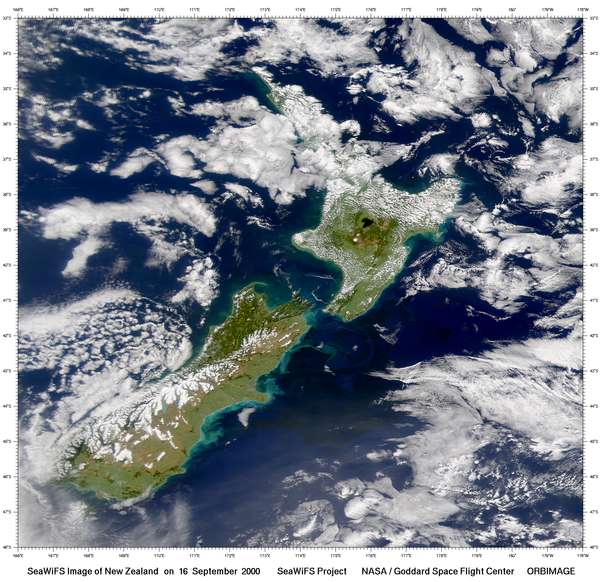 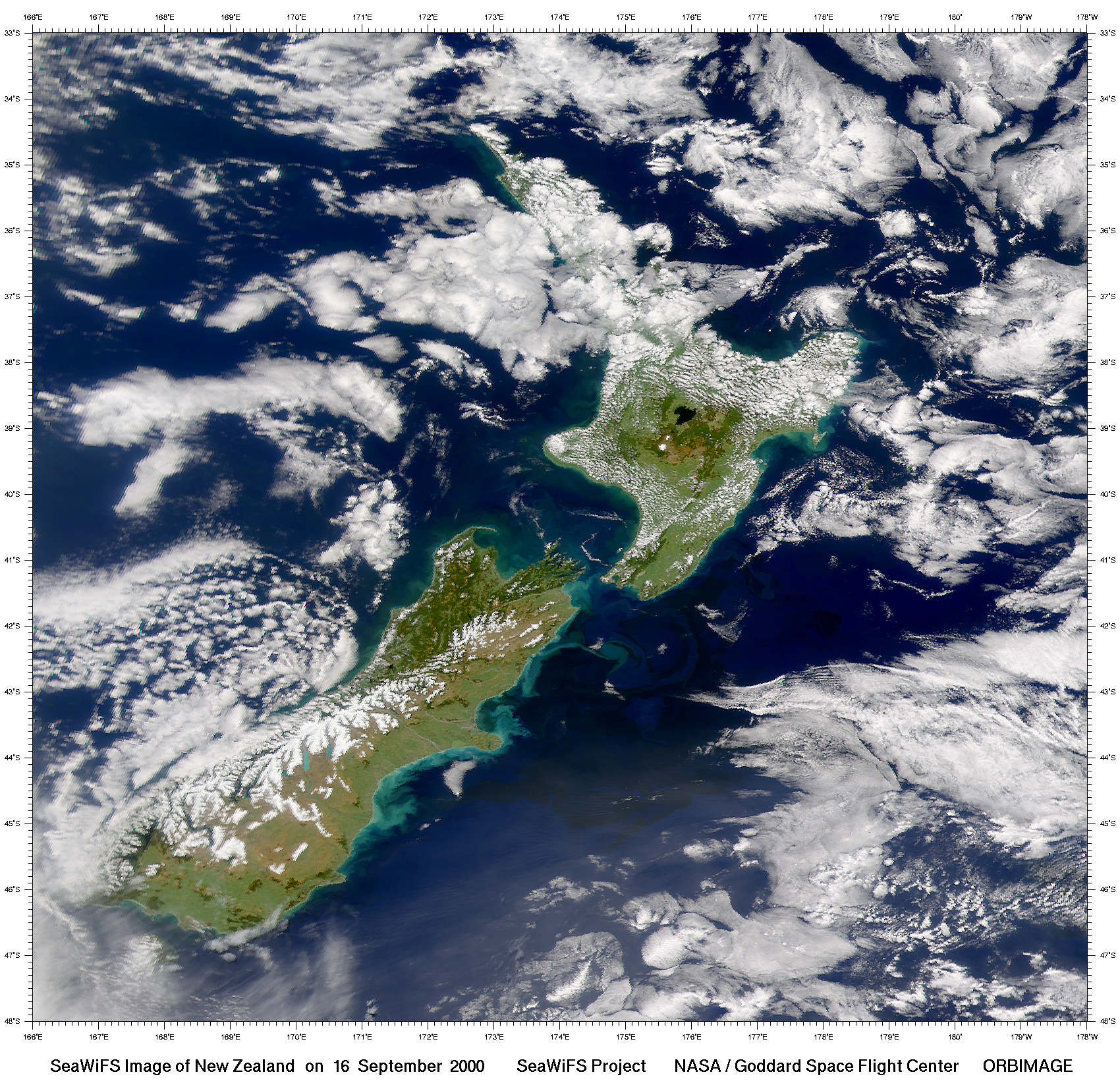 This SeaWiFS image shows many of the links in life:

<li>Currents -- particularly to the southeast of Cook Strait -- are made visible in this mapped image by the phytoplankton that they carry. <li>One of the chlorophyll-highlighted water masses has been drawn out by those currents into a thin ribbon that is only a few kilometers wide in places but over a hundred kilometers long. <li>The western end of that ribbon appears to be attached to a small spit of land -- the Kaikoura Peninsula. <li>Just offshore of the Kaikoura Peninsula lies the Kaikoura Canyon where sperm whales hunt for the squid that eat the fish that eat other fish and zooplankton that eat the phytoplankton.