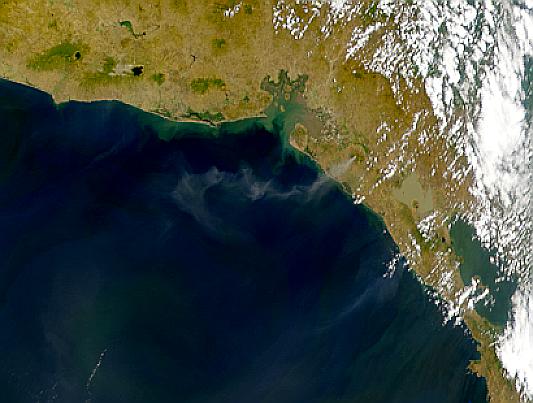 The smoke plume from the San Cristobal volcano in Nicaragua is visible as much as 200 kilometers away from its source in this SeaWiFS image. Smoke also appears to be coming from the vicinity of the Masaya volcano complex further to the south.