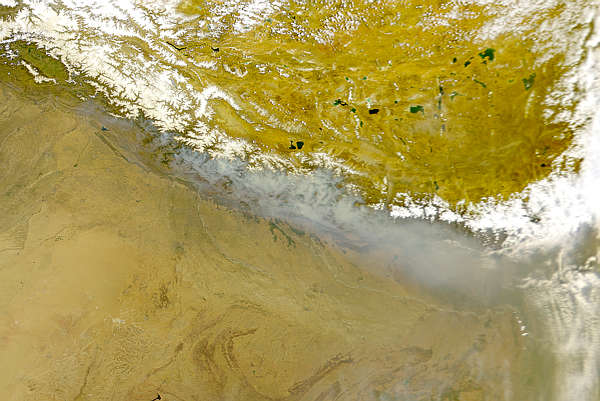 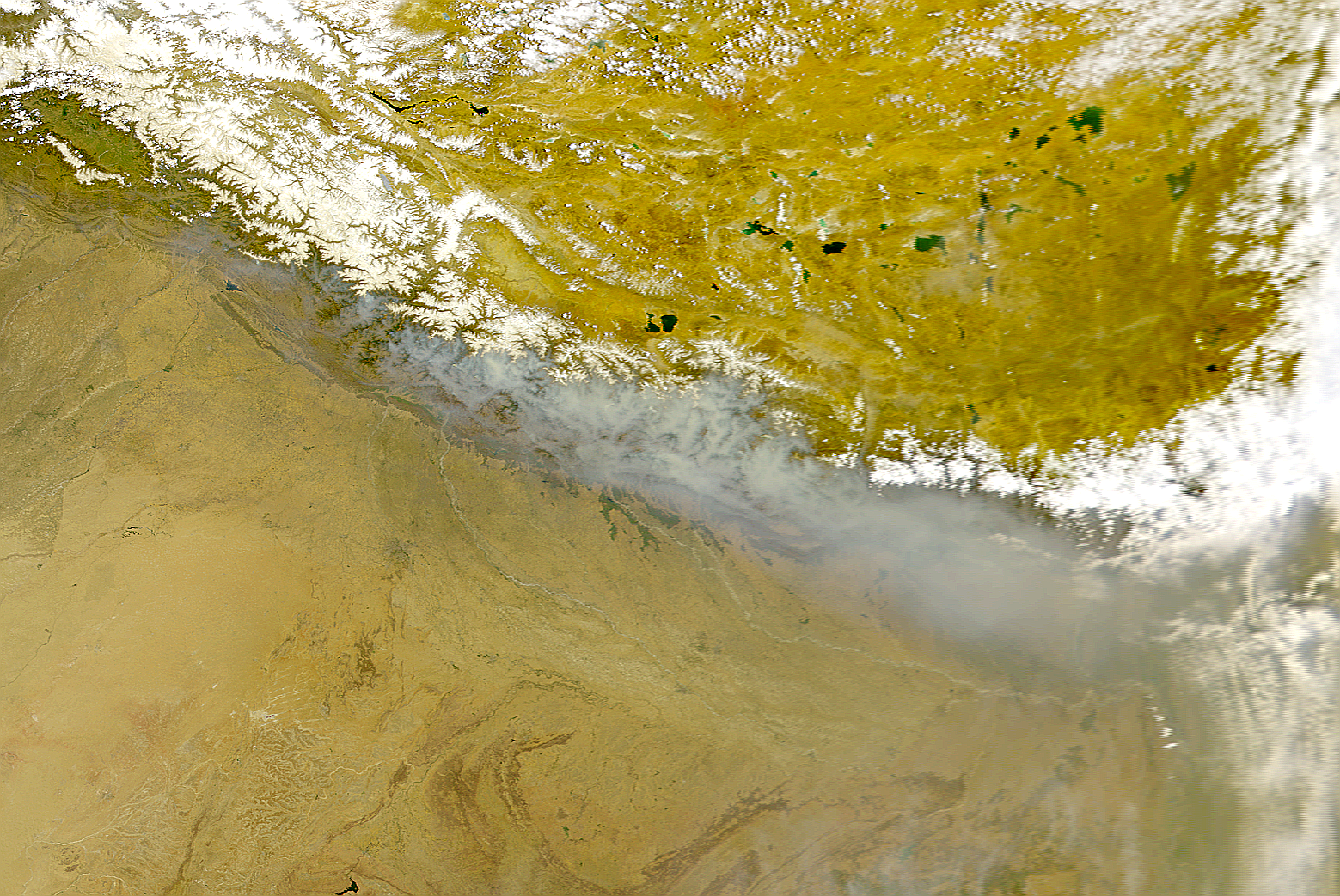 Extending from the southern border of Kashmir along the southern flank of the Himalayas and covering much of Nepal, the grayish cloud in this SeaWiFS image looks very much like smoke.