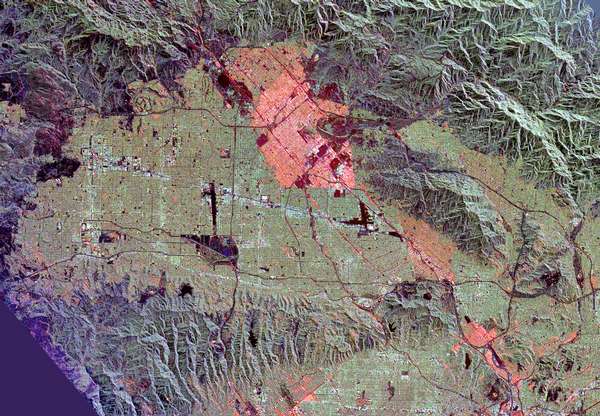 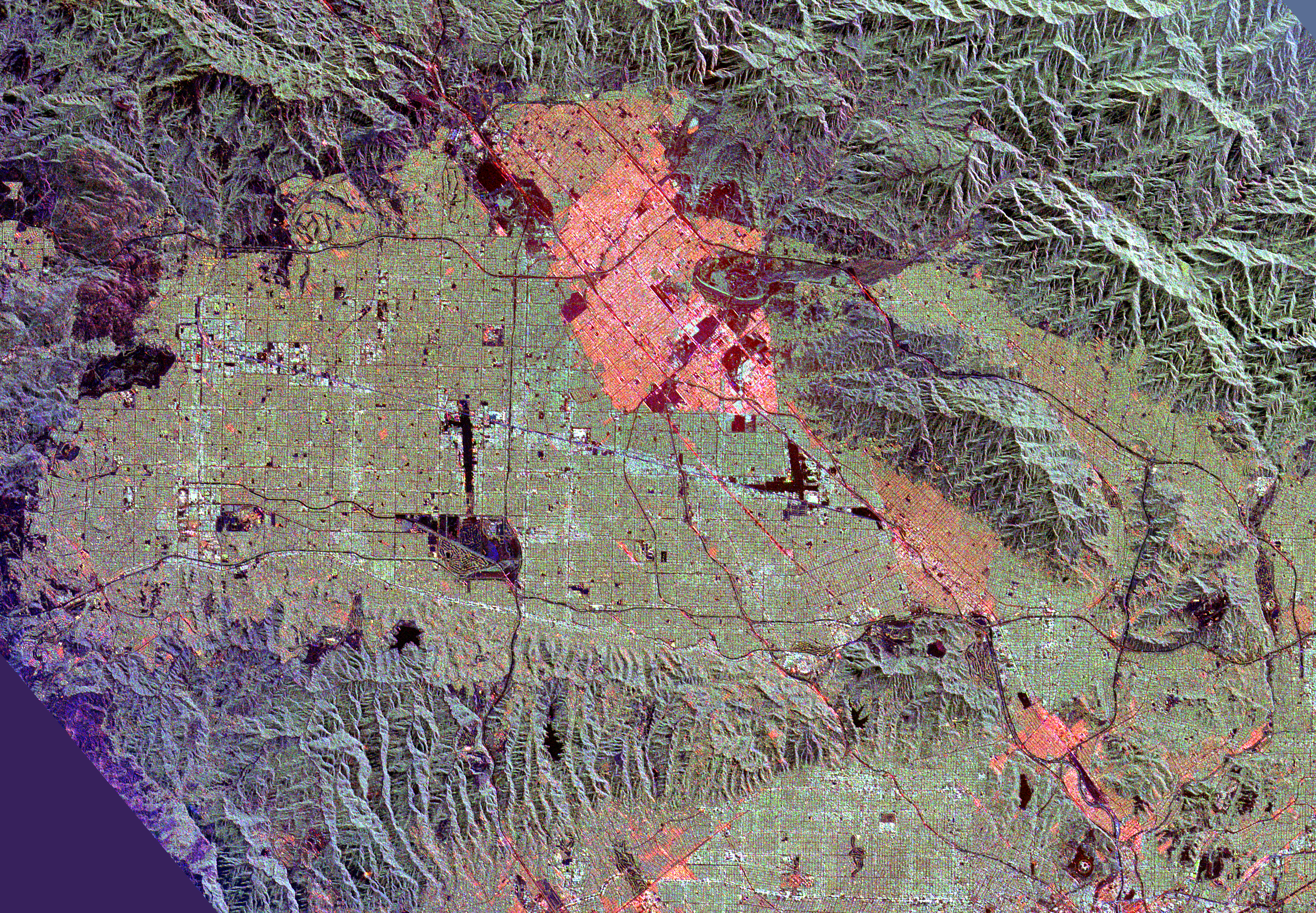 This spaceborne radar image shows Southern California's San Fernando Valley with its dense network of streets and freeways in the center. The Santa Monica Mountain range is shown along the bottom of the image and it separates the valley from the city of Los Angeles. The San Gabriel Mountains are shown in the upper right. Some city areas appear red due to the angle of streets and buildings relative to the incoming radar beam. Dark areas in the valley are two airports (dark strips) and a large flood control basin (just left of center). Urban planners can use images like this one to study land-use patterns in cities and surrounding areas. The lower left and upper right corners are areas of no data beyond the edge of the radar data swath. The image was acquired by the Spaceborne Imaging Radar-C/X-band Synthetic Aperture Radar (SIR-C/X-SAR) onboard the space shuttle Endeavour on October 3, 1994. SIR-C/X-SAR, a joint mission of the German, Italian and the United States space agencies. Colors are assigned to different radar frequencies and polarizations as follows: red is L-band horizontally transmitted, horizontally received; green is L-band horizontally transmitted, vertically received; blue is C-band horizontally transmitted, vertically received.