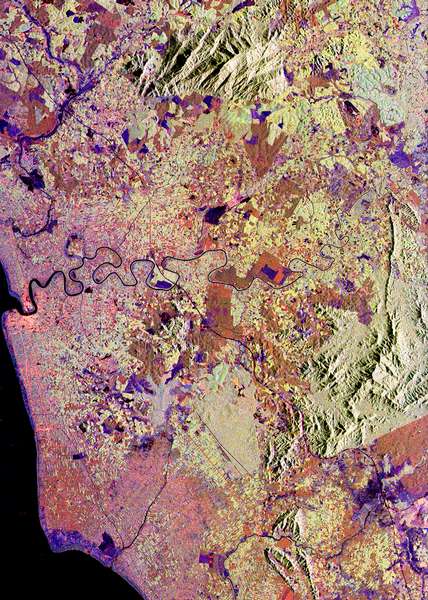 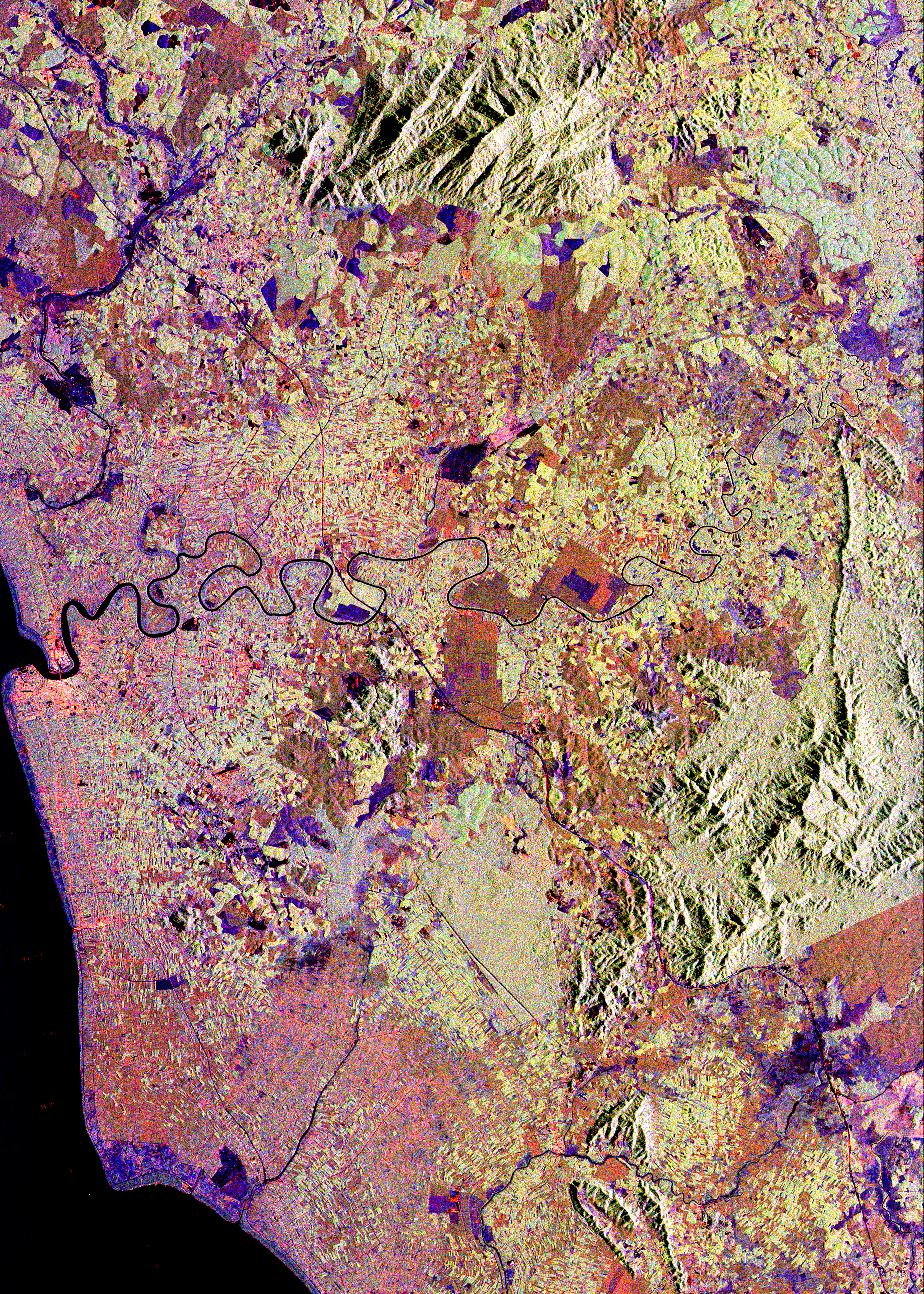 This spaceborne radar image shows patterns of agricultural development in the southwest coastal area of the Malaysian Peninsula. The city of Muar is at the center of the left edge of the image at the mouth of the Muar River (Sungai Muar). The city is about 150 km (93 miles) southeast of Malaysia's capital Kuala Lumpur, and about the same distance northwest of Singapore. The coast at the left side of the image is on the Strait of Malacca, the narrow waterway separating Malaysia and the Indonesian island of Sumatra. Blue areas along the coast are tidal marshes. The fine patchwork patterns seen across the image in yellow and orange are groves of rubber, banana and oil palm trees, the dominant agricultural products of the region. Fields of other seasonal crops appear in darker shades of orange and purple. A sharp boundary is seen in the lower right between native forest in light green and clear-cut croplands in orange. Radar images are extremely useful for monitoring and mapping land use patterns in the tropics, due the cloud-penetrating nature of radar and its sensitivity to vegetation types and density. In a joint program between NASA and several southeast Asian countries including Malaysia, high resolution radar images and topography data are to be collected by JPL's Airborne Synthetic Aperture Radar (AIRSAR) on-board a NASA DC-8 aircraft in the fall of 1996. This image was acquired by Spaceborne Imaging Radar-C/X-Band Synthetic Aperture Radar (SIR-C/X-SAR) onboard the space shuttle Endeavour on April 18, 1994. The image is 68.2 kilometers by 48.7 kilometers (42.3 miles by 30.2 miles) and is centered at 2.2 degrees North latitude, 102.7 degrees East longitude. North is toward the upper right. The colors are assigned to different radar frequencies and polarizations of the radar as follows: red is L-band, horizontally transmitted and received; green is L-band, horizontally transmitted, vertically received; and blue is C-band, horizontally transmitted, vertically received. SIR-C/X-SAR, a joint mission of the German, Italian, and United States space agencies, is part of NASA's Mission to Planet Earth.