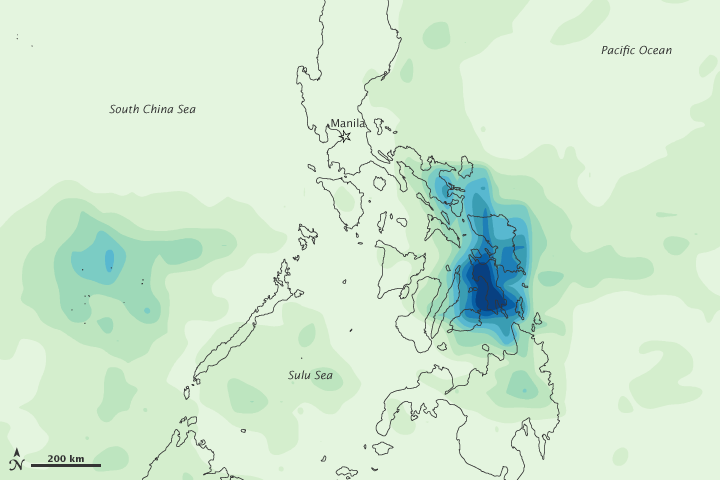 This color-coded image shows rainfall amounts over the Philippines from January 12 to 18, 2011. The heaviest rainfall is concentrated over the eastern seaboard.