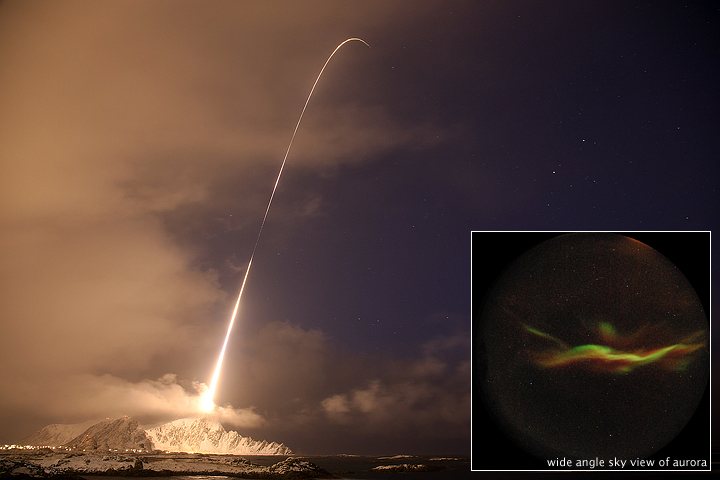 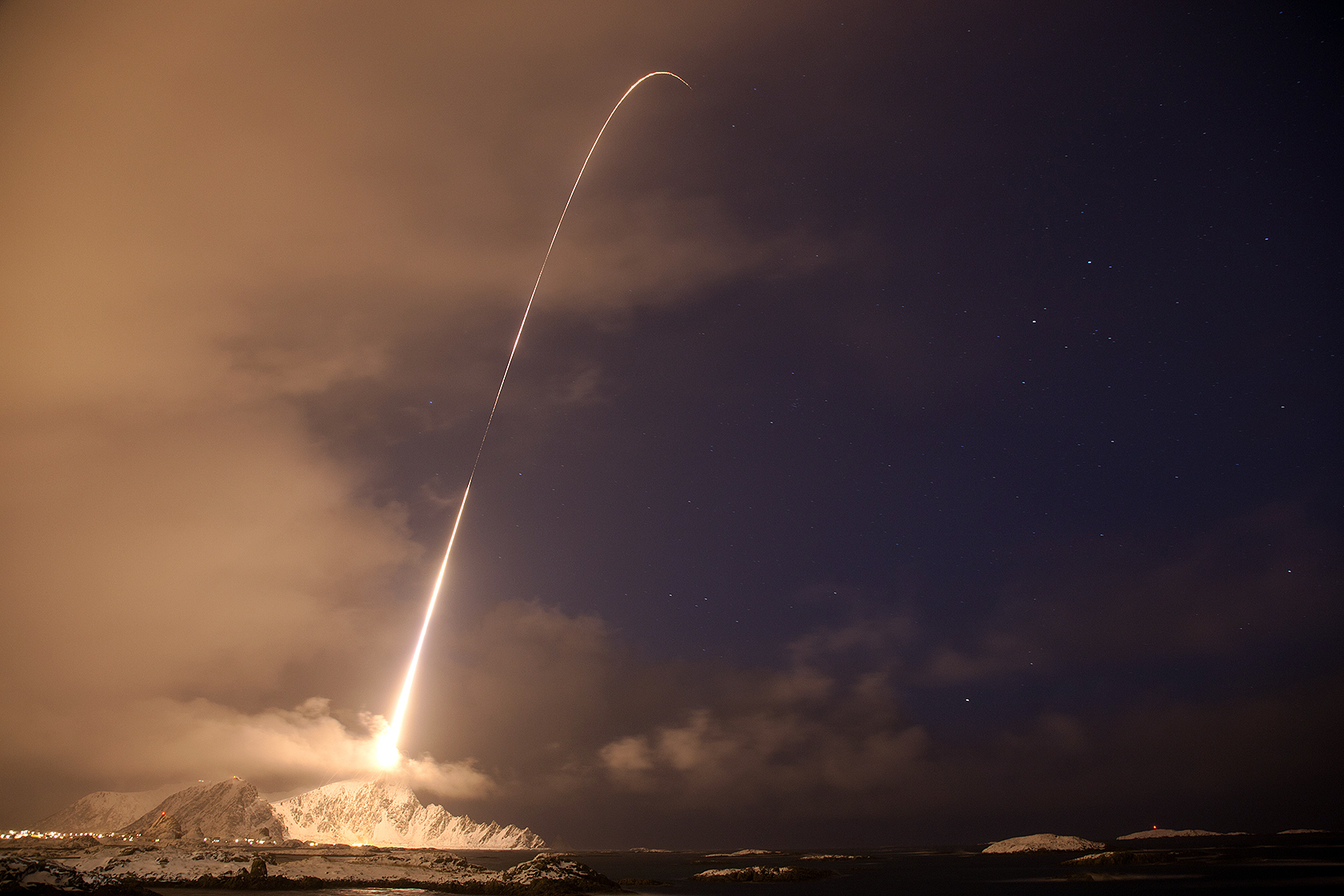 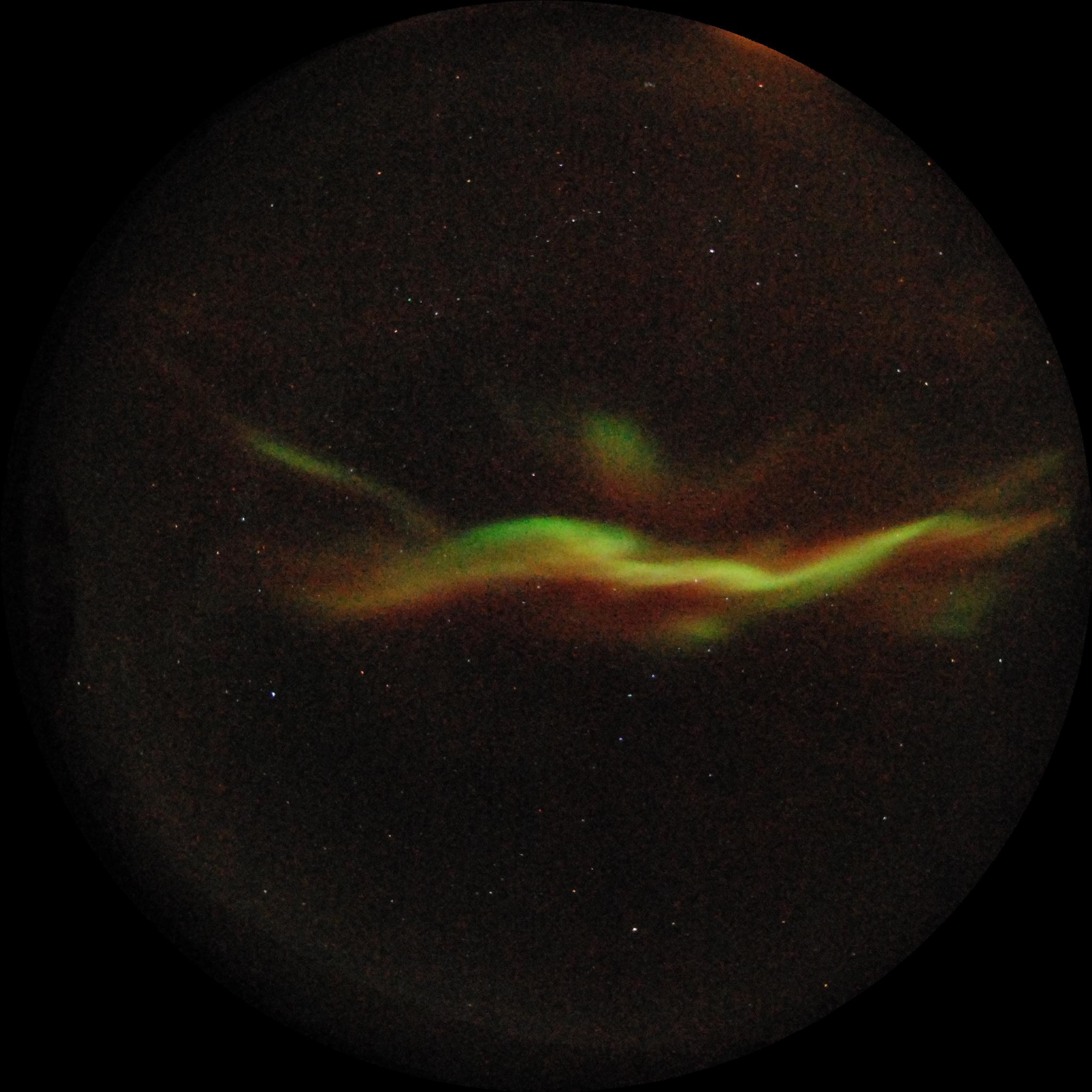 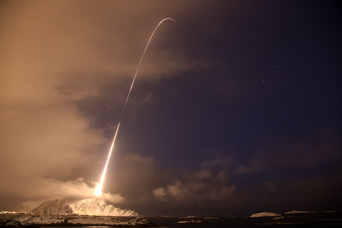 Photographers captured these digital photos of a four-stage Black Brant XII sounding rocket and the aurora borealis on December 12, 2010, during the NASA-funded Rocket Experiment for Neutral Upwelling (RENU).

The ground-based photograph of the rocket was taken by Kolbjørn Blix Dahle of Andøya Rocket Range. The inset photo of the aurora was taken by Fred Signeres of The Kjell Henrickson Observatory. Caption by Michael Carlowicz.