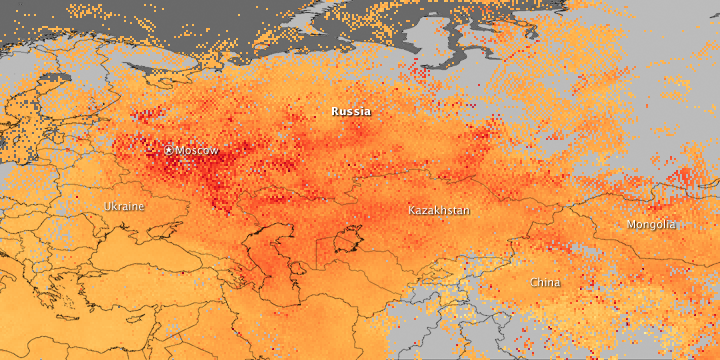 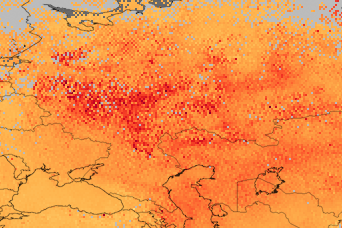 This image, made with data from the Terra satellite, shows high levels of carbon monoxide over western Russia during the first week of August 2010.