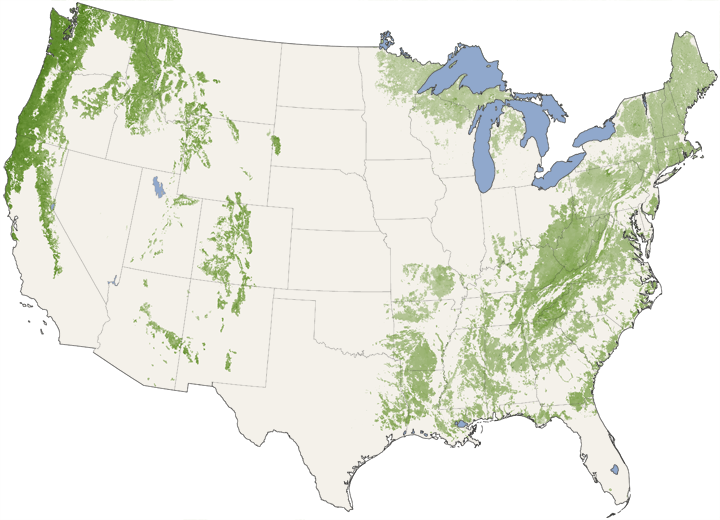 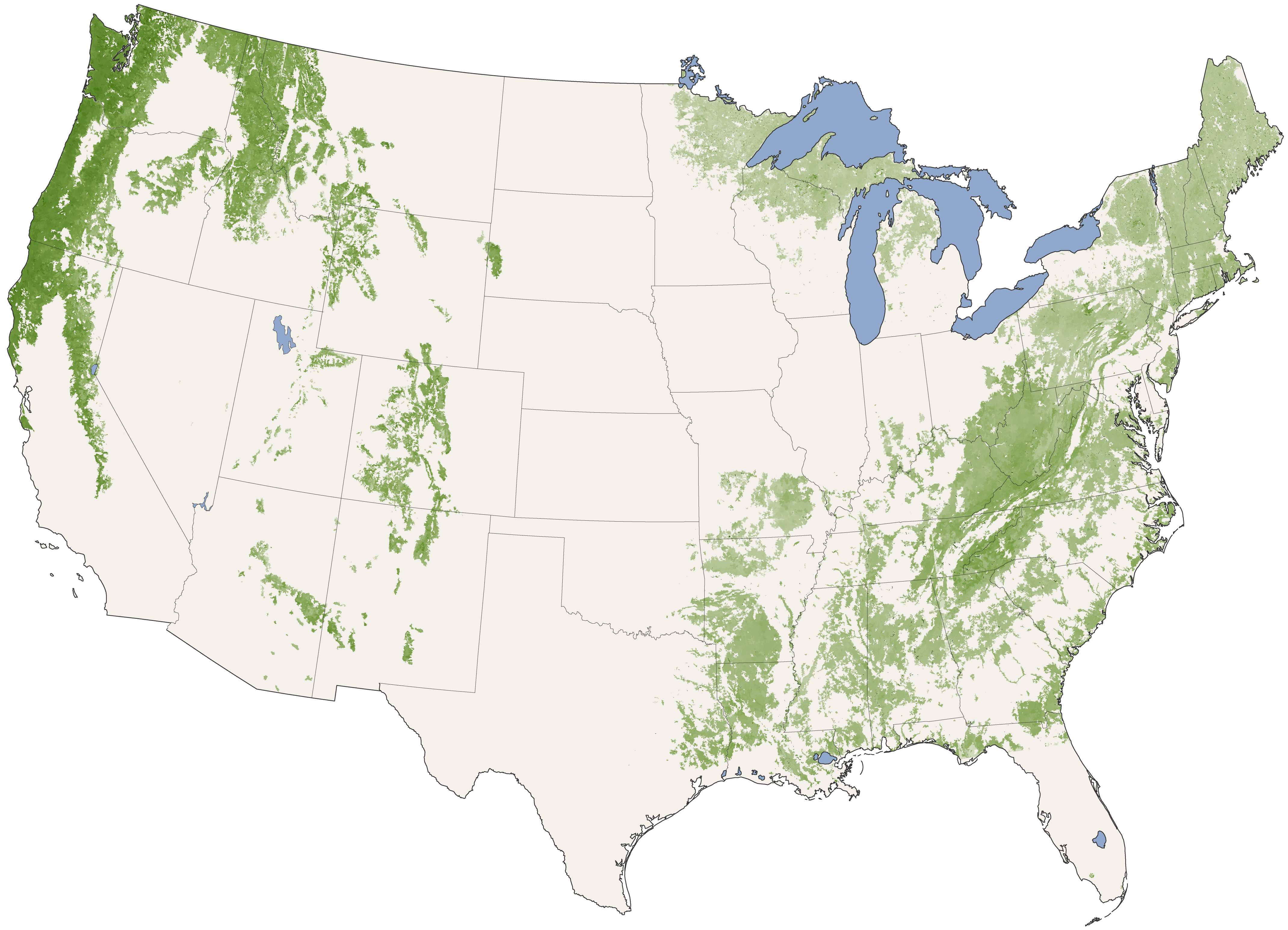 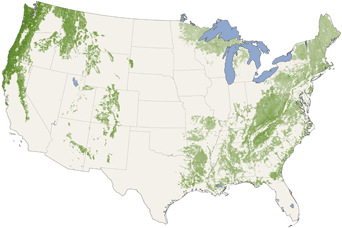 From the Pacific Northwest—home of the towering redwoods— to the Southern Appalachians, this map shows forest canopy heights across the United States.