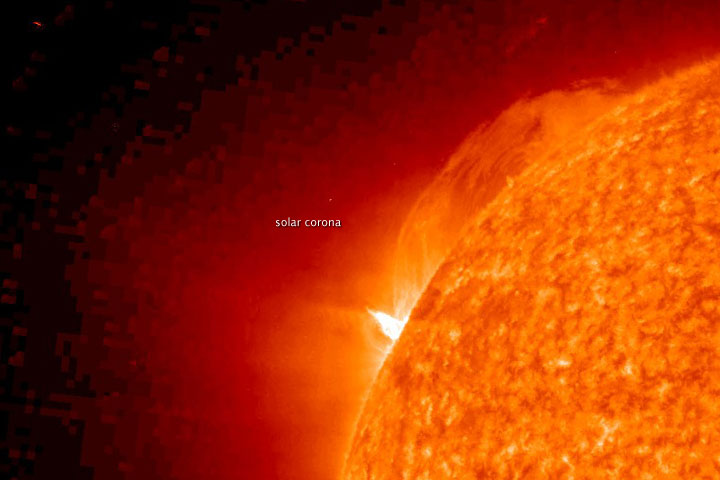 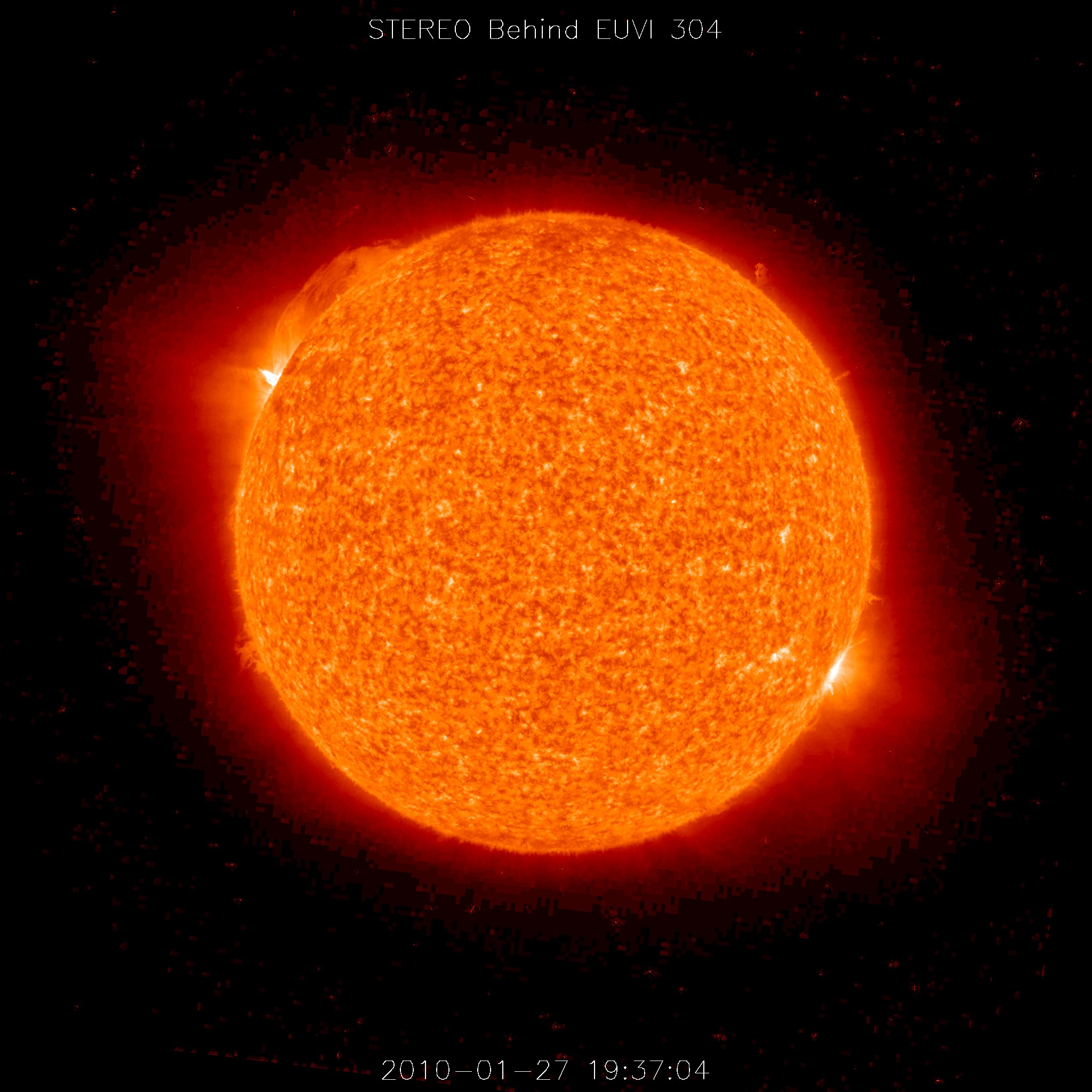 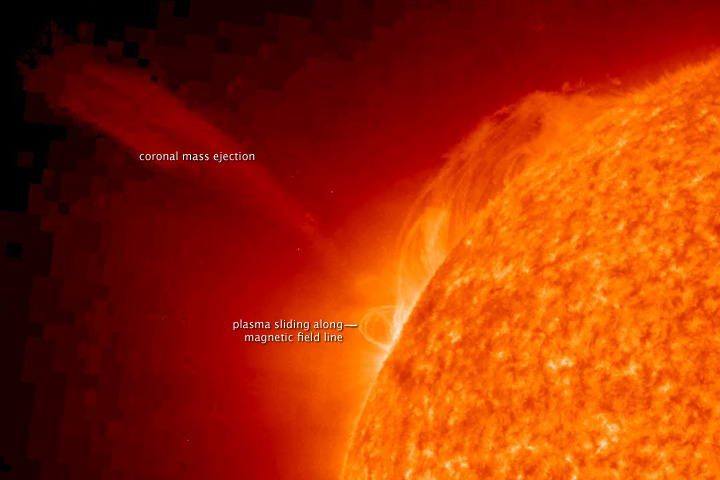 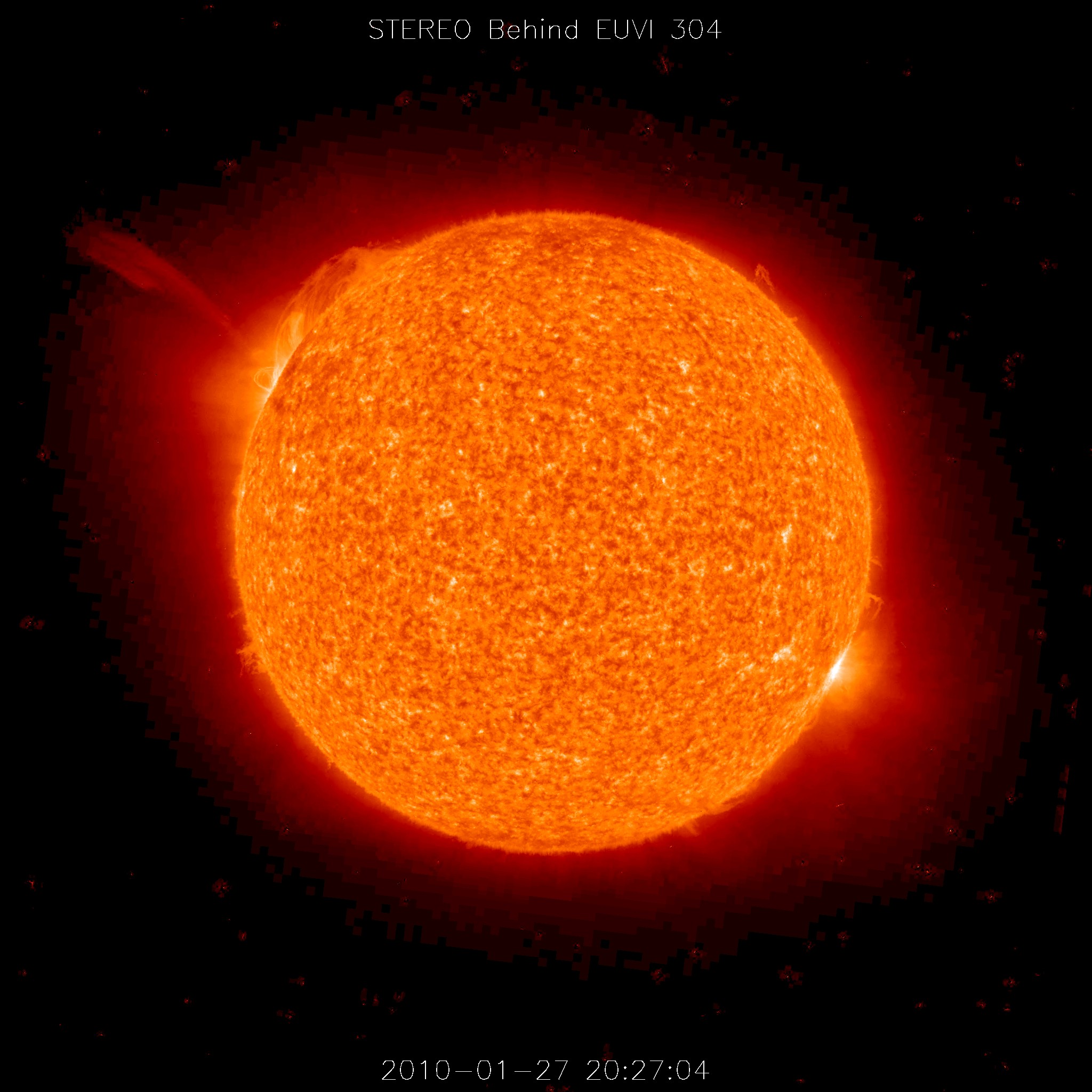 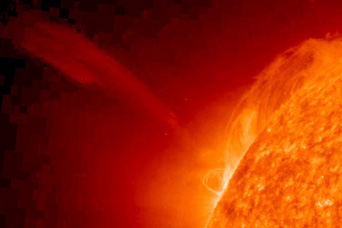 Fiery arcs rise above an active region on the surface of the Sun in this pair of images of a coronal mass ejection on January 27, 2010.

NASA images courtesy the STEREO Science Center. Caption by Holli Riebeek, based on interpretation provided by the Solar and Heliospheric Observatory Website’s Pick of the Week.