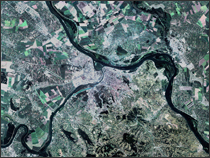 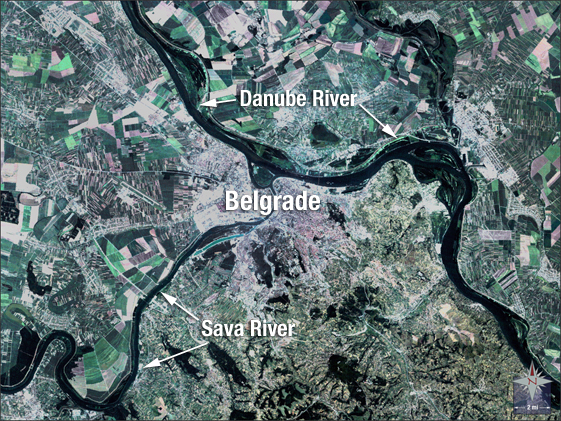 This image of Belgrade, in the former Yugoslavia, was captured in 1992, the year that the Bosnian Serbs proclaimed â€œThe Republic of Serb People of Bosnia and Herzegovina.â€ Today, Belgrade is the capital and most populous city of Serbia. Lying at the confluence of the Sava and Danube Rivers, Belgrade is thought to be one of the oldest European cities.