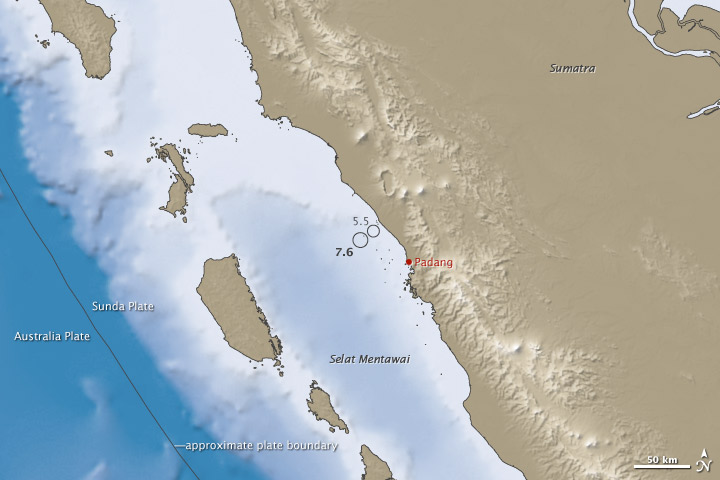 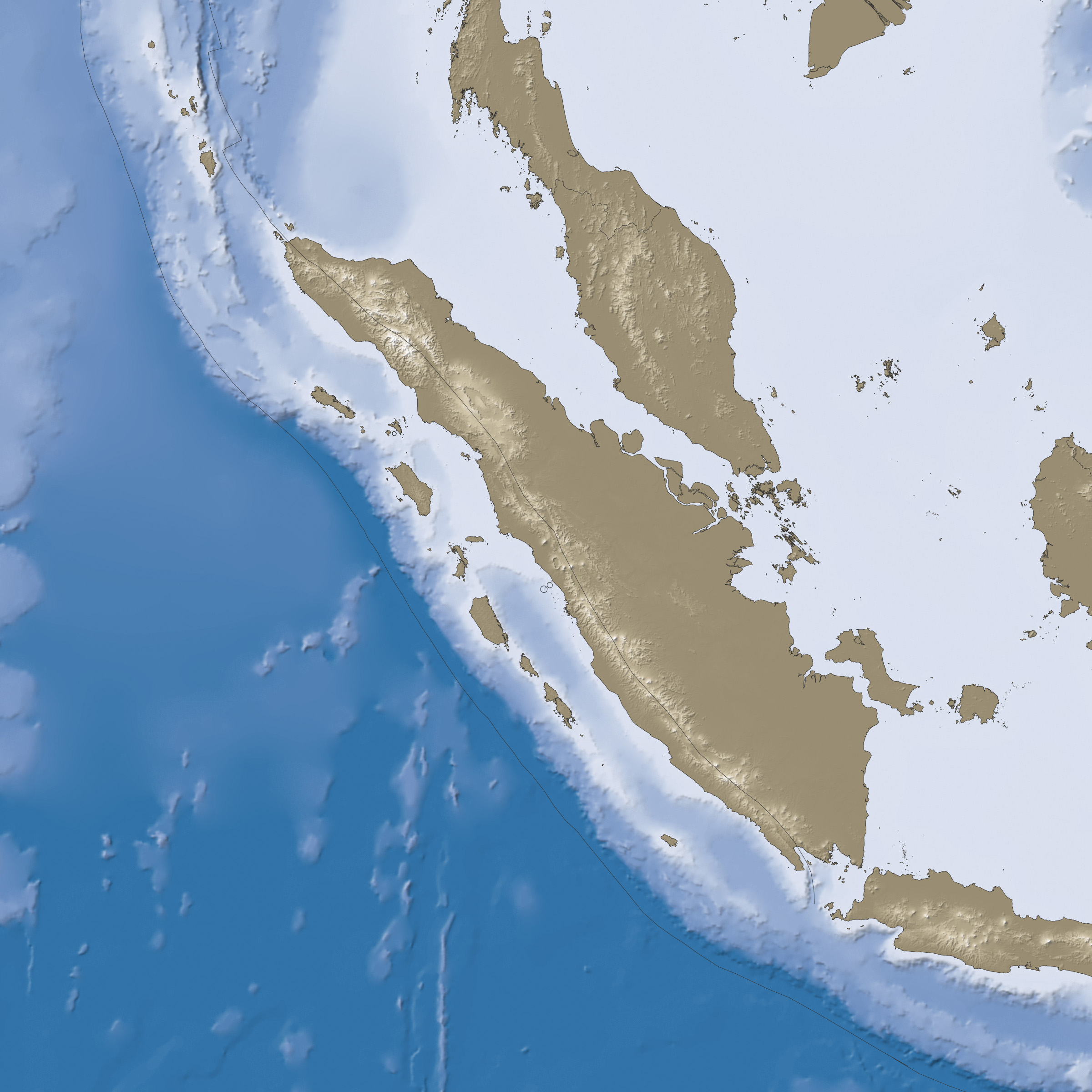 Hundreds if not thousands of people were buried under rubble, and the city of Padang was cut off from the outside world on September 30, 2009, after earthquakes struck southern Sumatra, said news reports. A magnitude 7.6 quake occurred at 5:16 p.m. local time, some 45 kilometers (30 miles) west-northwest of Padang, and a magnitude 5.5 quake struck 22 minutes later, roughly 40 kilometers (25 miles) northwest of Padang, according to the U.S. Geological Survey (USGS). The Guardian reported that authorities dispatched search teams to the region, and warned that the death toll might reach 1,000.

This image shows the location of the earthquakes (marked by black circles) along Sumatra’s coast. The image also shows the local topography in shades of brown, and the bathymetry of the surrounding sea floor in shades of blue. The black line indicates the boundary between the Australian and Sunda tectonic plates, which lies underneath the deep Sunda Trench.