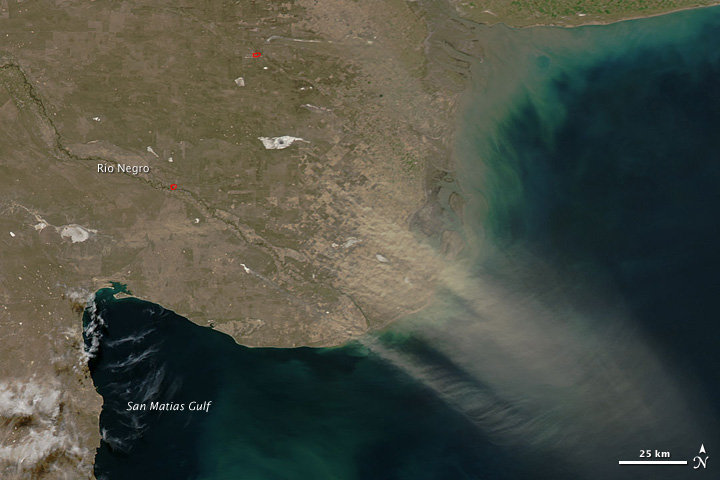 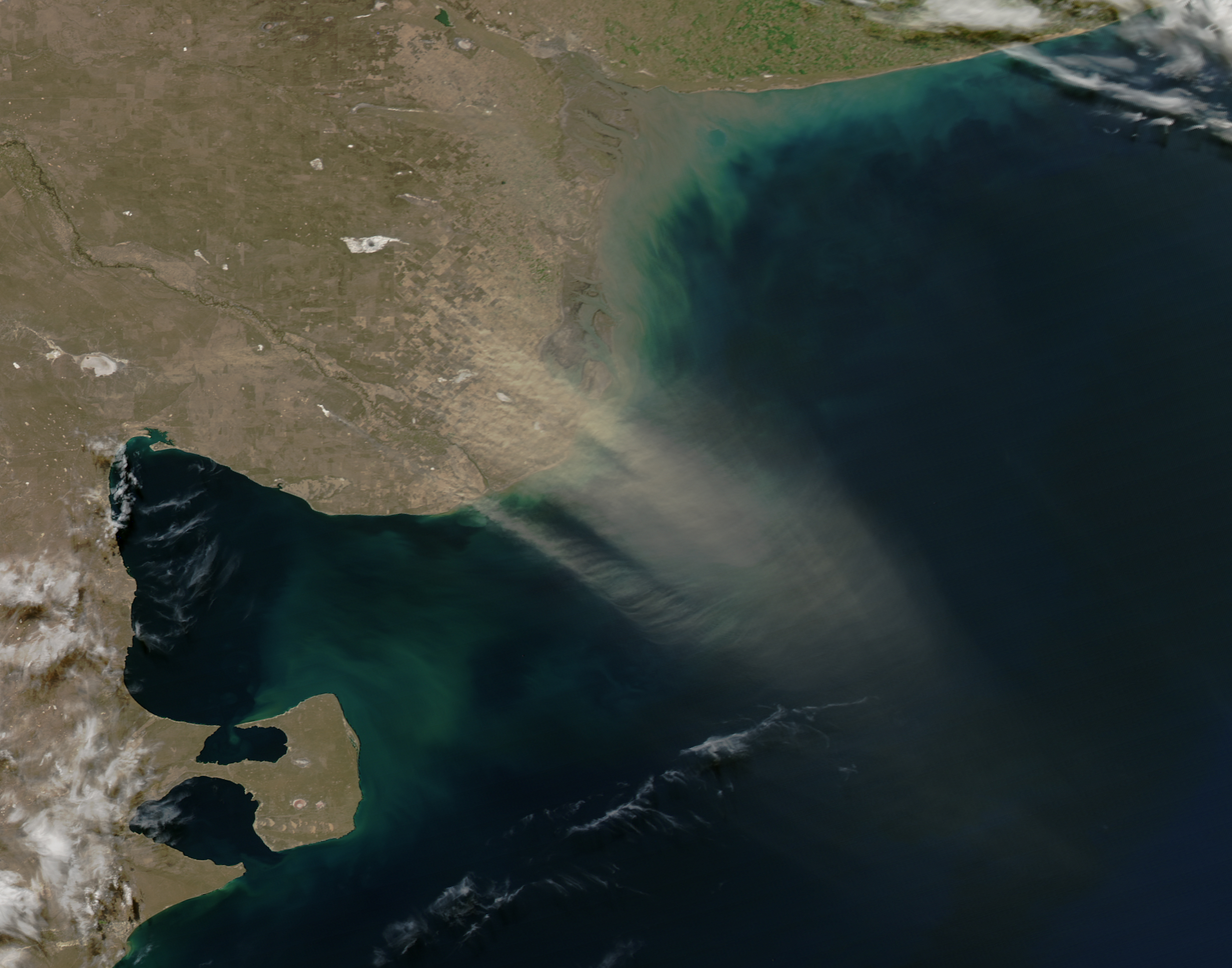 A checkerboard of growing (dull green) and fallow (tan) fields in northern Patagonia appears beneath a rippling plume of beige dust in this natural-color image from the Moderate Resolution Imaging Spectroradiometer (MODIS) on NASA’s Aqua satellite on September 11, 2009. The image shows parts of Argentina’s Río Negro province (left) and the southern tip of Buenos Aires province (right). High temperatures across Argentina in the first weeks of September 2009 depleted soil moisture, according to crop reports from the USDA Foreign Agricultural service. In addition to its impact on crops, the drying also makes it easier for the wind to sweep the soil off the ground.