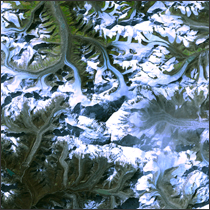 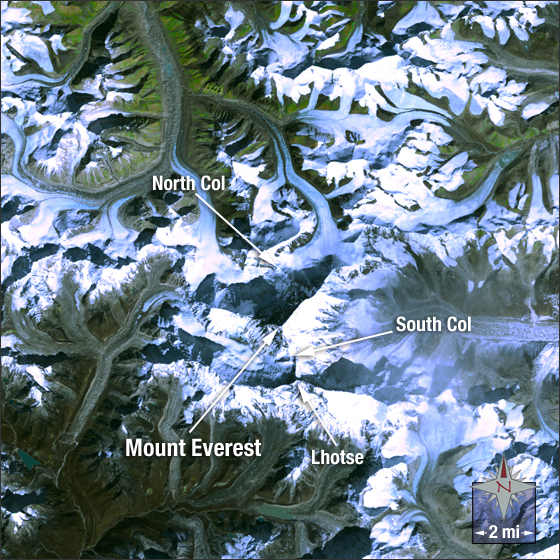 Mount Everest is the highest mountain on Earth, rising 29,029 feet above sea level. It is located on the border of Nepal and Tibet in the Himalayan mountain range. In Tibet the mountain is known as Chomolunga and in Nepal it is called Sagarmatha.

In this image you can see Mount Everest covered in white snow with Lhotse, the fourth highest mountain on Earth connected via the South Col â€” the saddle point between the two peaks. Vegetation appears green and rock and soil appear brown in the image.