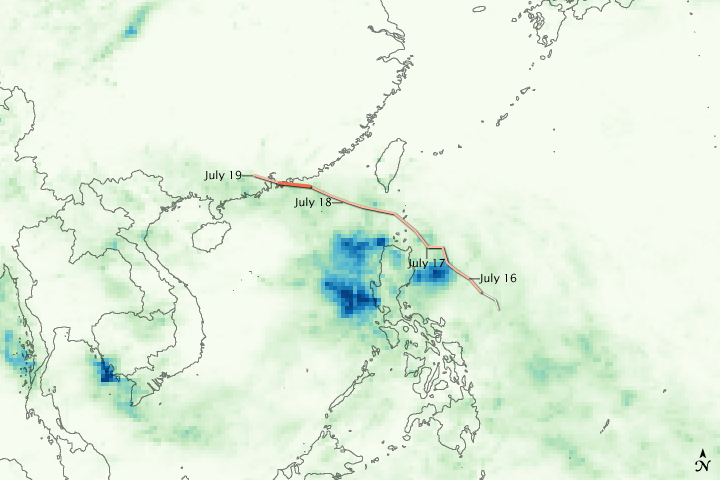 Typhoon Molave dropped a swath of heavy rain across the western Pacific Ocean as it tracked west across the Philippines and into China.