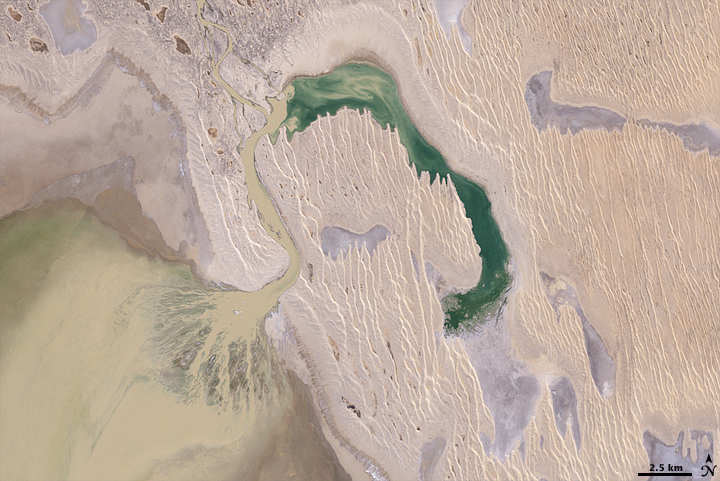 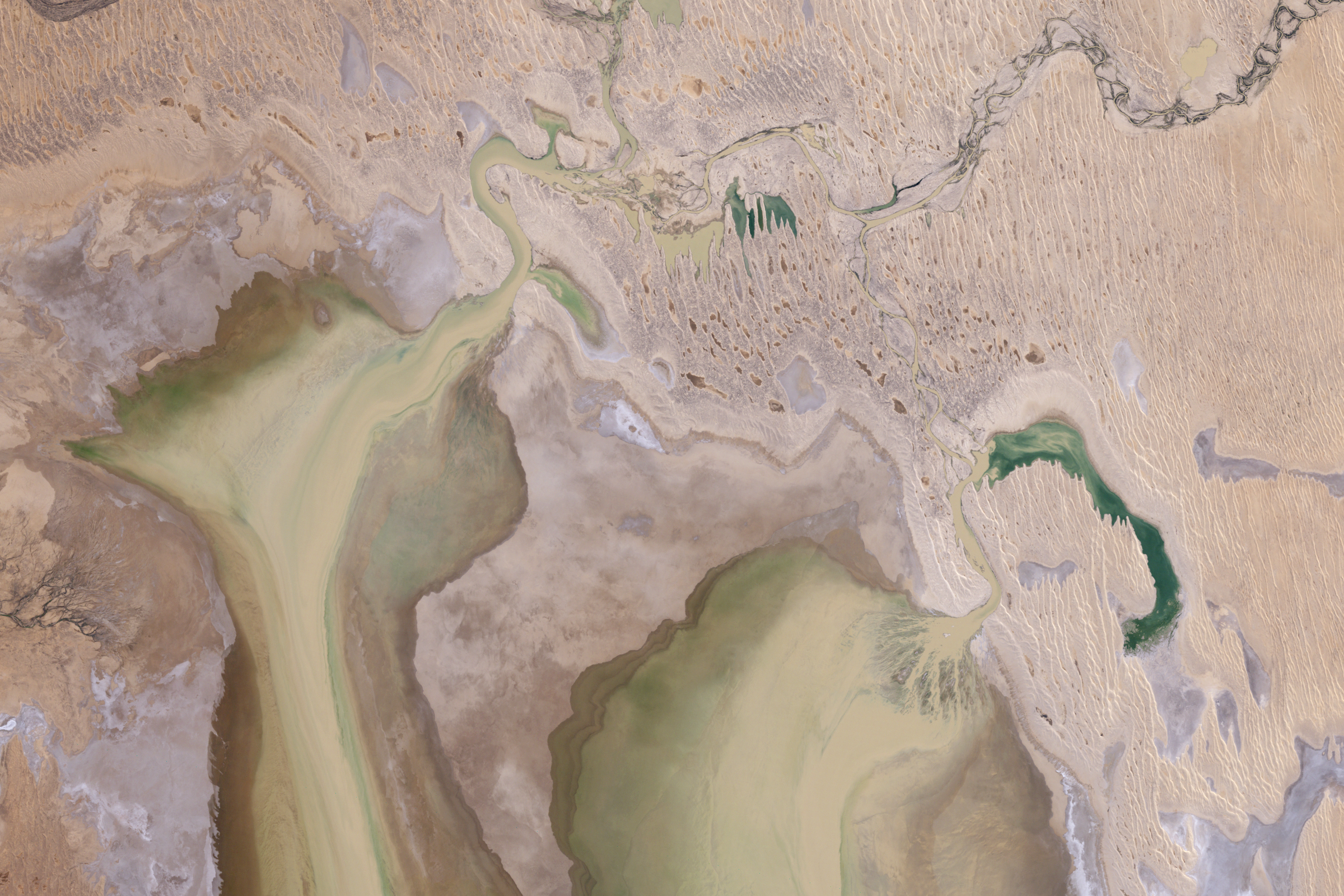 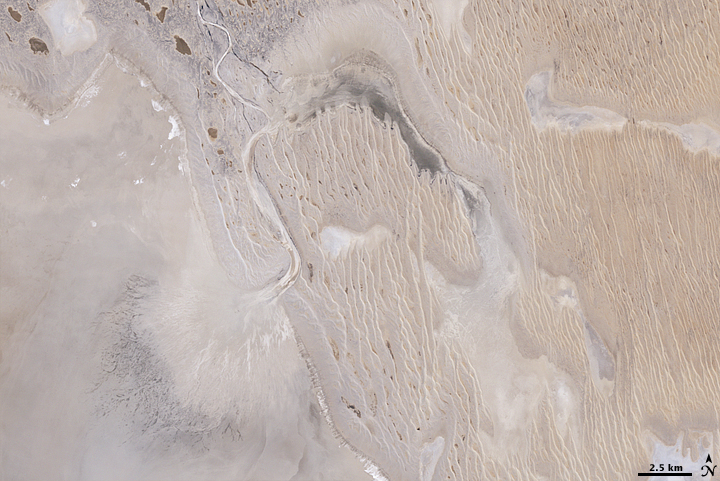 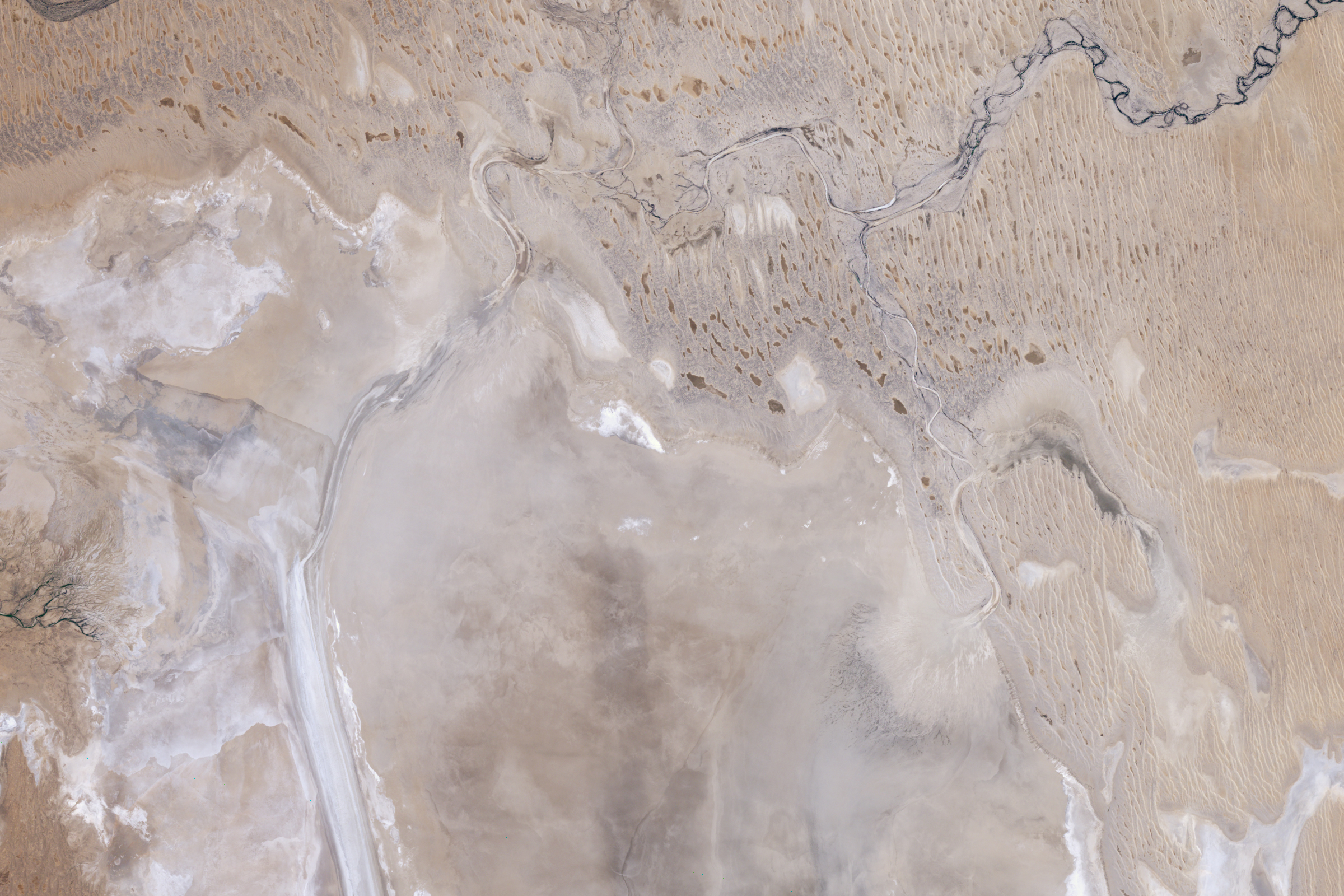 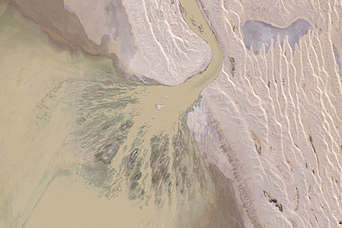 Muddy brown water spreads into Australia's Lake Eyre through a triangular delta in this natural-color Landsat image from May 9, 2009. The water transformed the dry basin into a vast inland sea where flocks of birds gathered to breed.