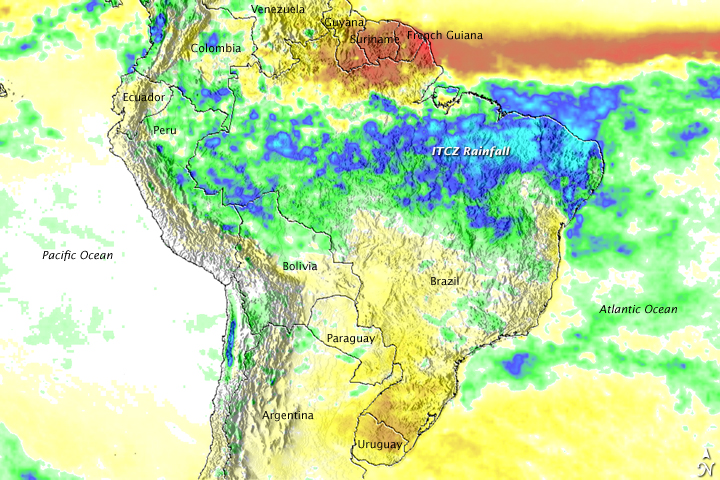 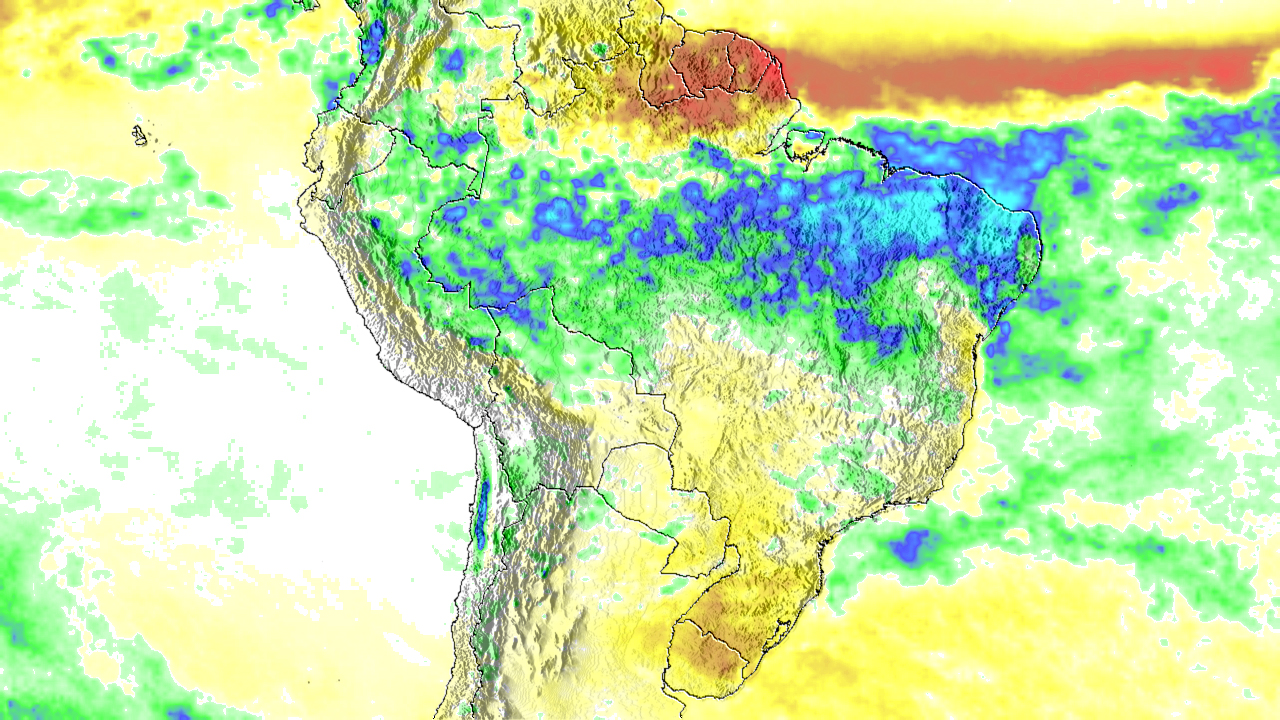 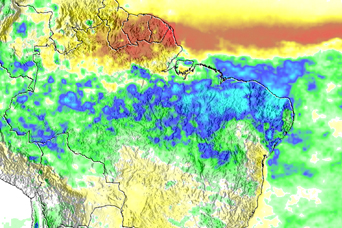 The contrast of current rainfall with average rainfall in this anomaly image reveals just how intense flood-inducing rains were in northern Brazil in April and May 2009.

Image produced by Hal Pierce and caption by Steve Lang and Holli Riebeek.