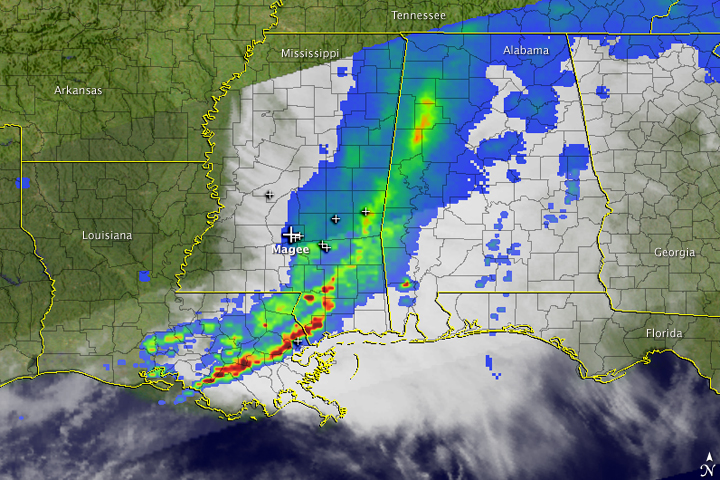 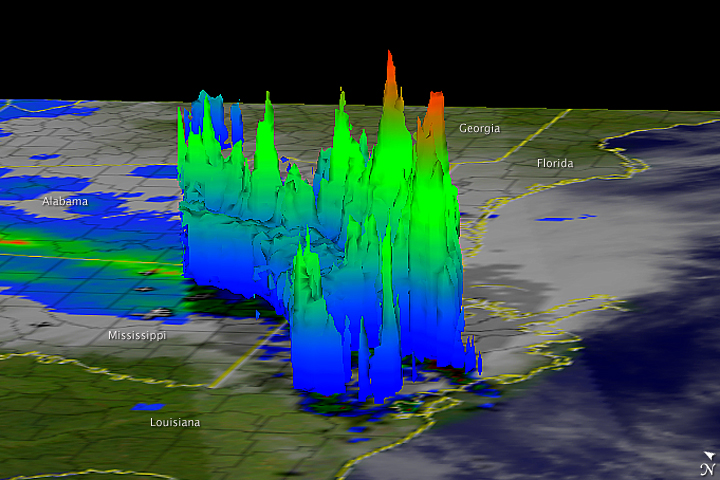 Severe thunderstorms swept through the southeastern United States on March 26, 2009. The storms dropped heavy rain and hail and spawned tornadoes. The most damaging tornado hit Magee, Mississippi, where 20 people were injured, reported the New York Times. These images show the line of thunderstorms at 4:46 a.m. Eastern Daylight Time (8:36 UTC) on March 26, after the tornado swept through Magee.

The images were made using data from the Tropical Rainfall Measuring Mission (TRMM) satellite. The top image shows the heavy rain brought by the storms as observed by the TRMM Thermal Imager and Precipitation Radar. The most intense rain is shown in red and yellow, while lighter rainfall is blue. A line of heavy rain stretches through Louisiana, Mississippi, and Alabama. White crosses show where tornadoes were reported along the path of the thunderstorms. A larger cross shows where a powerful tornado occurred earlier in the morning over Magee, Mississippi.

The lower image is a side-on, three-dimensional view of the clouds made using data from TRMM’s Precipitation Radar. The tallest of the towering clouds are associated with the most intense thunderstorms, the heaviest rain, and possibly tornadoes over Louisiana and Mississippi.