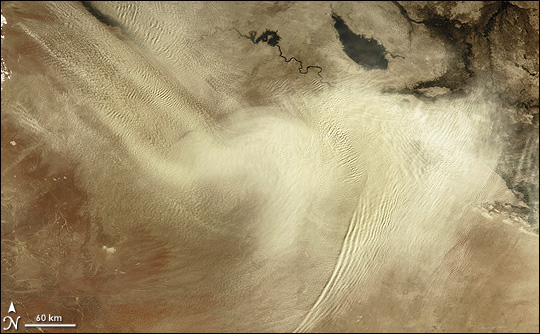 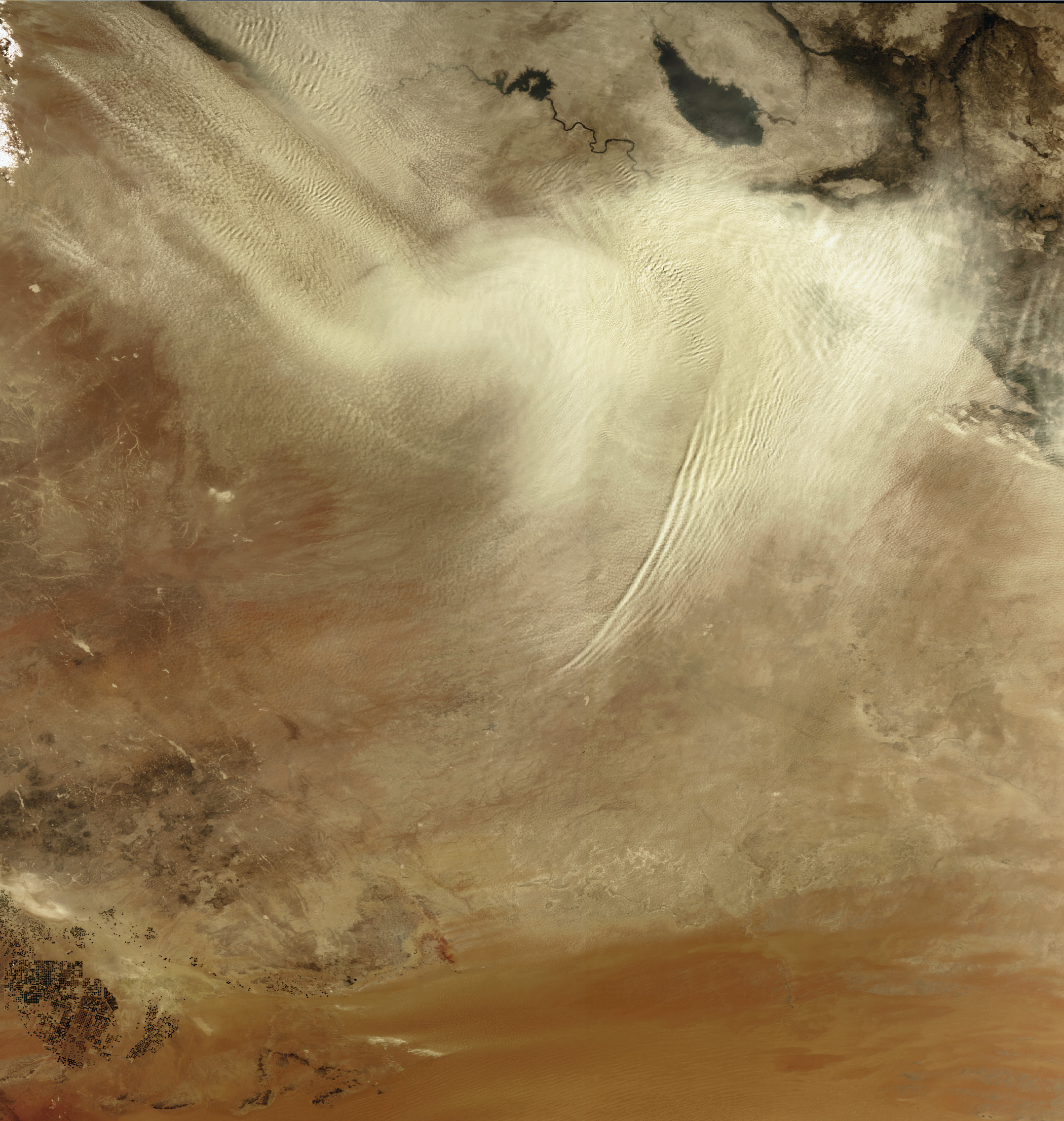 Following the course of the Euphrates River, a large sandstorm swept over Iraq on September 14, 2008. Sandstorms are common in Iraq’s desert terrain, especially during the summer, when a strong northwesterly wind called the shamal blows over the floodplain of Iraq’s Tigris and Euphrates Rivers.

This image originally appeared in the NASA Earth Observatory story Dust over Iraq.

Image courtesy the European Space Agency. Caption by the ESA and Holli Riebeek.