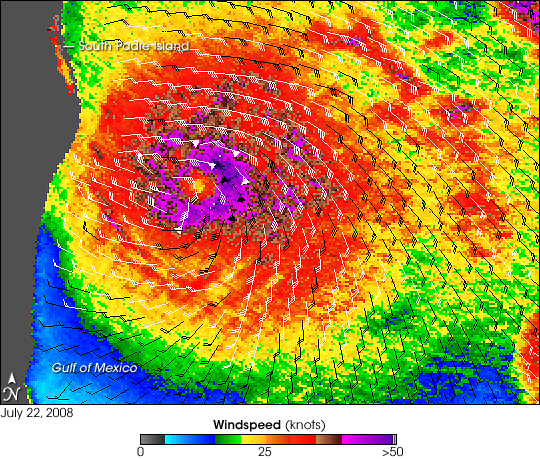 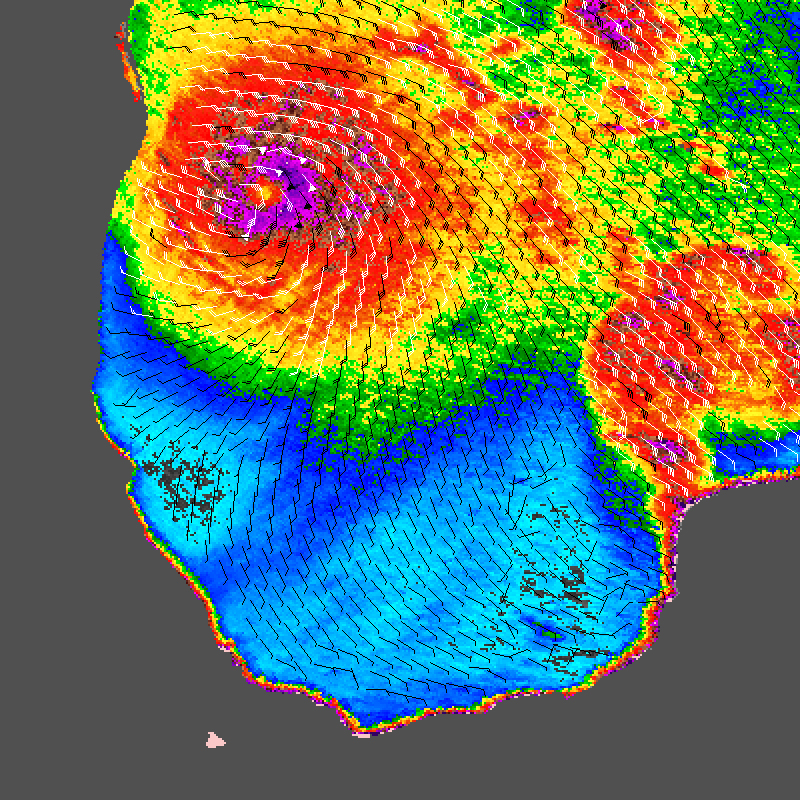 Hurricane Dolly intensified to a Category 2 storm in the Gulf of Mexico on July 23, 2008, just before it bore down on South Padre Island off the South Texas coast. At its strongest, the storm’s winds reached sustained speeds of 160 kilometers per hour (100 miles per hour), with gusting winds reaching even higher speeds. Dolly dissipated as it traveled inland, falling back to tropical storm status as of July 24.