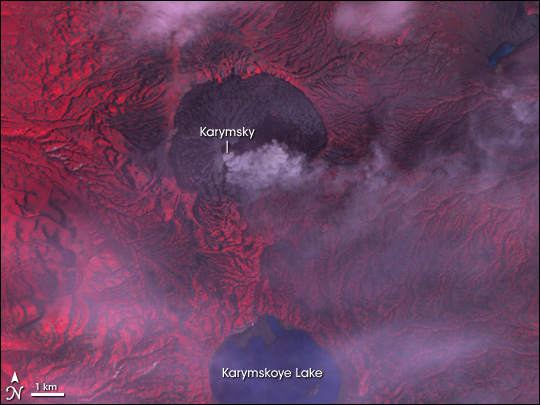 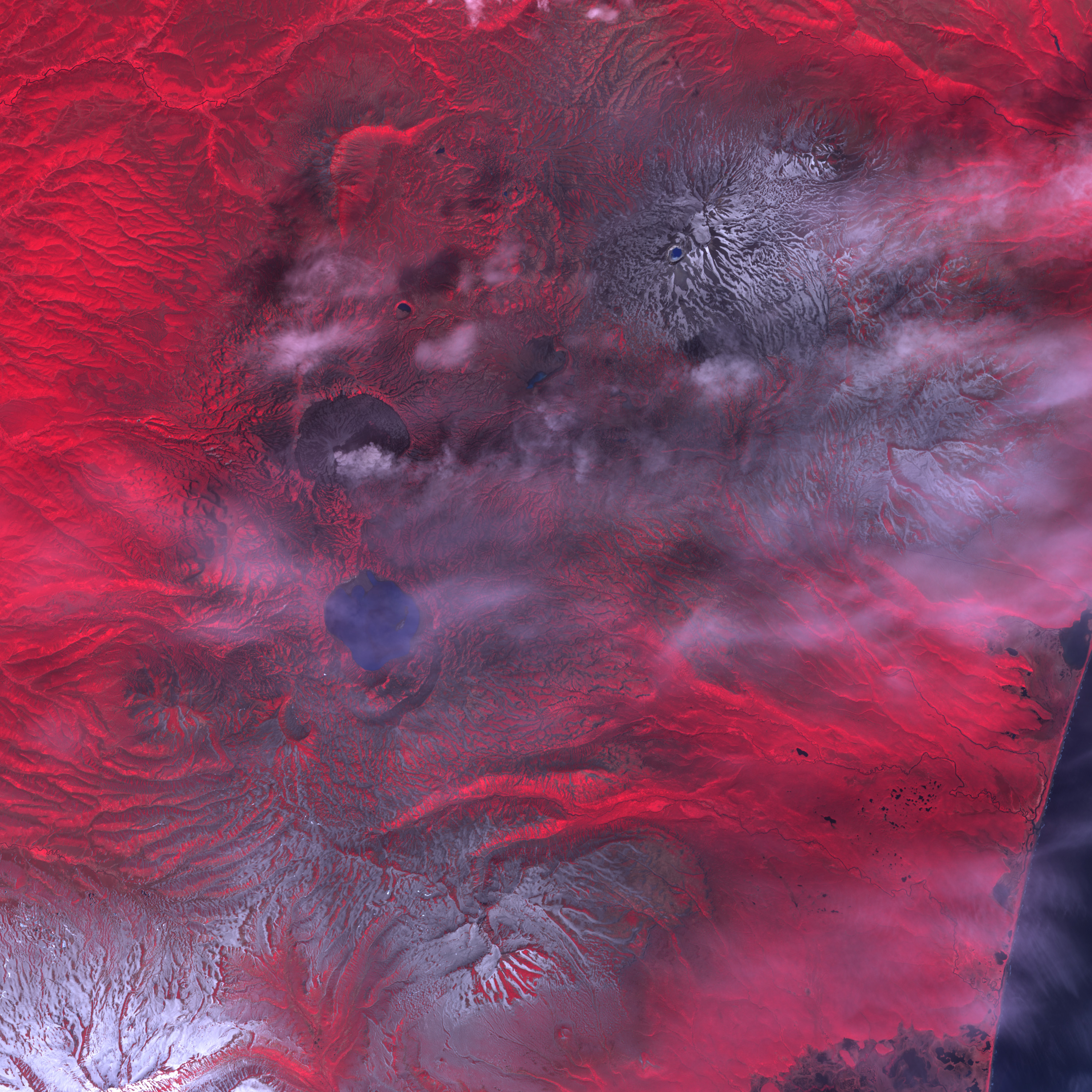 The Karymsky Volcano in far northeastern Russia had been erupting several times a day for about a week prior to emitting this ash plume on June 19, 2006. The Advanced Spaceborne Thermal Emission and Reflection Radiometer (ASTER) on NASA’s Terra satellite captured this false-color image. In this picture, red indicates vegetation, which is lush around the volcano but very sparse on its slopes. The water of Karymskoye Lake appears in blue. The volcano’s barren sides are dark gray, and the volcanic plume and nearby haze appear in white or gray.

Karymsky Volcano is the most active volcano in the eastern volcanic zone of the Kamchatka Peninsula. The volcano is composed of alternating layers of hardened lava, ash, and rocks. Historical eruptions have involved explosive eruptions of lava fragments and the release of volcanic gases. At the time of the June 19 eruption, Karymsky had an alert status of orange, indicating that a small ash eruption was expected or confirmed, but not likely to exceed an altitude greater than 7,620 meters (25,000 feet) above sea level.