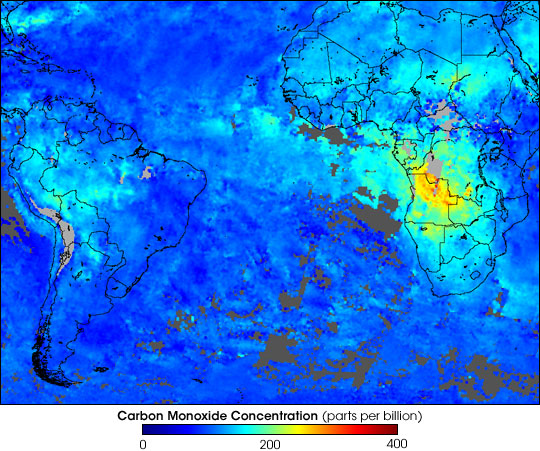 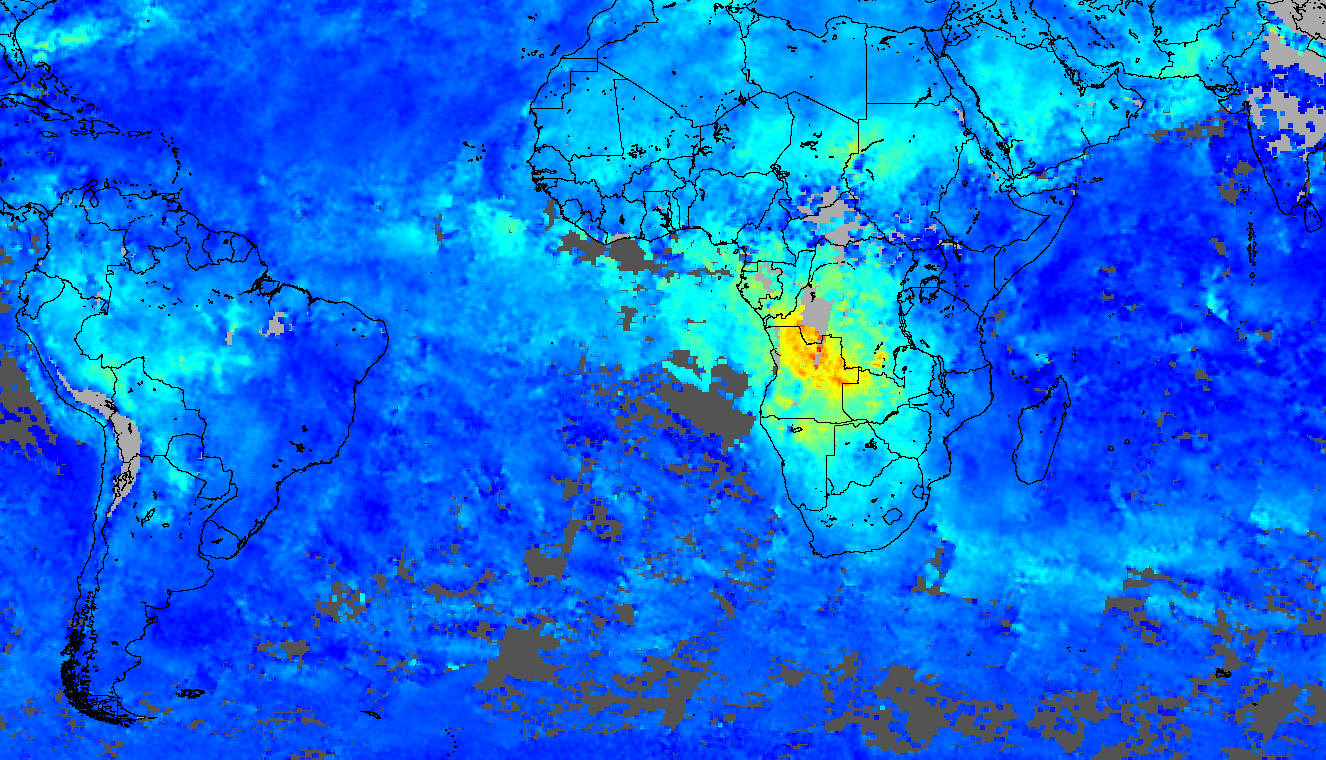 Biomass burning in the tropics is typically concentrated between July and October in the Southern Hemisphere. Large areas of forest and savannas are burned each year for agricultural purposes, and to clear away forest lands for raising cattle or new roads.

Biomass burning produces carbon monoxide which is detected by the Measurements Of Pollution In The Troposphere (MOPITT) instrument onboard NASA’s Terra satellite. The false-color image above is a composite of MOPITT data for August 1-15, 2004, and shows the high amounts of carbon monoxide coming from fires in Central South America and southern Africa. Around the equator the carbon monoxide is typically transported towards the west, while the transport of emissions from fires at higher latitudes, such as South Africa, is mainly towards the east.

In this image the concentrations of carbon monoxide are given in parts per billion by volume (ppbv) at an altitude of roughly 3 km (700 millibars). Gray areas indicate where no data were collected, either due to cloud cover or the surface elevation being higher than 3 km (such as over the Andes and the Himalaya).