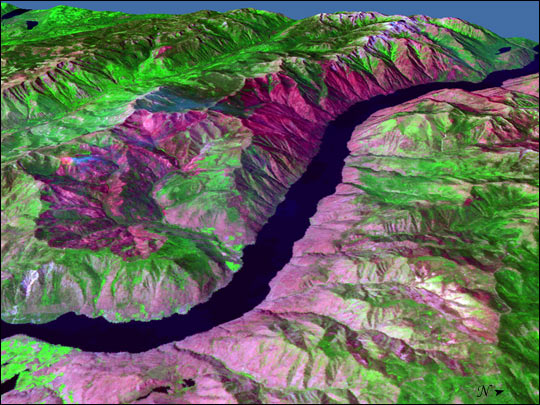 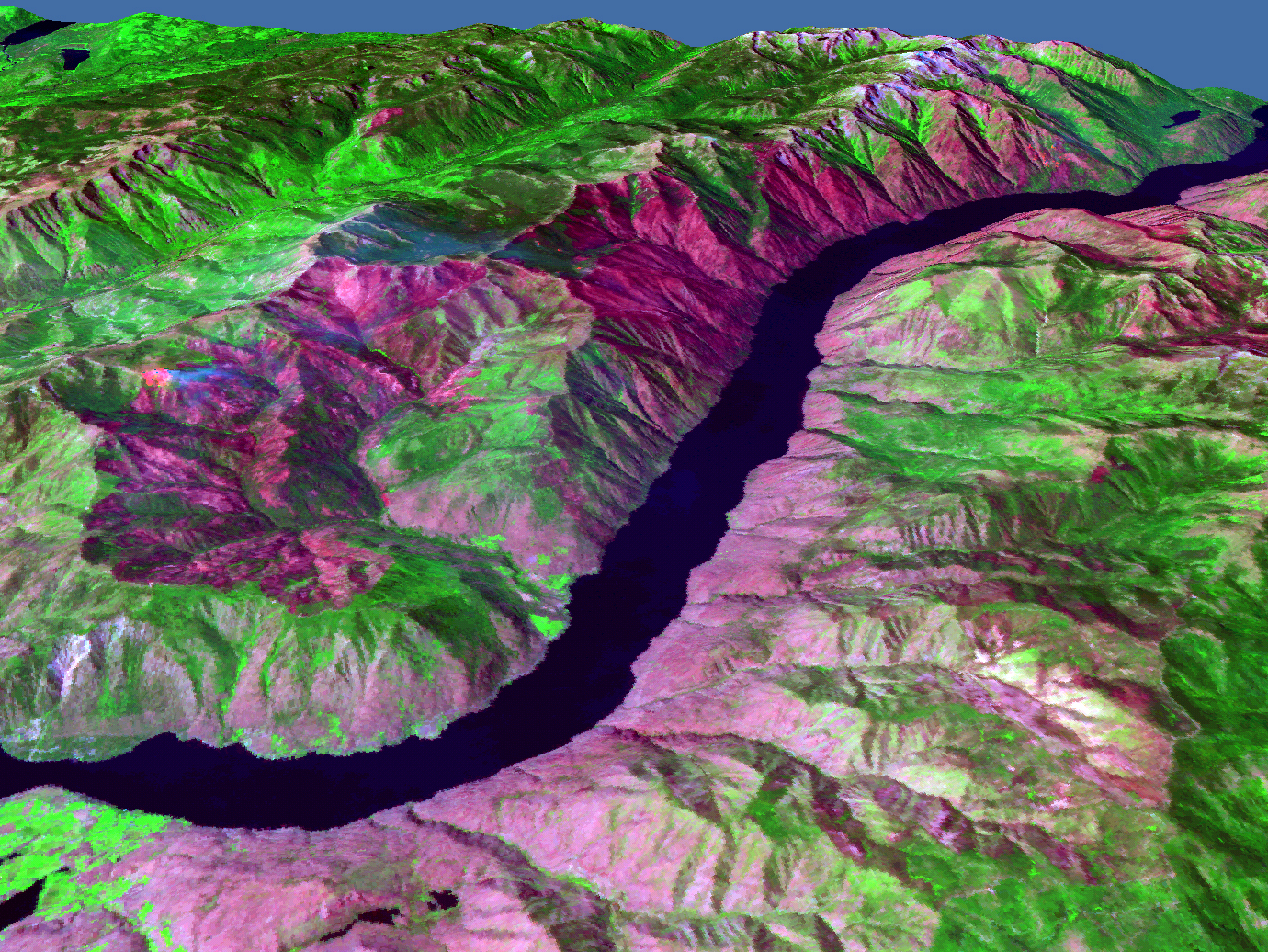 In the Okanogan and Wenatchee National Forests in north-central Washington, the Pot Peak Fire has been burning since it was started by lightning on June 26, 2004. In late July, another lightning-caused fire, the Deep Harbor Fire, sprang up nearby and the two had grown to more than 47,000 acres by August 17. The fires were burning in the Sawtooth Mountains around Lake Chelan about 15 miles northwest of the town of Chelan.

This image shows the Pot Peak (left of center) and Deep Harbor (above and to the right) Fires on August 12, 2004, with data from the Advanced Spaceborne Thermal Emission and Reflection Radiometer (ASTER) on the Terra satellite draped over topographic data that has not been exaggerated. The scene is oriented as though you were looking west (and little south) over the region from the vantage point of a hot air balloon.

The unusual color scheme of the image makes the differences between burned areas (deep magenta) and areas of naturally bare soil or sparse vegetation (light pink) easy to see. Both of these surfaces stand out sharply from unburned vegetation, which is neon green. Water is blue-black. At left center, the actively burning portion of the Pot Peak Fire glows in hot pink color on top of the ridge, and the burn scar fills the bowl of land that slopes down toward the lake. Smoke appears light blue. Scientists create images like this by assigning colors to types of electromagnetic energy detected by the sensor that is colorless to human eyes, such as thermal and shortwave infrared energy.