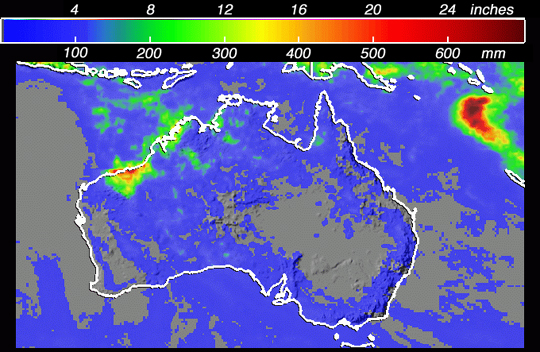 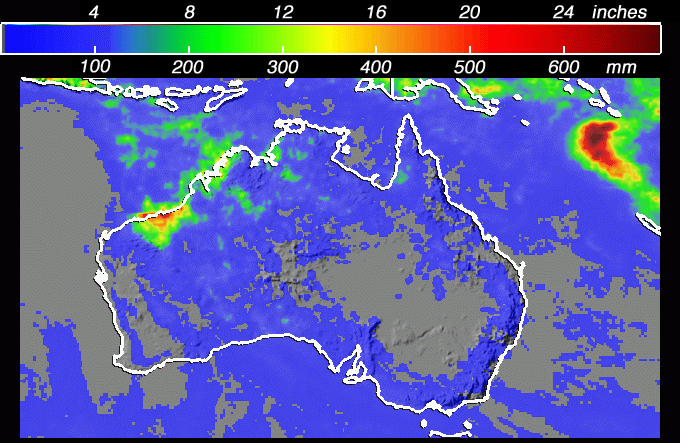 Heavy seasonal rains recently fell over a small region of Western Australia from January 23rd to the 25th. While rainfall normally occurs this time of year as part of the southern summer monsoon trough, several large, organized cloud clusters bearing heavy rains moved eastward off the Indian Ocean during a 48-72 hour period, sweeping over the same region. The portion of the country receiving the heavy rains is also mountainous (the Hamersley Range), which may have contributed to the flooding by focussing heavy downpours over small regions, and concentrating the runoff into narrow stream valleys. The image shows the isolated nature of the rain accumulation over a nine day period starting on January 20, 2003. Local area accumulations approaching twenty inches are indicated on the rainmap, which was created using data from NASA's Tropical Rainfall Measurement Mission (TRMM) satellite combined with data from other rain measuring satellites. The heavy rains followed a yearlong drought in this region, which was also ravaged by severe wildfires, and washed out roads connecting small towns.